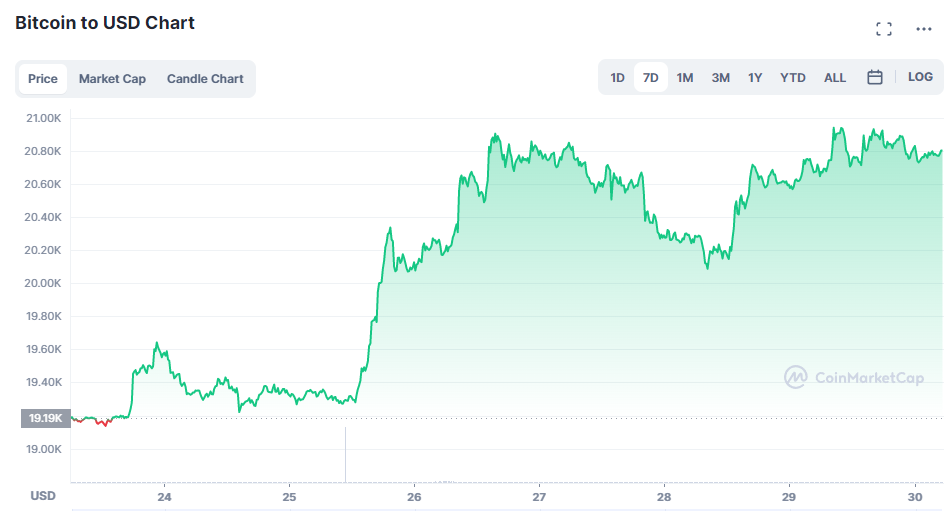 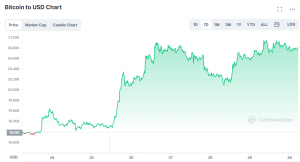 The crypto market welcomes a new cryptocurrency almost every day, but one coin that has managed to stay relevant for over a decade is Bitcoin. Introduced in 2008, the brainchild of Satoshi Nakamoto is still the number one cryptocurrency since its launch.

In this article, we’ll glance over all the price points that bitcoin could reach for the next few years. Along with understanding what influences the price of the coin & where it finds utility. Tag along to find out where your bitcoin investment is likely to land.

The History Of Bitcoin

With its inception, bitcoin opened up an avenue for an entirely new asset class to exist. Today, there are thousands of cryptocurrencies, each with its unique value proposition that try to advance on the infrastructure that bitcoin created.

Essentially, bitcoin is a digital currency based on blockchain technology that serves as a store of value and is powered by a community of miners who validate transactions on the network to keep it functional.

The creator of the token, Satoshi Nakamoto, has remained anonymous since he released the whitepaper for the coin. Speculation about the identity of this individual still surfaces on the internet, however, there isn’t any solid proof of who this person could be.

During this bull run, the market cap of bitcoin exceeded $1B for the first time. It wasn’t until three years after this bull run that the coin managed to reach a price of $1000 again.

The year 2017 welcomed a bull run, where bitcoin soared to almost $20,000 for the first time. Where the adoption of the coin saw massive numbers, as retail investors wanted to be a part of this newly popular asset class, cryptocurrencies.

In 2020, the coin was preparing itself for a massive spike in September of that year and reached a never before seen peak, only to take a nose dive and rise again to set a lifetime all-time high of $68,790.

Amidst all the glory, the coin soon lost its firm on the record price and began to descend by the end of last year. A bunch of factors including China’s crackdown on bitcoin mining & the Terra crash led the coin to a gradual bottom.

Currently, the coin is trading at $20,870 and has managed to resist the $20k level for quite a while now. Down 70% from its all-time high, bitcoin hasn’t lost any credibility among investors, if anything, new investors are increasingly becoming aware of the coin.

Investors who closely follow cryptocurrencies are aware of the bull and bear cycles that regulate the market & bitcoin is a coin that demands commitment. For the same reason, investors still choose bitcoin to be their first preference for cryptocurrency investment. Knowing, very well, that it’s highly likely to reward them in the future.

We too have a few estimates of where the coin could reach, and here are a few predictions that shed some light on the potential price of bitcoin in the following years.

We’re currently almost about to enter November and it would be unreasonable to expect bitcoin to make any exponential move, such as crossing $100k as the targets believed last year. However, the coin could easily increase in price by 50% by the end of the year, since it shares strong support from a lot of institutions. Along with many high-net worth individuals such as Michael Saylor and Elon Musk, as well as strong support from the retail market.

In November, the coin could touch the $25k level, if it plans to close the year over $30k. Investors willing to enter the new year with investments in bitcoin could help raise the price of the token, however, it would be tough for the coin to cross $30k, in the month alone.

By the end of the year, bitcoin could very well break the $30k barrier and land somewhere around $32,000 if investors remain optimistic. Otherwise, it’s fair to assume that the coin won’t go below the $20k level, since the price has been holding off pretty consistently so far. A more massive target could be expected in the year to follow.

The adoption of bitcoin is constantly increasing and the token is still among the first considerations for a baseline exchange currency in the offline market. Many stores have started to accept bitcoin as a method of payment, both online and offline. And there are also more than 30k bitcoin ATMs across the world. Where users receive bitcoin in their wallet in exchange for fiat currency, without going through the hassle of purchasing it online. This feature is expected to increase adoption among demographics that are not technologically well-versed.

As the utility around the coin increases, it could return to its all-time high and cross $69k in the year 2023. If not, the coin is still expected to hover around the $50k level- which is where the coin will end up if it maintains a gradual movement.

The next bitcoin halving is scheduled to take place in the year 2024, which is when the block reward for mining a single block of bitcoin will decrease from 6.25 to 3.125, and will consequently help increase the price since it increases the scarcity of the token.

Along with that, the much-anticipated launching of bitcoin ETFs, approved by the regulating authorities monitoring the asset class, is expected to be available around or before the year 2025. And this will increase the participation in bitcoin trading by quite a margin, lending a hand to increase the price of the token to almost $80k.

A few sites on the internet predict the price to cross $100k, however, that’s too optimistic for now. Although, if a bull run is to occur, the price could very well cross the barrier.

In a longer timeframe, such as the year 2030, bitcoin is sure to be above $120k according to a lot of prediction sites online, with some suggesting targets of over $500k. However, it’s more reasonable to expect bitcoin to hover around $150k in the year 2030. 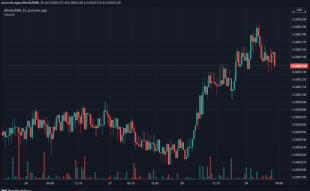