Homenewsbitcoin price prediction btc usd at risk of moving below 9000 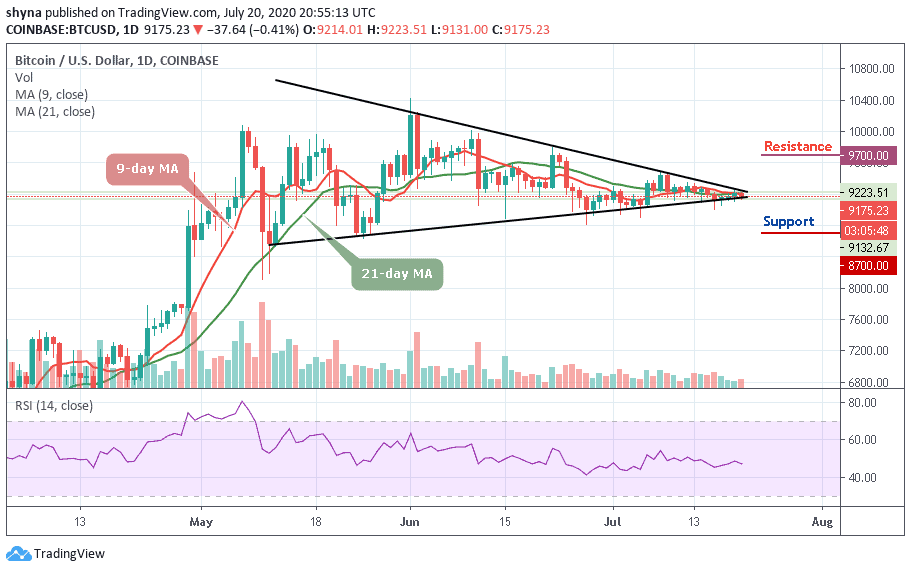 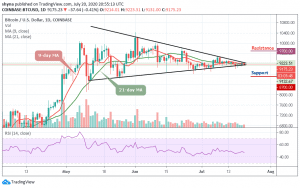 The Bitcoin bulls are already losing control as the coin targets a $9,000 support level.

BTC/USD resumes the decline after touching the daily high of $9,223 in the early hours of the trading session today. At the time of writing, BTC/USD is changing hands at $9,175, down nearly 0.41% since the beginning of the day. The first digital coin has been drifting lower since the start of the day as the upside momentum has faded away on approach to $9,200. Currently, BTC/USD is moving within a short-term bearish trend as the volatility is low.

Comparing with the 4-hour chart, the bears have been in the control of the market for the past few hours, but the bulls are now stepping back into the market, trying to defend the $9,100 support. If not, the $9,080 and below may come into play if BTC breaks below the mentioned supports.

However, in as much as the buyers can reinforce and power the market, traders can expect a retest at $9,200 resistance level, and breaking this level may likely push the coin to the resistance level of $9,250 and above. The RSI (14) is moving in an uptrend, suggesting bullish signals.

Grayscale CEO: United States “Past the Point”’of a Bitcoin Ban

Despite the continued push for crypto adoption in the United States, there are still ...