Homenewsbitcoin etf product filed by goldman sachs with the sec 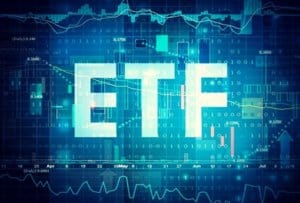 Goldman Sachs, a major investment bank in the US, has recently filed a new prospectus with the US regulator, the Securities and Exchange Commission, or SEC. This prospectus was regarding an exchange-traded fund that promised to allow investors to gain exposure to cryptocurrencies, the Bitcoin most of all.

The filing itself revealed that Goldman Sachs’ proposed ETF stands with the name ARK Innovation ETF. The ETF in question, as per the filing, was explained that it would focus on companies that Goldman Sachs considers to be offering “disruptive innovation”, claiming that exposure to Bitcoin was one of the main points of this operation.

According to the filing, the ETF itself will have its exposure to Bitcoin indirectly, among other cryptocurrencies. This will be done through an investment with a grantor trust, instead. The firm warned that the exposure to cryptocurrency the ETFs offer may be subject to change, as such stipulating that these types of exposure may not always be represented in the ETF’s portfolio.

A Quite Predictable Outcome

It was already reported in the past that Goldman Sachs had made a clear intent when it comes to openly consider the launch of a Bitcoin ETF, as well as a crypto custodian service offering. Of course, Goldman Sachs isn’t the only financial giant seeing Bitcoin’s potential.

Fidelity Investments, the asset management giant, has recently filed with the SEC for its own BTC ETF, as well. This ETF, going by Wise Origin Bitcoin Trust, would aim to track Bitcoin’s performance, using the Index as the prime means of measurement. Fidelity warned that these will be subject to adjustments based on the Trust’s liabilities, such as general expenses.

Canada And Brazil Already At It

With This, both Fidelity Investments and Goldman Sachs stand as the two latest institutions to apply for a Bitcoin-related ETF within the US regulatory authorities. No application has been approved by the SEC quite yet, as the watchdog is currently in the process of reviewing the Bitcoin ETF proposal from VanEck.

It should be noted, however, that countries such as Brazil and Canada already boast Bitcoin ETFs of their own. North America’s first Bitcoin ETF was given the green light by Canada’s regulators back in February of 2021, and Canada has gone on to approve two more ETFs ever since. Brazil, on the other hand, has had its regulators give approval for the first-ever Bitcoin ETF in Latin America back in March of this year.