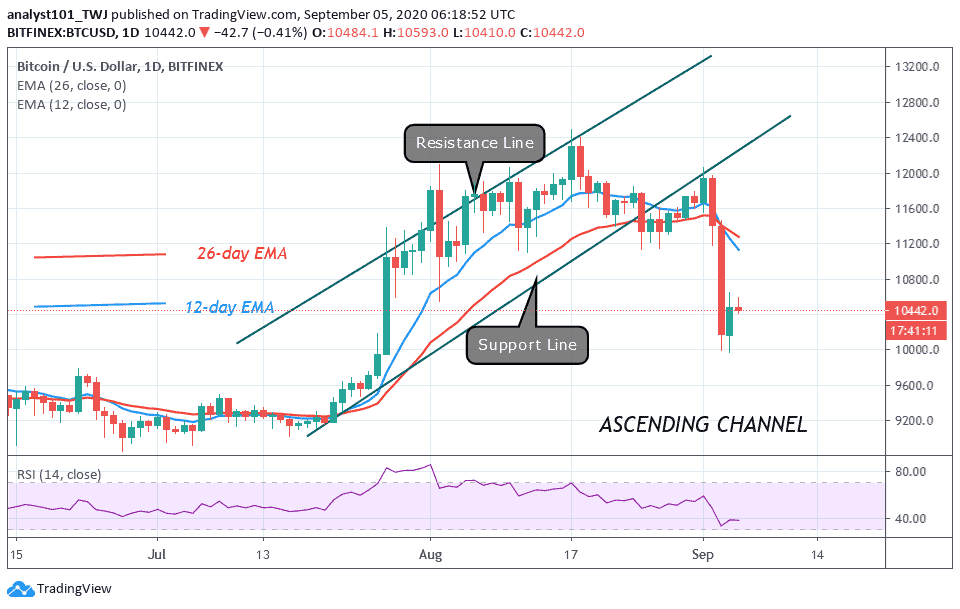 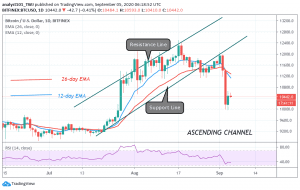 The king coin is likely to fall below $10,000 but currently trading at $10,400. Buyers’ inability to sustain BTC after breaking the overhead resistance as caused the coin to depreciate quickly on the downside. Although the selling pressure has subsided, Bitcoin is likely to fall again. It has come to battle with many other factors. One of such factors is the appreciating strength of the U.S dollar. The strength of the dollar will weaken the BTC price.

Nonetheless, on September 4, buyers attempted to push BTC above the $10,500 but fail. Nevertheless, for the upside momentum to resume, buyers will push BTC above the EMAs or $11,500. In the meantime, the bullish scenario has been invalidated. The crypto is likely to fall as price action indicates bearish signals. The major indicator is the breaking of the EMAs which suggests further downward move. The coin is at level 38 of the Relative Strength Index. Price may fall as it is below the centerline 50. It appears the market is approaching the oversold region of the market.

BTC Price, Gold, and Stocks Plunge in a Cycle– What’s Next for Bitcoin Price?
There are reasons for the recent fall of Bitcoin (BTC), the S&P 500 index, and Gold on September 3. Bitcoin’s recent fall was partly the selling of the usual large amounts of BTC in a short period by miners. Also, the U.S dollar is recovering from a key multiyear support area. It is believed that the Gold decline was the rising of the U.S dollar. The fall of the S&P 500 was accidental as the drop emanates from a strong sell-off from big tech companies. In the case of Bitcoin, the sentiment around the fall remains varied. There are reports of negative sentiment around the recent fall. Some believe that Bitcoin will stabilize around $10,500 before the resumption of upside momentum.

Bitcoin will further decline according to the Fibonacci tool. On the August 18 downtrend, the retraced candle body tested the 50% Fibonacci retracement level. This implies that if the bears break the $10,000 support, BTC will fall and reach the 2.0 Fibonacci extension level. That is a low of $9.800 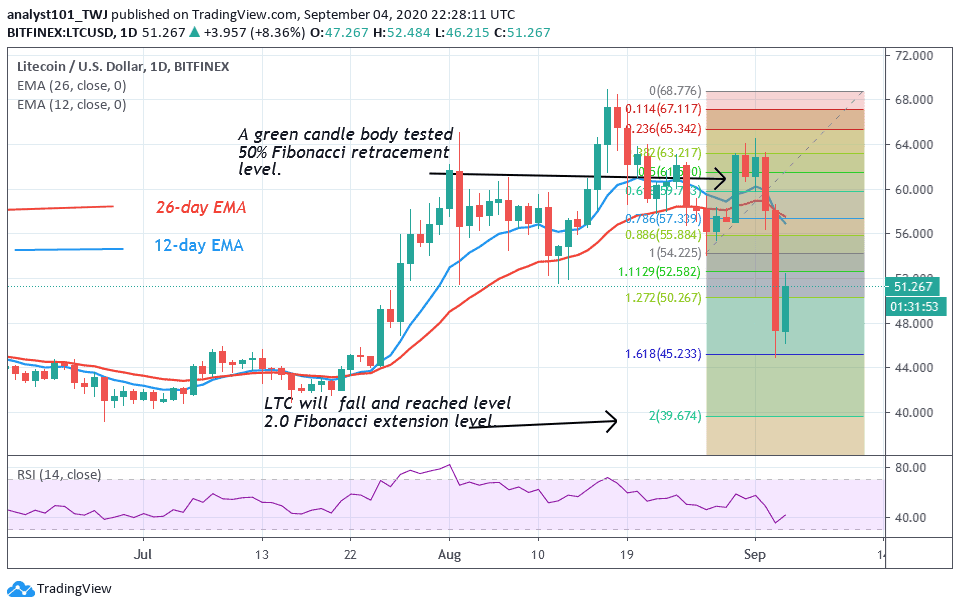