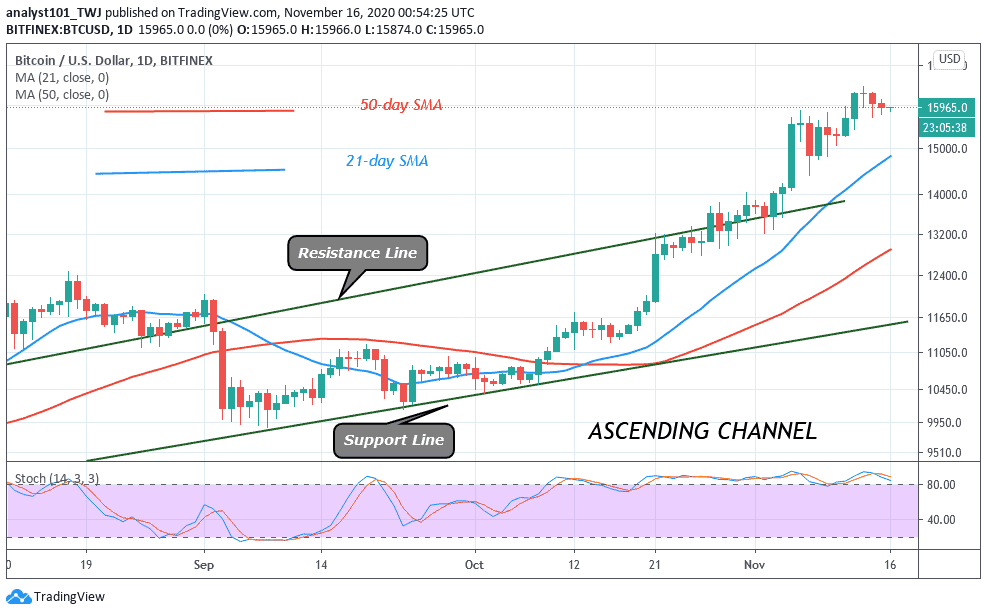 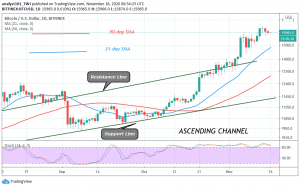 Conversely, if the BTC price drops below $15,785, the coin will fall to the previous range bound zone of $15,000 and $15,800. Meanwhile, Bitcoin is trading above the 80% range of the daily stochastic since October 10. This implies that BTC has been trading in the overbought region of the market. This suggests that the bulls have been in control of price.

100 Billion Reasons Why Apple Should Get Behind Bitcoin by Michael Saylor
According to portfolio manager Dan Weiskopf, Apple should invest a portion of its massive cash reserves in Bitcoin, Toroso Investments’ as posted on ETF Think Tank website. Dan Weiskopf has a win-win plan for a fitting marriage between tech’s biggest giant (Apple)and Bitcoin, which has been endorsed by Michael Saylor. Michael Saylor and former Goldman Sachs hedge fund manager, Raoul Pal both predicted Apple would make a large scale investment in Bitcoin in the upcoming years. Saylor has tweeted that the tech giant could see a $100 billion gain in market cap by integrating Bitcoin with their products and adding it to their holdings.

Meanwhile, Bitcoin has continued to push on the upside as it struggles above the $16,000 price level. BTC price has chances of a further upward move. On November 6 uptrend, the retraced candle body tested the 50% Fibonacci retracement level. This retracement indicates that Bitcoin will rise to level 2.0 Fibonacci extension .That is the high of $18,247.80. 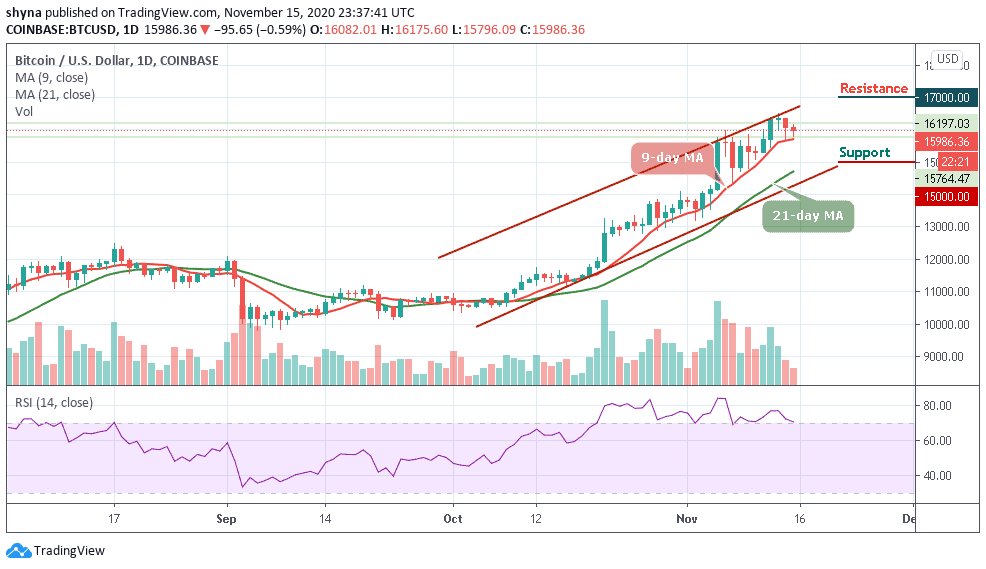