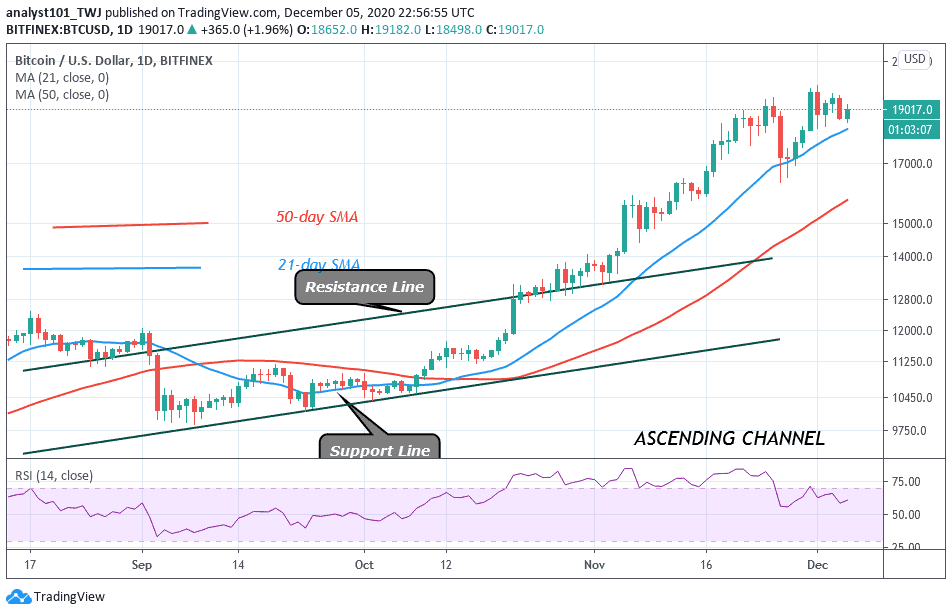 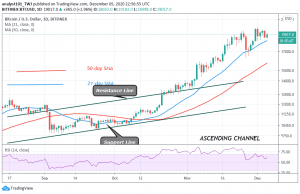 Despite the bulls’ failure to break the overhead resistance, the current consolidation near the resistance zone has been sustained. The $18,500 support has been holding as BTC continues its fluctuation. Bitcoin will rally above $20,000 if the $18,500 support holds. In a nutshell, the bullish scenario is that a breakout will occur if the $18, 500 holds. On the other, a breakdown will occur, if the $19,600 resistance remains unbroken. In a breakout, the price will rally above $22,000. Also, in a breakdown, BTC will plunge to $16,000