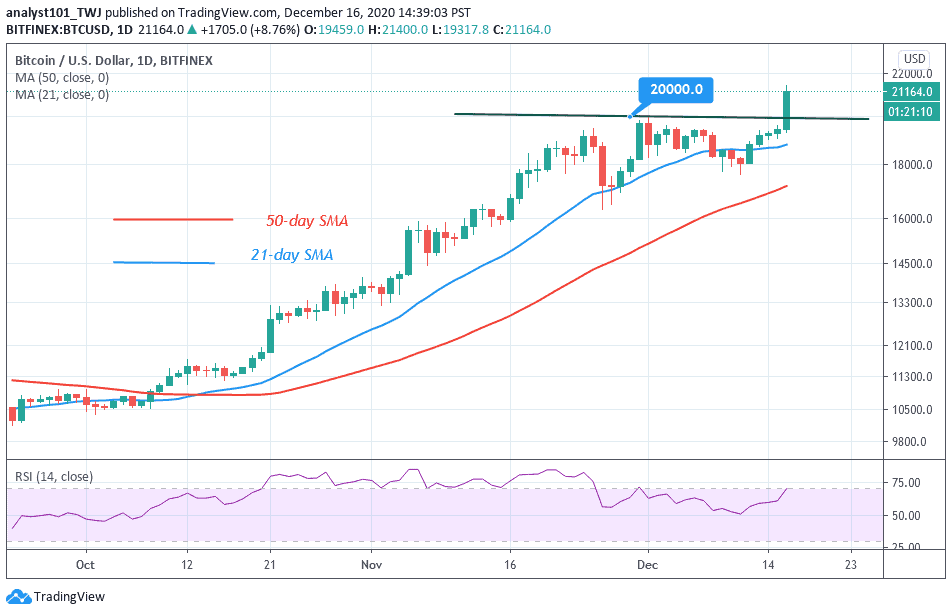 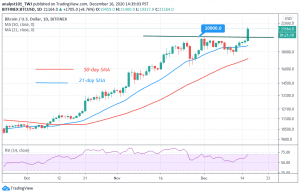 Following the recent breakout, Bitcoin has surpassed the 2017 price level. Analysts believe that the breakout has a target price of over $22,000. This year’s rally appears to be different from 2017 price action. This rally has been aided by investors who believed that Bitcoin is a store of value. Also, institutional investors are making a strong demand for Bitcoin. With this rally, Bitcoin has performed more than Gold and S&P. Gold and S&P have also broken their all-time highs this year. Traders believe that these rallies are being fueled by institutional growing demand for Bitcoin. For example, in 2017, Bitcoin data suggested that retail and mainstream investors were behind the Bitcoin rally.

Bitcoin (BTC) Indicator Reading
The king coin has risen to level 70 of the Relative Strength Index period 14. It indicates that Bitcoin is in an uptrend zone. Also, Bitcoin has reached the overbought region of the market. The market will rise as long as the price is sustained above the SMAs. The king coin is above the 80% range of the daily stochastic. It indicates that the market is in the overbought region of the market. 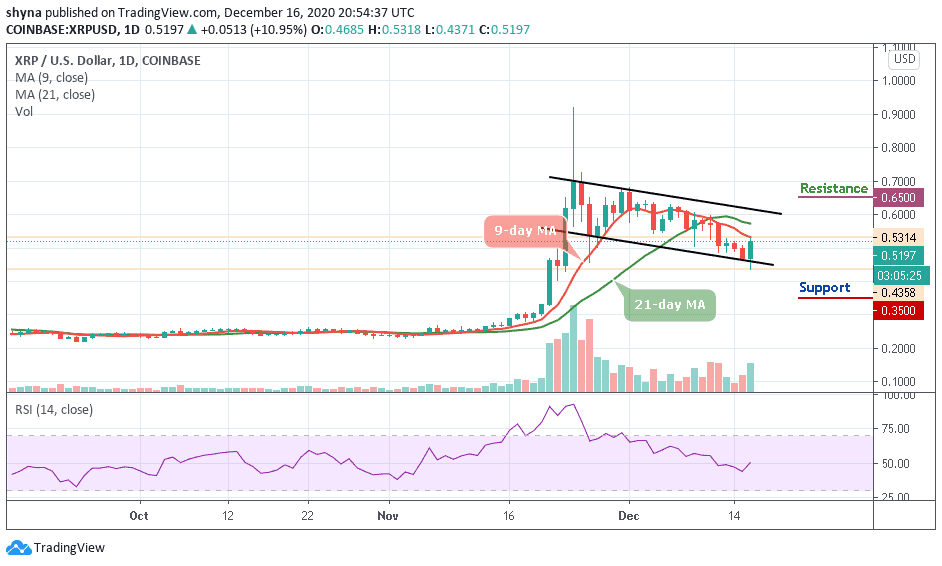