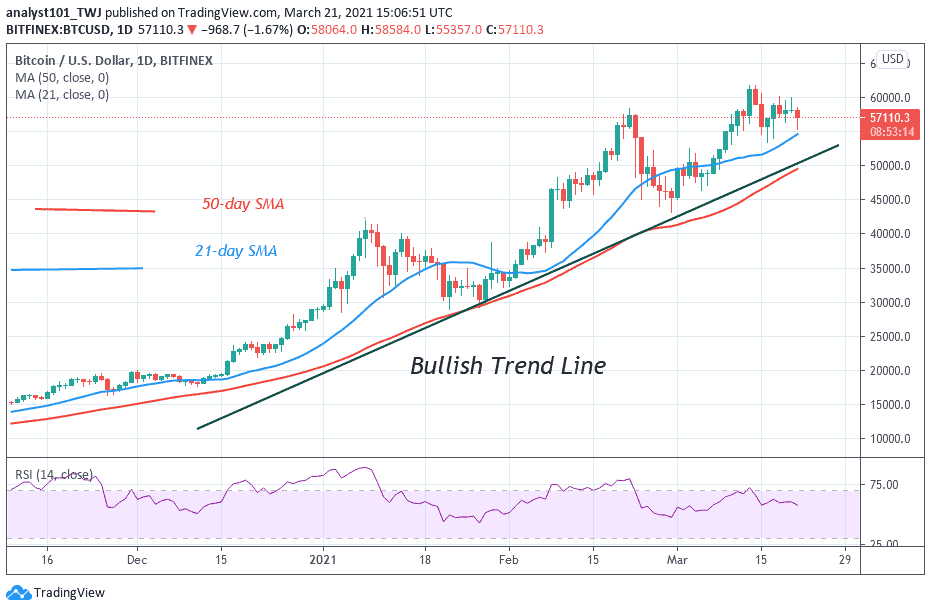 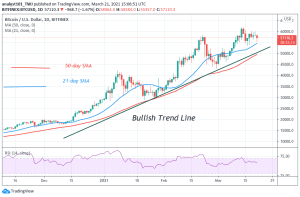 Bitcoin (BTC) Price Prediction – March 21, 2021
BTC/USD was earlier trading close to the $60,000 resistance for the past three days. The bulls were at one time close to breaking the resistance level but the king coin shows weakness above the psychological price level. Consequently, Bitcoin fell to $55,357 low as at the time of writing.

Bitcoin price has been having repeated rejections at the $60,000 resistance zone. The implication is that Bitcoin may risk a breakdown. The coin can rise if it is in the bullish trend zone above the $58,000 high. Nevertheless, if it continues to fall below the $58,000 support, the crypto will slide into a deeper correction. For instance, if the bears break the $54,000 support, the market will plunge to $48,000 low. This downtrend will create an uphill task for BTC price to correct upward. Conversely, if the bullish momentum is sustained above $58,000 support, the continuous retests at resistance will weaken the $60,000 price level. This will push the king coin to rise and reach its next target price at $72,000.

Germany Financial Regulator Has Given Strong Crypto Investment Warning
Germany’s Federal Financial Supervisory Authority, or BaFin, has warned investors to take precautions in crypto investments, especially in the present bull market. Generally, they should know at their fingertips the risks in cryptocurrency investments. BaFin has made similar statements to several European regulators including the European Securities and Markets Authority and the European Banking Authority. In response, European Union lawmakers are running toward creating an EU set of laws for digital currencies. German regulators have some legal structure for digital assets in the country. In Germany, BaFin provides licenses to Crypto custody providers, exchanges, and other businesses to operate in digital currencies. BaFin has indicated that there is no protection against losses for retail consumers in the cryptocurrency investment, hence the warning.

Bitcoin price is making an upward move to sustain above the $58,000 high. Bitcoin bulls will resume upside momentum once it regains bullish momentum above $58,000 support. Meanwhile, On March 14 uptrend; a retraced candle body tested the 78.6% Fibonacci retracement level. The retracement indicates that Bitcoin will rise to level 1.272 Fibonacci extensions or the high of $72,815.80. Presently, Bitcoin is struggling to break above $60,000 resistance. 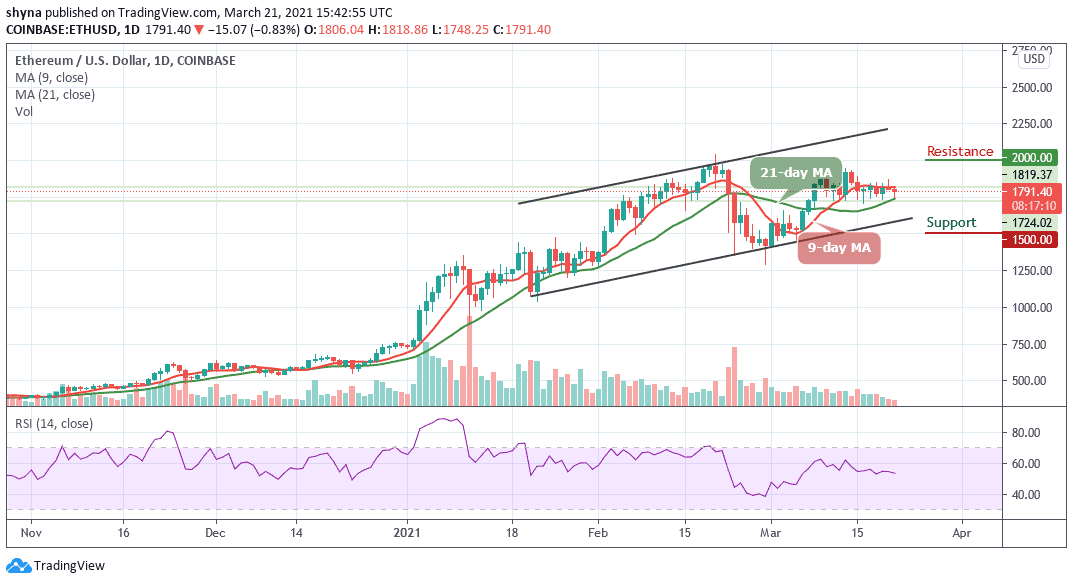