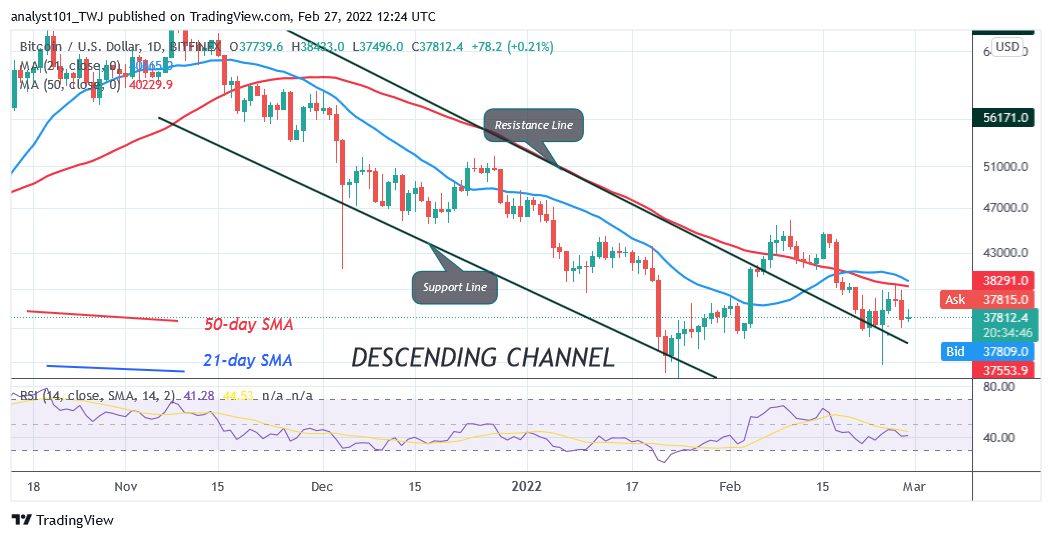 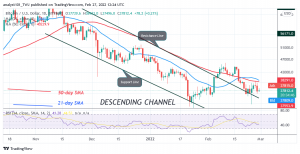 BTC/USD has been trading below the moving averages as Bitcoin rebounds above $40K. Bitcoin has been falling gradually as it reached a low of $37,051. On the downside, Bitcoin will revisit the previous low of February 24, if the bears break below the $37,000 support. The largest cryptocurrency has reached the high of $41,028 as of press time.

Bitcoin (BTC) price faces rejection at the $39,840 resistance as the crypto resumes a downward move. Bitcoin retested the $39,467 high and then resumed a downward move. BTC’s price has fallen and it is hovering above the $37,000 support. On February 27 price slump, BTC price fell to the oversold region of the market. The implication is that the selling pressure is likely to ease as the market declines to $37,055 low. However, for the past 48 hours, the BTC price has been consolidating above the $37,000 support. On the downside, if the bears break below the current support, BTC/USD will decline to $34,000 low However, Bitcoin will be faced with a deeper correction if the downtrend extends beyond $34,000 low. On the upside, BTC/USD will rebound if the $37,000 support holds.

In the first week of the Russia-Ukraine war, the Ukrainian government has solicited for funds to support its civilians and troops. Given this, the government is open to accepting Bitcoin, Ethereum, and Tether as donations. For instance, the Vice Prime Minister of Ukraine Mykhailo Fedorov also shared three crypto wallet addresses to facilitate donations to Ukraine.

On the 1-hour chart, BTC price has been in a range-bound move as Bitcoin rebounds above $38K. The cryptocurrency has been fluctuating between $38,260 and $40,330 price levels before the recent breakdown. On February 27, the bears broke below the lower price range as price fell  to $37,051 low. Meanwhile, on February 27 downtrend, a retraced candle body tested the 50% Fibonacci retracement level. The retracement suggests that Bitcoin will decline to level 2.0 Fibonacci extension or $37,366.40 low. 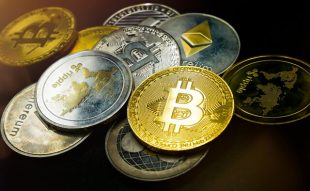 It’s been a pretty interesting first few months for the crypto market. With the ...