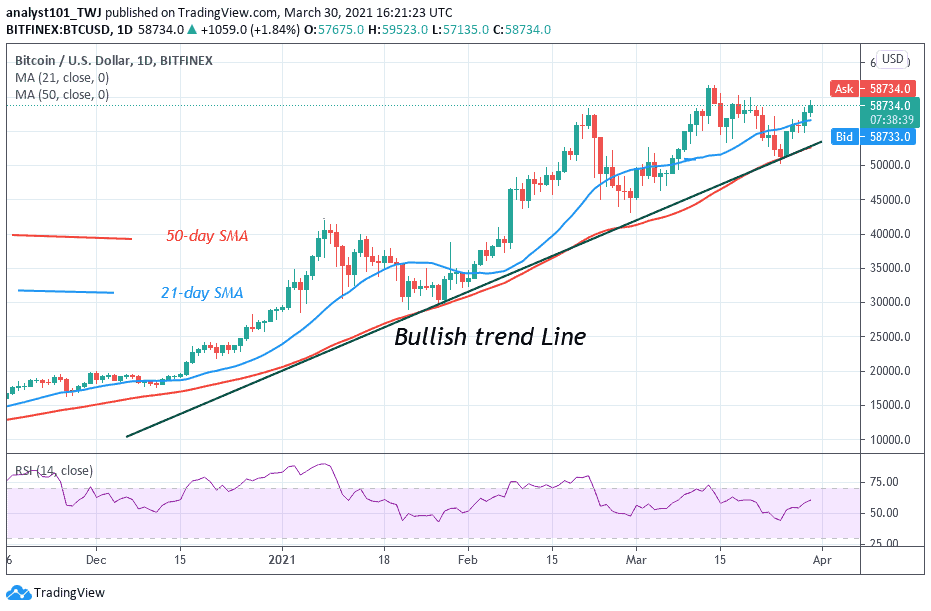 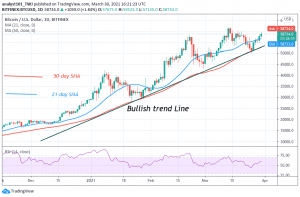 Bitcoin (BTC) Price Prediction – March 30, 2021
Bitcoin bulls have reclaimed the $58,000 support after retesting it twice. BTC/USD price was in downward correction for two days before reclaiming the crucial support level. Following the successful breakout above $58,000 support, Bitcoin rallied to $59,409 high and was repelled. The king coin pulled back above the $58,000 support.

Today, Bitcoin price has rallied to $59,409 high before making a pullback. This will be the second time buyers will be retesting this zone. On March 17, the retest at this resistance zone caused the crypto to decline to $50,350 low. Promptly, the bulls bought the dips which catapulted the coin to reach a recent high. Fortunately, the $58,000 crucial support has been reclaimed by the bulls. Today, the market is making a pullback above the $58,000 support after retesting the $60,000 overhead resistance.

The crypto’s price has been weak in breaking the overhead resistance. Presently, the BTC price is trading at $58,862 at the time of writing. On the upside, if BTC price rebounds above the current support, the market will rally above $60,000 and $61,693 price levels. However, if price turns away from the $60,000 resistance zone, Bitcoin is likely to decline to a deeper correction.

According to reports, Bitcoin’s market capitalization is enough to make BTC appear in the top 10 “stock of narrow money” rankings. That is, M1, or narrow money, implies the total supply of physical currency in circulation as well as traveler’s checks and other forms of demand deposits held by non-banking institutions, public firms, and private sector organizations among others. However, Spain and Italy are the only two nations above Bitcoin whose M1 money supply figures are below the $2 trillion marks.

Bitcoin price has retested the $60,000 overhead resistance but failed to break above it. However, buyers have reclaimed the $58,000 crucial support level. The Fibonacci tool analysis is likely to hold if the overhead resistance is eventually breached. The retraced candle body tested the 61.8% Fibonacci retracement level on March 13. The retracement has given a clue to the possible target price of Bitcoin.BTC price is likely to rise to level 1.618 Fibonacci extension or the high of $70,804.10. 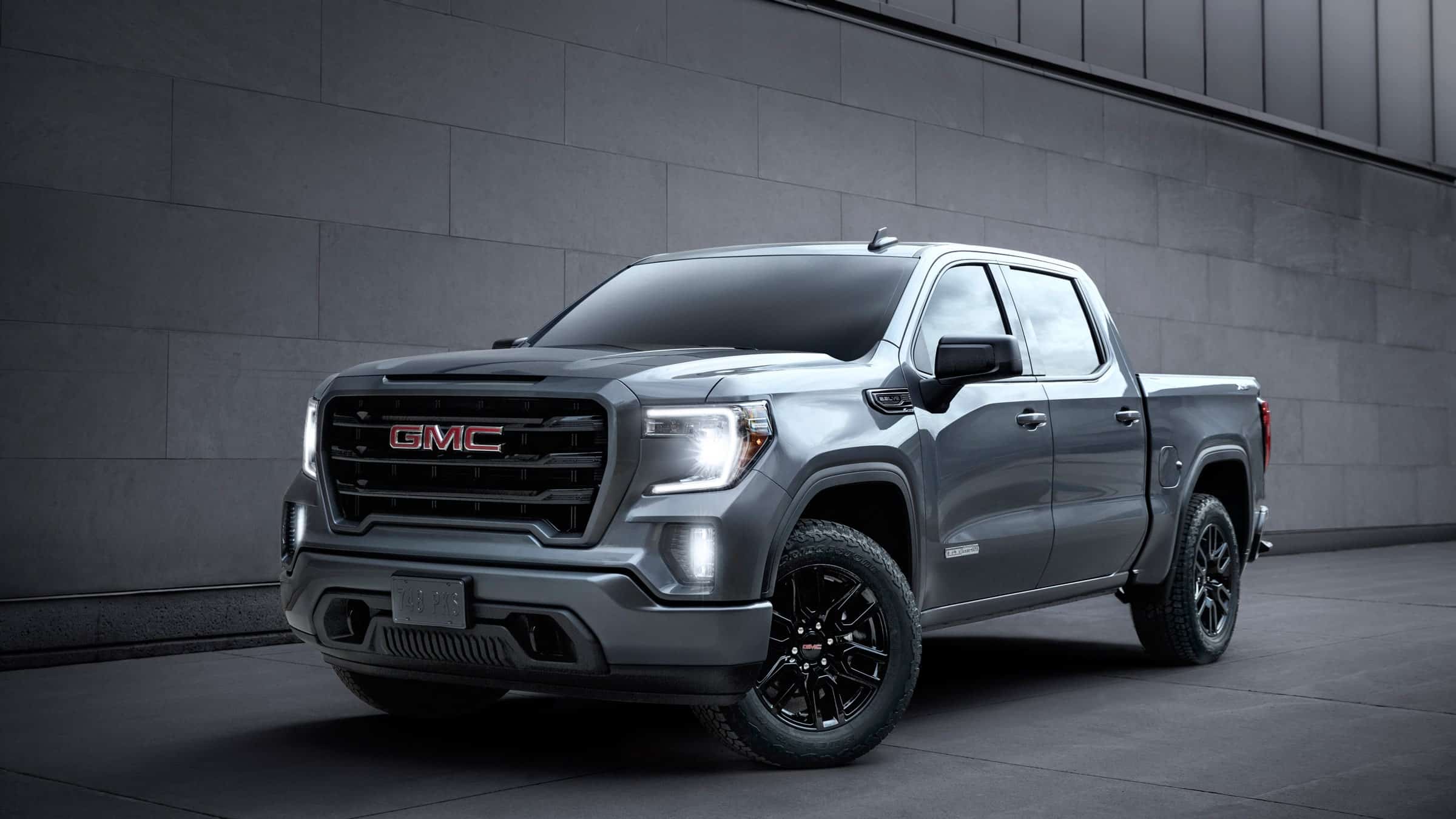