Homenewsbitcoin after the storm an asset for recession times 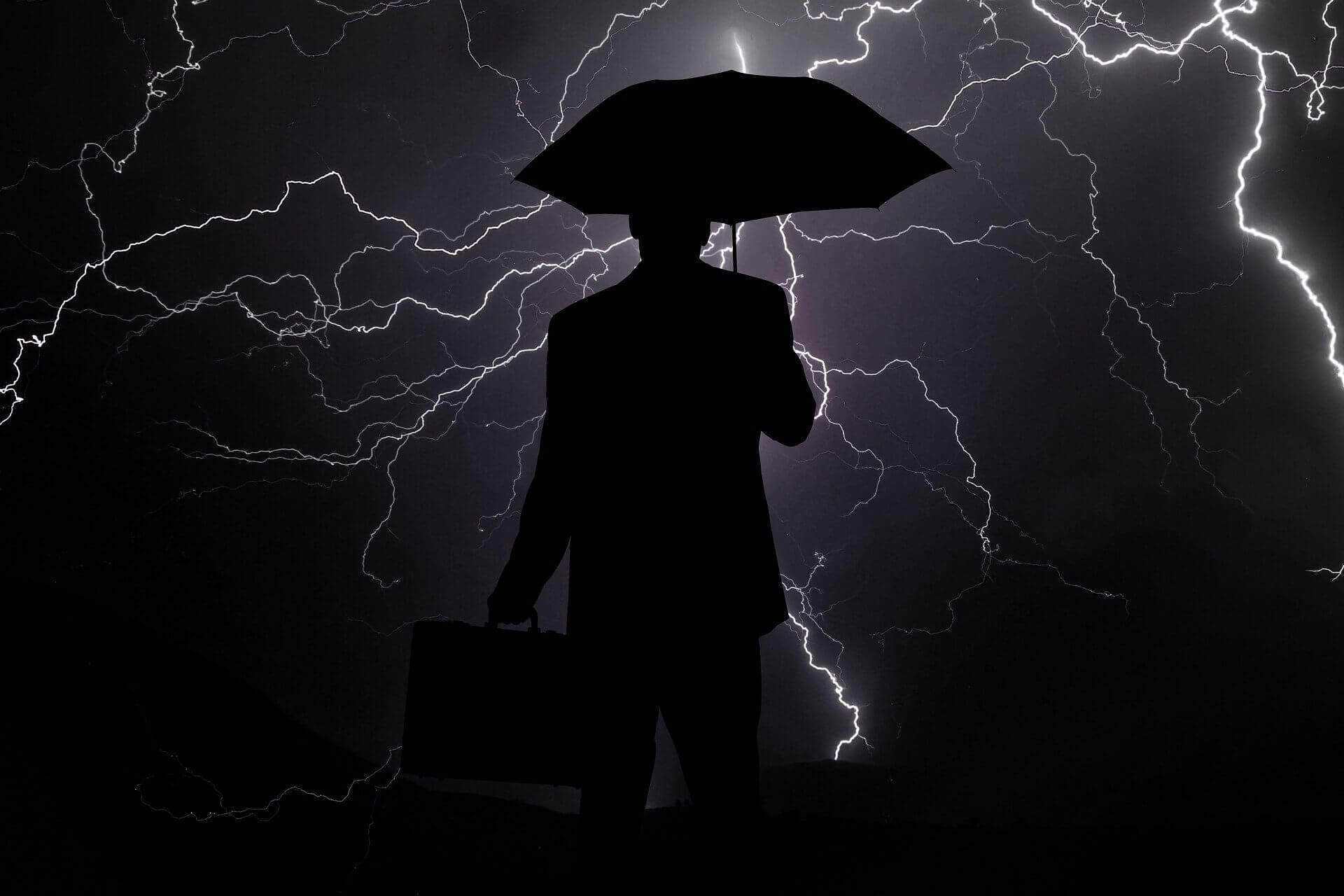 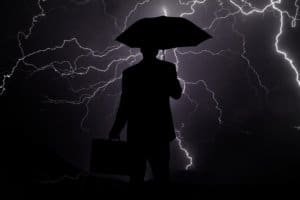 Bitcoin continues to shed value in tandem with equity markets.

However, after dropping to sub $5,000 territory yesterday (16 March) it has attempted to consolidate with a climb higher to $5,300.

Probably not much to write home about but it is doing a hell of a lot better than gold today and yesterday, which is a feather in the cap for the digital gold proponents.

Indeed it could be that bitcoin is shaping up to be the asset class for recessions – once the shock of the new reality has passed.

The yellow metal was off 4% yesterday at one stage until short covering turned the tide. At the time of writing it is 0.2% lower so far, despite the announcement of more quantitative easing from central banks around the world. 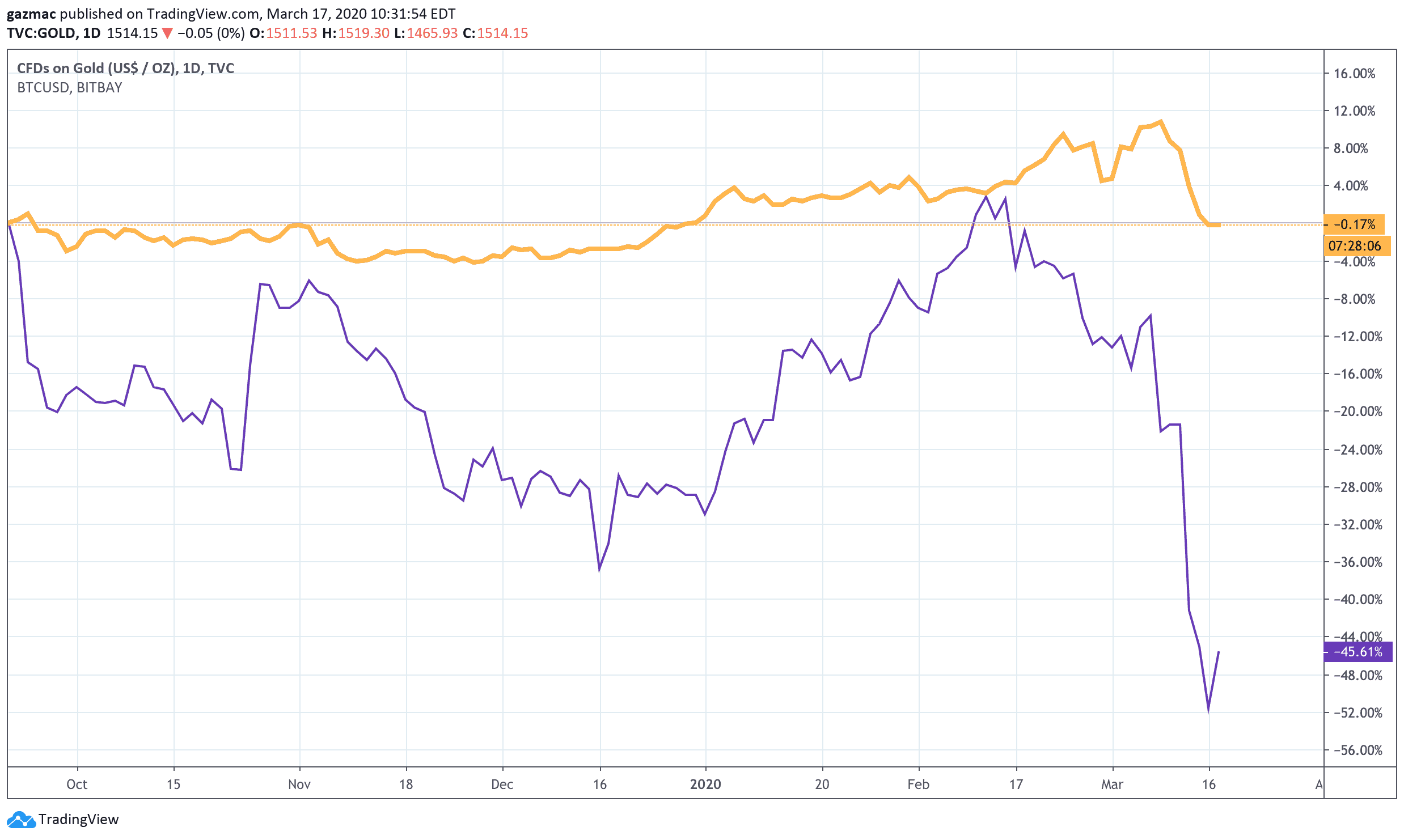 Crypto is being helped by some renewed tentative buying in equity markets. That comes on the back of hopes for fiscal boosters that measure up to the task at hand will turn into reality sooner rather than later.

Without a doubt the financial markets have been in full-on liquidation mode. In such a climate everything gets correlated to everything else: equities down, gold down and even US Treasury 10-year’s down at one stage despite the central bank buying.

We must say the same for bitcoin as well as the safe haven thesis was tested to destruction.

No bitcoin (BTC) bottom yet

In the extreme volatility of recent times, this could be one of the green days across the board.

This will no doubt bring out the Twitterati analysts to hail the short-term consolidation for bitcoin’s part, it is probably way too early to make that assessment.

To be brutally honest, the way could still be opening up for a decline to last year’s lows at $3,200.

More scarily, the possibility of a collapse below that level cannot be discounted either, with the likes of trader Peter Brandt discussing a sub-1,000 price in realistic tones.

What is a poor crypto investor to do?

For Hodlers there’s an easy and consistent answer: carry on hodling.

Those looking to limit their losses at these levels can of course sell but that will crystallise losses.

More sophisticated and adventurous investors will look for a way to offset losses by taking short positions.

There are now plenty of crypto lending schemes (or there were), so borrowing bitcoin to pay back less at a lower dollar price is a winning deal.

You can of course get over the BitMEX where you can take some short positions the easy way, but make sure you have stops in place or the funding capacity to hold positions that move against you.

But for those who have sold or who were never in because of too much procrastination over an entry point, then at a certain level ($5,000?) the price will start to appear attractive; that level may already be here for some who may have begun to drip feed into the market.

Those tempted to dip their toes in these turbulent waters may have been influenced by the notion that this is an unnatural reversal that is not based on any deterioration in bitcoin’s network fundamentals.

On the contrary, they may have alerted observers to the fact that the hashrate continued to hold higher and mining difficulty increase… until yesterday when those metrics began to reverse.

There are other straws in the wind to encourage battered bulls.

For example, there is the encouraging “footfall” at bitcoin rewards platform Lolli where business has been surging as the lockdown rolls out across the US.

Elsewhere, Strike by Zap is record volumes on its Lightning payments platform that provides services to merchants who want to accept bitcoin for payment but without the volatility and hassle of doing so. By all accounts business has been booming in Latin America and South Korea.

Also, US exchange Coinbase has just reported record trading volumes, so the traders are certainly having fun. Lower fees (yes, they are very high at Coinbase) are promised too, following the introduction of batch bitcoin transaction processing.

Bitcoin’s 10% rally, and similar advances seen by other top altcoins, notably XRP up 12% at $0.148 provides some relief for a shell-shocked market but it is still too early to call a near-term bottom.

The wild volatility in the credit markets is really what underscores the suspension of normal times in markets.

When the most liquid and stable of markets is in turmoil, crypto investors can be forgiven for being of the view that bitcoin hasn’t suffered too badly, all things considered.

Fiscal stimuli and calm in the bond markets are likely the signals to watch for as that is what has the chance of forestalling the looming corporate bankruptcies that could turn recession into depression.

update 14:54 UTC: the US Federal Reserve has announced it will buy commercial paper, allowing corporation to rollover debt. 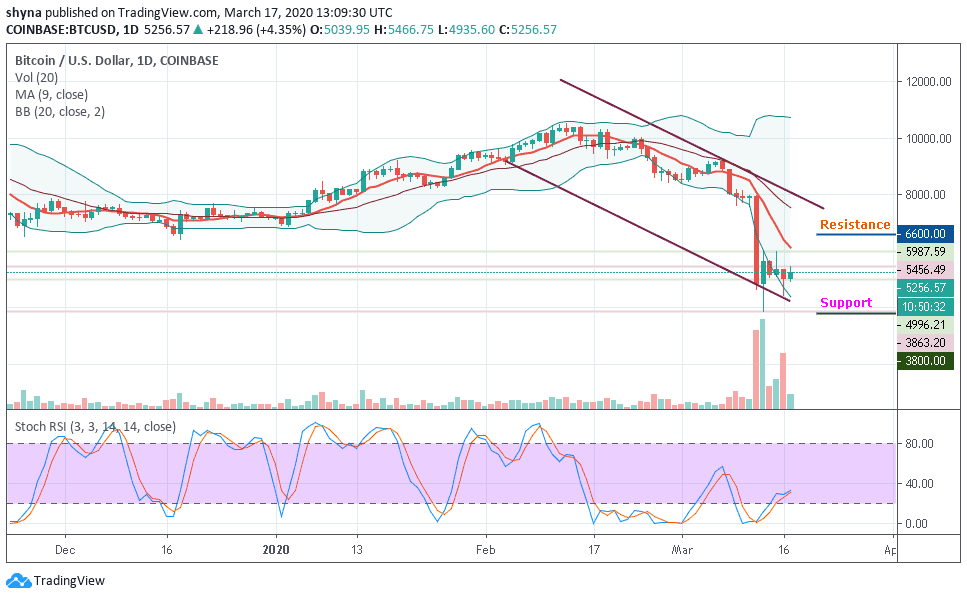