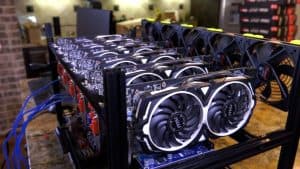 Crunching the numbers, the shares of this company, which itself is based in New York, has seen a rise by almost 7,500% within a year’s time. As it stands now, the firm is seeing its shares be traded at just above $25 apiece.

The year wasn’t idly spent by Bit Digital, however. The firm had done an aggressive expansion campaign for its crypto mining operations. This includes a purchase of 18,000 mining machines from both Whatsminer and Antimer, which cost the firm a hefty $13.9 million. These new mining machines will be installed across China, mainly within the Sichuan, Xinjiang, and Inner Mongolia provinces.

Erke Huang stands as the Chief Financial officer of the firm, and had already given a public statement about the new mining rigs back in December of last year. In the statement, he explained that Bit digital would see its various utility costs drop as the machines go fully online. At the same time, the firm will witness its profit margins increase, as well, which will gain the company more profits on two fronts.

Once these machines are received and deployed in their entirety, it would mean that Bit Digital will boast more than double its original hashpower, sporting a hashrate of 2,253 Petahash per second (PH/S). It’s honestly not that surprising that the company is doubling down on its mining capabilities. The mining revenues for the crypto space has seen a dramatic increase thanks to more transactions and the value of the coins being mined increasing monumentally.

Crypto Miners In Another Gold Rush

In particular, Bitcoin miners saw an increase of revenue by a factor of 265%, earning $0.284 per TH/S. This price figure will undoubtedly come back down thanks to the steep market correction occurring within the crypto space, but it’s only a matter of time before a new all-time-high will be achieved. The crypto space has made itself very clear that it likes to go big in price movement, be it positive or negative.

Bit Digital isn’t the only public mining firm out there to reach billion-dollar status. Some of these companies are Marathon Patent Group, Riot Blockchain, as well as Hive Blockchain.

Join Our Telegram channel to stay up to date on breaking news coverage Google ...