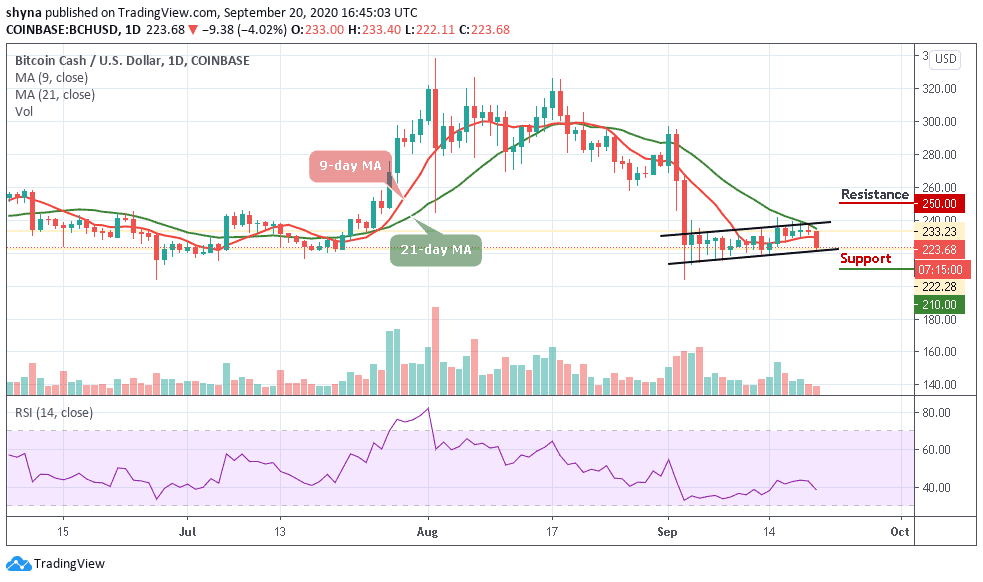 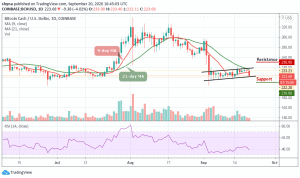 The Bitcoin Cash eyes support at $210 after losing over 4% of its value on the daily trading.

BCH/USD has been trading with the very low volatility as its traders appeared to be waiting on the sidelines for the market to make a move. Over the previous week, BCH’s price oscillated between $222 and $236, with the buyers and sellers equally strong. However, the cryptocurrency’s price is seen moving towards the lower boundary of the channel.

Where is BCH Price Going Next?

At the time of writing, the coin is seen trading below the 9-day and 21-day moving averages at $223, if the lower boundary of the channel were to expand in subsequent sessions, alongside with the trading volumes, a break-out to the downside could be confirmed. However, while trading below this barrier, a bearish continuation may likely bring the price to the supports of $210, $200, and $190.

Nevertheless, if the bulls hold the current value and bring the price back above the 9-day moving average, any further bullish movement could push the coin towards the resistance levels of $250, $260, and $270. Meanwhile, the technical indicator RSI (14) is seen moving below the 40-level, indicating that possible bearish movement may come into play.

Against Bitcoin, the market is currently following the downtrend as the sellers are gaining the market under the 9-day and 21-day moving averages around the lower boundary of the channel while the RSI (14) moves towards the oversold region.

Meanwhile, the downtrend is seen giving the sellers the confidence to increase their entries. More so, if the bears succeeded in the breaking below the lower boundary of the channel, traders would expect the market to fall to the support level of 0.0192 BTC and below. Meanwhile, a rebound could increase it to the resistance level of 0.0220 BTC and above. 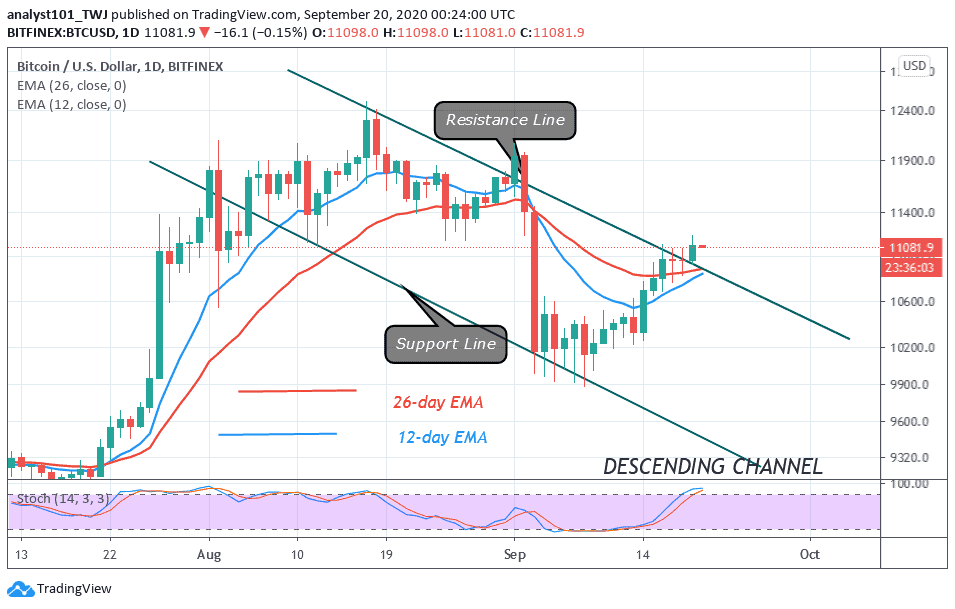