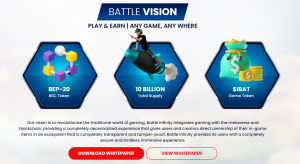 Battle Infinity, a Play to Earn game is set to initiate its staking programme, which is a wonderful development for IBAT holders.

Even though, right now its not known how high the yield will be for IBAT holders, there still will be various staking options for single sided staking and LP staking and since this programme allows IBAT holders the opportunity to lock their tokens, it again provides unique incentives to buy and hold.

Staking, in general, is the most feasible option for investors who wish to earn consistent income from their holdings.

Alongside this, it will provide incentives for community members who believe in the long-term utility of the project and is set to reward them adequately.

Battle Infinity’s native token observed a price spike with listing on exchanges such as Pancakeswap. IBAT is one of the best performing crypto IDOs of the year.

The Battle Infinity project was designed by an Indian team and they set to target the fantasy based metaverse gaming market, which till now had been and untapped opportunity.

This is the reason why Battle Infinity claims to be the first, completely decentralized metaverse gaming system. The native token of the project, IBAT, powers the whole ecosystem and it isn’t a surprise that its presale sold out way before the pre-set timeline.

The presale had raised 16500 BNB, that sold out in just 25 days, showing the support that the idea received from the community.

What To Expect From Battle Infinity and This Project?

Along with the staking programme, Battle Infinity consists of 6 other core-products. Battle Swap being one of them is the platform’s DEX that allows players to buy and sell Battle Infinity’s native currency, this decentralized exchange is also integrated with other features on the IBAT ecosystem.

It’s also to be mentioned that after the staking programme goes live, the Battle Swap is next. The community is also provided with a Battle Infinity marketplace where they can buy and sell NFTs, as well as upgrade and evolve them.

With people going to the extent of calling Battle Infinity as a prospect with more potential than all the other existing P2Es in the metaverse, this new project of theirs is rather trustable.

Even IBAT has gained major support after the token got listed on major platforms such as Pancakeswap. The community can expect consistent developments to be rolled out in approaching months from the Battle Infinity team. 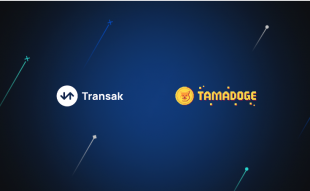 Tamadoge has Partnered with Transak to Allow Crypto Purchases