A spike in trading volumes in the last two days amid a broad rally across the crypto space has seen AVAX, the cryptocurrency that powers the Avalanche blockchain, surge and near-term price predictions take a turn for the better. Since Wednesday, AVAX/USD has rallied around 20% from under $13 per coin to current levels to the north of $15 per coin.

The rally was also in part powered by the announcement of a new partnership between Avalanche and Amazon. According to a tweet by Avalanche’s official Twitter account, Amazon chose Avalanche “to bring scalable blockchain solutions to enterprises and governments”. The partnership is a big positive for Avalanche’s long-term prospects and should deliver a sizeable boost to the usage of its blockchain.

In wake of the recent rally, Avalanche’s on-the-week gains now stand at around 27%, while on-the-month gains are around 40%, with the cryptocurrency having ended 2022 slightly below $11. The latest rally has seen AVAX push to the north of its 50 and 100-Day Moving Averages at $12.50 and $14.12 respectively. AVAX has also been able to break back to the north of the important support-turned-resistance around $14.50.

Price Prediction – Where Next for AVAX?

These resistance areas are not the only important technical barriers that AVAX has hurdled in the last few days. The cryptocurrency has also seemingly broken to the north of a downtrend that had been in play going all the way back to August 2022.

If the break above this downtrend can be confirmed, which appears to be the case on Thursday, AVAX could mount a challenge of its 200DMA at $17.50, as well as a test of its early-November pre-FTX collapse highs in the $20.50 area.

That would mark an impressive furthermore than 30% gain from current levels. Given that the 14-Day Relative Strength Index (RSI) is flashing that AVAX has leapt into overbought territory, the bulls should be patient. If AVAX is to see further gains, a period of consolidation might be needed first.

FGHT can also be used in peer-to-peer fitness wagers. FightOut’s FGHT tokens are currently selling for 60.06 per 1 USDT, and interested investors are encouraged to move fast to secure their tokens, with the pre-sale having already raised over $2.9 million in just a few weeks. FGHT is the token that will power the FightOut crypto ecosystem.

RIA, the token that will power afterlife fantasy-themed NFT battle card game Calvaria, is also currently in presale. The play-to-earn (P2E) crypto gaming start-up has raised a whopping $2.7 million in just a few months since the launch of its pre-sale. Only around 12% of its tokens remain up for grabs.

C+Charge has just started its pre-sale of the CCHG token that its platform will use to pay at EV charging stations. Tokens are currently selling for $0.013 each, though by the end of the presale, this will have risen by 80%. Investors interested in getting in early on a promising environmentally friendly cryptocurrency project should move fast, with the project having already raised nearly $260,000 in just a few weeks since the presale launch. 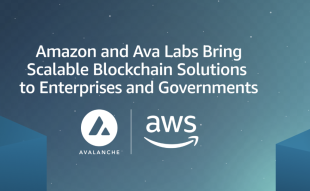 Join Our Telegram channel to stay up to date on breaking news coverage Avalanche ...