Homenewsark invest says the crypto bear trend is cooling down

An analyst with the Ark Invest investment management company, Frank Downing, has said that Ethereum could start gaining bullish momentum as the cryptocurrency market shifts towards a risk-on environment. The analyst said that the bearish trend in the crypto market was cooling down.

Ark Invest says it is bullish on Ethereum

In an interview with For Your Innovation podcast, Downing said that after months of speculation, dust was finally settling in the crypto market. The analyst said that the crypto market was in some capitulation cycle where riskier assets were witnessing a selloff, but Ether and assets built on Ethereum were going risk-off.

Downing has also made a bullish case for Ethereum, and how it was centered around its transition to a proof-of-stake consensus/ the Ethereum Merge that will transition Ethereum from PoW to PoS is expected to happen in mid-September.

The analyst said that the Ethereum Merge caused the bullish sentiment around Ethereum. The Ethereum community has anticipated the Merge for more than seven years since the Ethereum network was launched, and the team is now closer than ever to the transition happening.

The Ethereum network recently completed its latest testnet that showed promise of the Merge. The narrative surrounding Ethereum as a PoS network and the tokenomics of ETH have raised interest in Ether as a token.

The ETH/BTC trading pair and the price of Ether relative to Bitcoin had outperformed, causing a divergence from the risk-off period that has been seen. The market was now back to risk-on for such assets.

Downing also said that the strength of Ethereum was net positive for the long-term health of the crypto space. He also said that investors were interested in the long-term trend of Ether relative to Bitcoin as a sign that the crypto sector would grow. The analyst also agreed that Bitcoin and Ether were revolutionary in the financial and internet sectors. Ethereum was also one of the dominant assets in the crypto market. 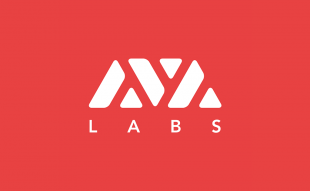