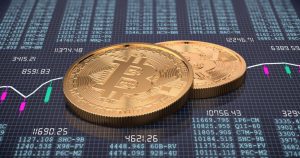 One of the most popular analysts in the crypto space who predicted the collapse of Bitcoin in May last year has now predicted that Bitcoin is on the verge of a major breakout. According to the analyst, the current bear cycle could end, and Bitcoin could rally higher.

The trader in question, Dave the Wave, has informed his Twitter followers that the largest cryptocurrency by market cap could be on the verge of a major trend reversal as the coin reaches maturation.

Naturally, we desire a narrative… but remember, increasing maturation of the #BTC market may well make multi-year cycle theory redundant [whether 4 year or lengthening].

What if another mini parabolic breakout in an increasingly 'irregular' market? pic.twitter.com/julMFOLkoR

The crypto analyst has said that the tendency of Bitcoin to have an up and down four-year cycle could be coming to an end. According to Dave the Wave, Bitcoin’s trend is changing, and it could be headed to a place where the coin witnesses small rallies, which is different from the past when its price made wild swings.

“… increasing maturation of the BTC market may well make multi-year cycle theory redundant,” the analyst said, adding that the market could witness a mini breakout in the short term.

The analyst has also said that the changing pattern in Bitcoin’s price movement was caused by the willingness of the market to go long on Bitcoin. He has also added that speculative traders will refrain from making large BTC trades as the asset becomes more mature.

which is also price stabilization, mass adoption, and a nascent currency full capitalized along the lines of Gold."

The volatility of Bitcoin is also expected to reduce. The volatility of the coin has been notably low in the recent months. In contrast, the current cycle could also be seen as a transition that sees a rise in intra-volatility that transforms the market and defies the cycles that the crypto market has been making.

As the volatility of Bitcoin drops, the asset will be on the path toward price discovery, and the price will also stabilize. This would result in increased mass adoption and result in the nascent currency being fully capitalized, like gold.

The analyst has said that the first wave of Bitcoin’s mini parabolic rally will start on December 12. The movement of Bitcoin on this date will be similar to what happened in 2019, as Bitcoin gained from $5K to $14K within two months.

At the time of writing, BTC was trading at $19,723 after dropping by nearly 5% in 24 hours. The cryptocurrency market is bearish today, with most altcoins trading in the red zone. BTC is down 71% from its all-time high. The coin is currently reversing after a bull run that saw the token gaining to $21K.

Bitcoin has been plunging this year amid the Federal Reserve’s aggressive interest rate hikes. The largest crypto is currently correlated with the stock market amid increased investments into BTC by institutional investors. The next Fed meeting in December is expected to result in the institution easing the interest rate hikes, which could trigger a recovery in Bitcoin and the stock market. 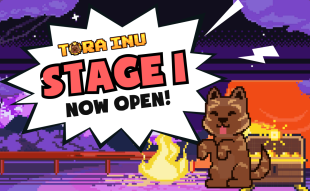