Most of the top 100 cryptocurrencies on CoinMarketCap are seeing double-digit gains as the bullish momentum in the market spills over the weekend. And with the anticipation of a $3 trillion stimulus package from the government, the crypto market may still go on a long bull ride.

But Bitcoin is gradually consolidating while many traders are flocking to altcoins in hope of better gains. As a result, most of the altcoins have risen beyond expectations.

Although there are worries about the huge Bitcoin inflows into South Korean Exchanges by Bitcoin whales, other factors are keeping investors optimistic. Fundamental factors such as decreasing supply and miner sentiment have kept investors feeling optimistic about the future price of Bitcoin.

Several stakeholders and experts have also opined that the recent bullish movement of the top cryptocurrency is a result of outflow from gold.

Bitcoin (BTC) reached another milestone in its price, as the coin hit a new all-time high of $41,940 on January 8. However, it has now entered a consolidation phase as the cryptocurrency tries to push prices higher after hitting a new support level.

Without any form of price ceiling, it is difficult to predict where the price of Bitcoin is heading. Head of trading at CrossTower Chad Steinglass stated that Bitcoin could be experiencing increased volatility until it goes to a more stable balanced flow environment. By then, Bitcoin’s price will be more stable, he added.

History has shown that anytime the market stays bullish for some time, it overflows into most of the altcoins, which is exactly how the term “altcoin season” came about.

In most cases, a consolidated phase always comes after the rise in the price of Bitcoin. The market is currently witnessing that phase now. During this phase, traders tend to divert their attention from Bitcoin to altcoins because they believe they will make more gains. Several altcoins have almost doubled their value, and they could still rise further if the bullish trend continues.

A partner at ExoAlpha, Jean Baptiste Pavageau, stated that the present bullish momentum will not last very long. It will eventually slow down, which will lead investors to pile up their investments in altcoins.

He said that trend has already started from last week, as investors are reducing their grip on Bitcoin while throwing more funds into the purchase of altcoins.

Bitcoin SV, Bitcoin Cash, and Ether have all risen considerably. Interestingly, many experts are predicting a more bullish run for the altcoins. 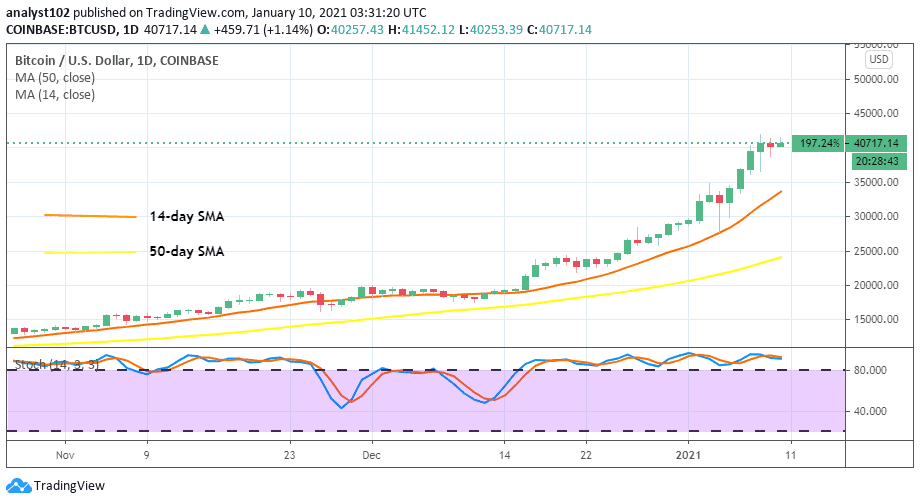 Bitcoin Price Prediction: BTC/USD Market Maintains Its Bullish Trend Away from a Vital Resistance at $35,000

Azeez Mustapha•18 hours ago
Last Updated:•18 hours ago
NFT Project to Help Women in Afghanistan Get Access to Education

Ali Raza •22 hours ago Last Updated: 22 hours ago
View All News
Note that the content on this site should not be considered investment advice. Investing is speculative. When investing your capital is at risk. This site is not intended for use in jurisdictions in which the trading or investments described are prohibited and should only be used by such persons and in such ways as are legally permitted.