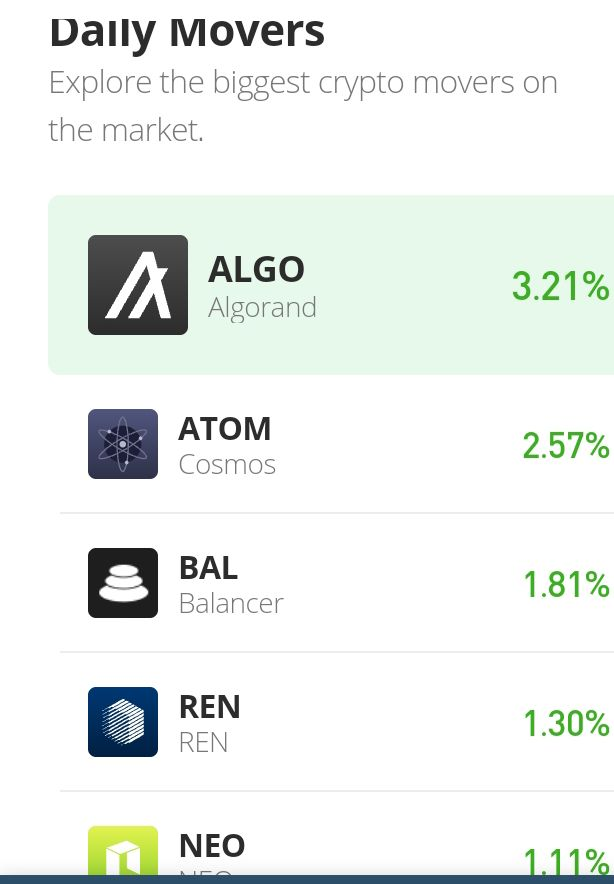 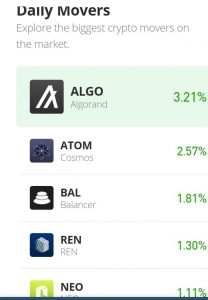 Algorand Price Prediction – June 8
There are still traces that the ALGO/USD market has continued to trend downward as it keeps a financial record of its all-time high and low between $3.28 and $0.1924 value lines over the last two years. Presently, its worth of trading value stands around $0.40 at a 1.98 percentage rate positive. However, it has a negative 87.48 percent as its return on investment record as of writing. 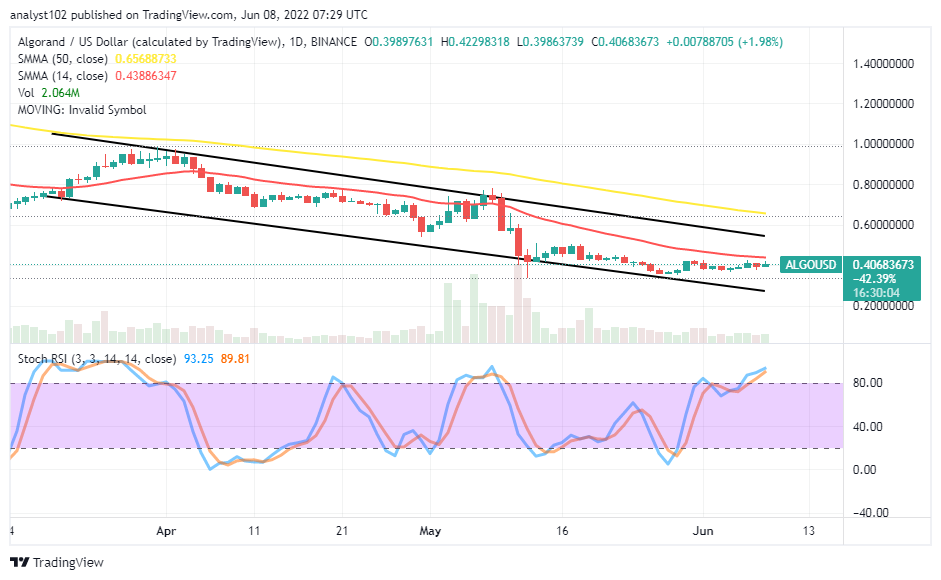 ALGO/USD – Daily Chart
The daily chart reveals the ALGO/USD market has continued to trend downward, closely beneath the smaller SMA trend line. The 50-day SMA indicator is above the 14-day SMA indicator. And they have a tangible separating space between them, bending southward. The smaller-trading indicator is in the bearish channel trend lines. The Stochastic Oscillators are in the overbought region with a short degree of oscillations to suggest a pit stop has been ongoing.

Will the ALGO/USD price surrender to depression below the 14-day SMA trend line?

The current positioning location of the 14-day SMA is at $0.4389 or thereabout a bit over the actual trading point as it has been observed the ALGO/USD market has continued to trend downward. Price may still have to push up for a touch of the trading indicator before getting a rejection to go back downward for rebuilding on a support baseline afterward. That analytics assumption is expected to materialize between $0.30 and $0.20 points in the long-term run.

On the downside of the technical analysis, the present overbought reading condition of the ALGO/USD trade activities has pictured sellers to be alert as to when there’ll be active reversal movements from a high-trading spot to consider joining the presumed motions afterward. And that requires enormous patience. It is necessary to note the moves to the downside also lack the tendency of an aggressive force. 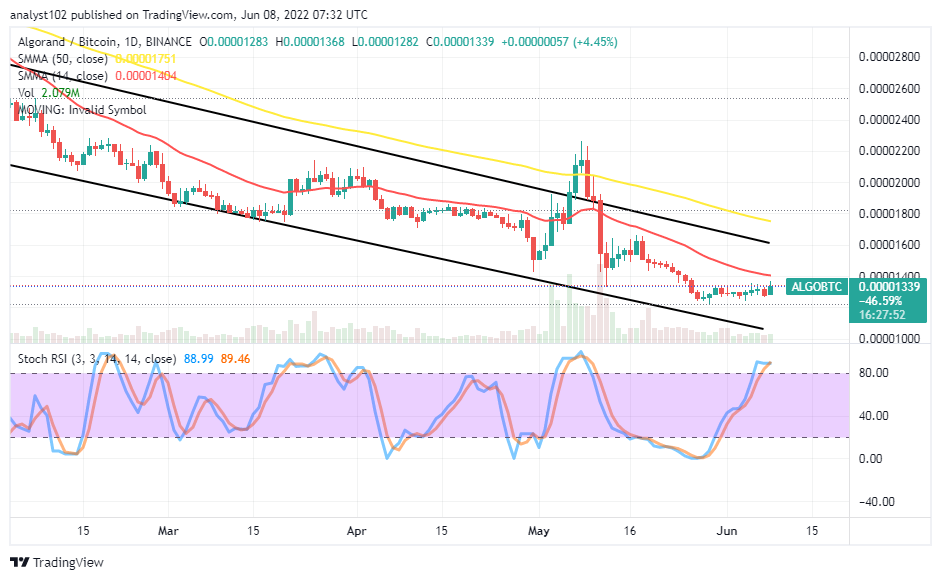 In comparison, Algorand has not been able to show a significant sign of recovering its stance against the trending stature of Bitcoin. The cryptocurrency pair market has continued to trend downward below the SMAs. The 14-day SMA indicator is below the 50-day SMA indicator. The Stochastic Oscillators have moved into the overbought region. And they have attempted closing the lines in it to potentially portend a near reversal move against the base trading crypto. 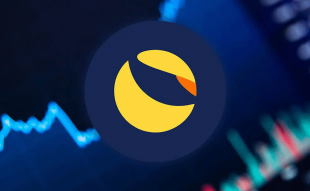 How Indian Taxation System can be Painful for Terra LUNA Investors