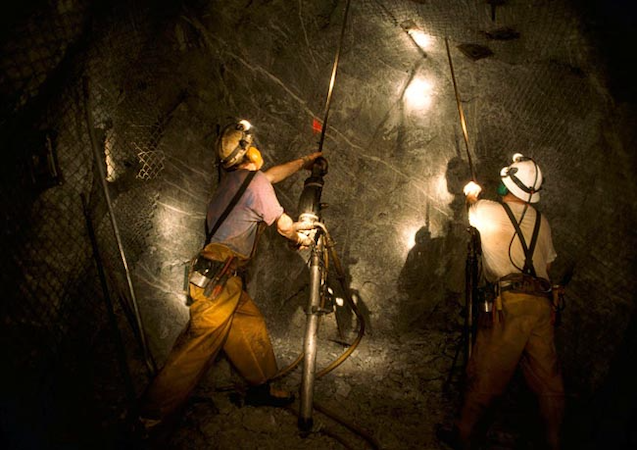 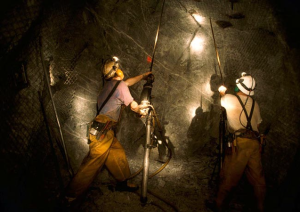 On Friday, the battle to add block 772,793 to the Bitcoin blockchain was won by a lone Bitcoin miner with an average hashing rate of just 10 TH/s (terahashes per second).

Since the total hash rate of Bitcoin at the time the block was added was just over 269 exahashes per second, the single miner’s hash rate of 10 TH/s only accounted for 0.000000037% of the computing power used to create the blockchain.

Simply put: It was a very unlikely victory for a single miner.

The lone miner was the first to generate a legitimate hash for the block to be mined despite the fact that the odds were stacked against them. 98% of the total 6.35939231 BTC authorized for the block reward and fees went to the miner as compensation. The remaining 2% was sent to Solo CK Pool, an online mining platform that enables solitary mining.

A valid hash for a block must be calculated by the miner before it can be added to a proof-of-work blockchain like Bitcoin. This hash can only be found through brute computational force.

An encryption technique is used by mining equipment to create hashes that are below a network-defined threshold. If the method returns a value that is higher than the desired hash, the miner reruns the algorithm with slightly different input to get a brand-new hash value. Trillions of distinct hashes can be calculated every second by miners designed expressly to carry out this task.

The initial output of the algorithm might theoretically be a valid hash to solve the block, even if a miner’s system could only generate one hash per second.

How many to one?

The amount of hashes a miner’s rig computes every second in relation to the total number of hashes all of the computers in the network compute per second determines the likelihood that a solo miner will add a block.

Less than an hour after block 772,793 was solved, user Willi9974 posted on the BitcoinTalk forum that the lucky solo miner had an average hash rate during the previous hour of 10.6 TH/s.

According to the information shared on BitcoinTalk, the 10 TH/s represented the combined power of four machines (called “workers”). This means that the mining rig used by this lone miner consisted of four USB stick Bitcoin miners, which have a hash rate of about 3 TH/s and cost about $200 apiece.

It is possible to determine the total estimated hash rate as 269,082,950 TH/s at the time the block was solved using the difficulty level mentioned in block 772,793 and the assumption that the solo miner’s setup was processing 10 TH/s.

As a result, there is a one in 26.9 million chance that this lone miner will be the first to solve the block with a legitimate hash. According to statistics, this indicates that the lone miner would add the block on average 0.000000037% of the time if the identical conditions were repeated an unlimited number of times.

Though unlikely, it’s not unheard of, and similar events have occurred.

Although this scenario was incredibly unusual, “once-in-a-lifetime” incidents comparable to this have happened in bitcoin mining before.

Three different single miners solved blocks with unlikely hash rates in less than two weeks one year ago; the third’s hash rate was reportedly only 8.3 TH/s in comparison to the estimated 190,719,350 TH/s overall hash rate, which translates to a one in 23 million chance (or 0.000000044%).

Either a hash is legitimate and breaks the block, or it is invalid. As the entire system is reliant on the random creation of hash values and the network’s response mechanisms to preserve fundamental probabilities, there is no strategy in play. Since Bitcoin is based on mathematical formulas and code, it is entirely feasible for a single miner to solve the following four blocks.

Mining pools continue to be the winners

These kinds of anecdotes about lone miners can end up inspiring the ever-optimistic to take up a new pastime. However, huge groups of mining rigs that pool their hashing power and divide profits produced the great majority of the blocks that have been uploaded to the Bitcoin network as of late.

By doing this, every time the pool mines a block, each miner’s contribution is recognized proportionally.

The largest Bitcoin mining pool at the moment, according to blockchain explorer and mining pool BTC.com, is Foundry USA, with a total computing power of 90.19 EH/s, or 31.3% of the network’s total hash rate. This means that they typically receive a portion of the block rewards and fees for one out of every three blocks.

Since their inception in 2010, mining pools have continuously expanded their share of the hash rate distribution as mining difficulty and technology have advanced. At least 98% of Bitcoin miners active online today participate in mining pools. 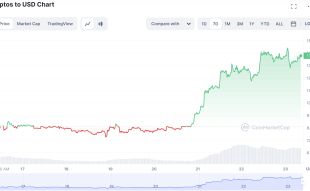 Join Our Telegram channel to stay up to date on breaking news coverage Aptos ...