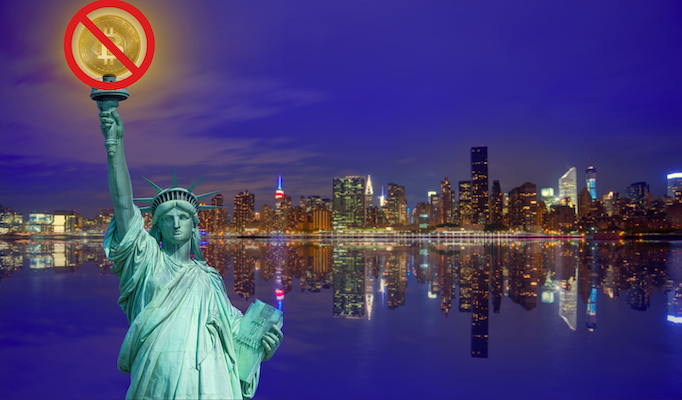 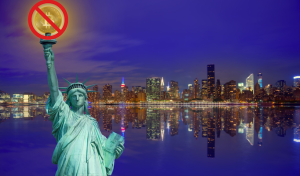 On January 13, environmentalists filed a lawsuit against the New York Public Service Commission (PSC) for allowing the takeover of a bitcoin mining plant in the state.

The state Public Service Commission (PSC), which oversees public utilities, approved the conversion of the Fortistar North power plant into a crypto-mining facility in September 2022, according to The Guardian.

The site was slated to be taken over by the Canadian cryptocurrency mining company Digihost and is situated in Tonawanda, a town less than 10 miles from Niagara Falls.

The 2019 New York climate law, according to the lawsuit, is violated by the approval. Among other objectives, the Climate Leadership and Community Protection Act (CLCPA) aims to achieve zero-emission electricity by 2040 and a reduction of 85% of state-wide emissions by 2050.

The organization Earthjustice is representing the Clean Air Coalition of Western New York and the Sierra Club in the complaint, which asserts that the Fortistar plant was only used when there was a significant demand for energy, such as during severe weather. However, the location would operate around-the-clock as a crypto mining facility, producing up to 3,000% greater greenhouse gas emissions.

Environmental reviews, according to activists, are required by New York state when considering projects.

In an October 2021 letter, a collection of nearby businesses asked the state to reject turning the power plant into a cryptocurrency mining site on the grounds that:

If proof-of-work cryptocurrency mining were to become more prevalent in New York, it would seriously jeopardize the state’s climate goals set forth in the Climate Leadership and Community Protection Act. Proof-of-work mining consumes enormous amounts of energy to power the computers required for operation.

In order to lessen its environmental impact, Digihost intended to convert the plant to renewable natural gas, according to public records. The company also stated that the North Tonawanda planning commission, which conducts environmental assessments before making decisions, approved the mining location.

In an effort to reduce energy costs, Digihost also announced intentions to relocate some of its mining rigs from New York to Alabama in August, according to Cointelegraph.

A new cryptocurrency project in the environmental movement is noteworthy. The IMPT.io project, a carbon credit trading platform built on the blockchain, aims to make it easier for individuals and businesses to offset their carbon footprint.

Accumulating IMPT tokens, which are then exchangeable for non-fungible carbon credits, allows users to obtain carbon credits (NFTs). These carbon credit NFTs can then be burned to produce new NFTs with unique artwork, sold on the IMPTs market, or kept by the users.

But IMPT.io provides a lot more than just an exchange for carbon credits. The project aims to persuade customers to engage in “responsible shopping” with businesses that value the environment. Users will be able to make purchases on the websites of the more than 10,000 companies that have signed up for the IMPT.io project and receive IMPT tokens in exchange via an online widget. 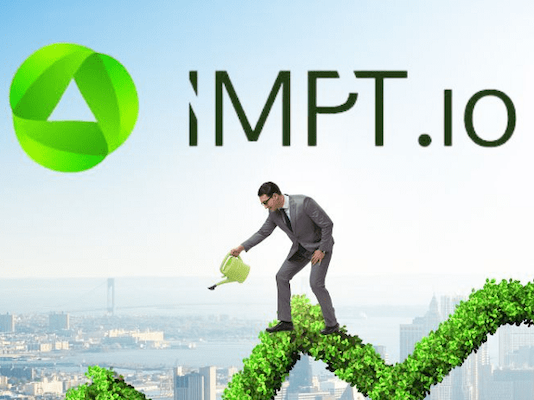 Meanwhile, IMPT.io has a mechanism built in to encourage users, whether they be people or businesses, to collect and burn carbon credit NFTs. A user’s IMPT.io score rises each time they spend and earn IMPT tokens, invite new users to the platform, or buy and retire NFT carbon credit NFTs. To increase sales, business owners can integrate the IMPT.io platform into their storefronts.

Launch of IMPT on Gate.IO and BitMartExchange

The IMPT.io token went live on the cryptocurrency exchange BitMart on December 28th, opening it up to new cryptocurrency traders and users. On BitMart, users can trade IMPT here.

Along with a $100,000 IMPT token airdrop that is intended to generate a lot of publicity, IMPT was also listed on the Gate.io market on January 1.

A few weeks ago, the token’s inaugural exchange token offering took place on the LBANK cryptocurrency exchange. Users can exchange the token on LBANK.

What Direction Will IMPT Take From Here in Terms of Price?

IMPT appears to be at a turning point given that it recently formed a pennant structure that could result in either a bullish or bearish breakout. The cryptocurrency could rapidly soar to test recent highs in the $0.02250 level in the event of a bullish breakout, while a bearish breakout could open the door for a very quick slide back below $0.012.

However, with promising information on the IMPT’s development progress expected soon and the token likely to be listed on more exchanges in the next few days, which can drive demand even more, any decrease back to $0.012 could be met with a significant demand for dip buying.

What will IMPT.io do next?

According to an update from the CEO from a few weeks ago, the blockchain-based carbon credit trading platform IMPT.io is slated to publish its first pictures of Use Case 1 and divulge additional information prior to the company’s aspirations to be live in February. Along with its most recent acquisitions, IMPT.io will also release a list of the top 500 affiliate brands later this week. Finally, IMPT’s token will be made available on the Changelly Pro cryptocurrency market later this week.

Before the project’s introduction in February, more images and information about it would be made public, according to IMPT bulls. According to some, the cryptocurrency may perhaps soon surpass its post-ICO record high in the $0.025 range. 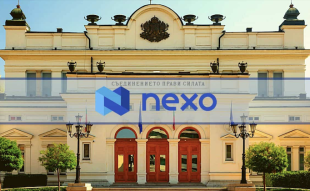