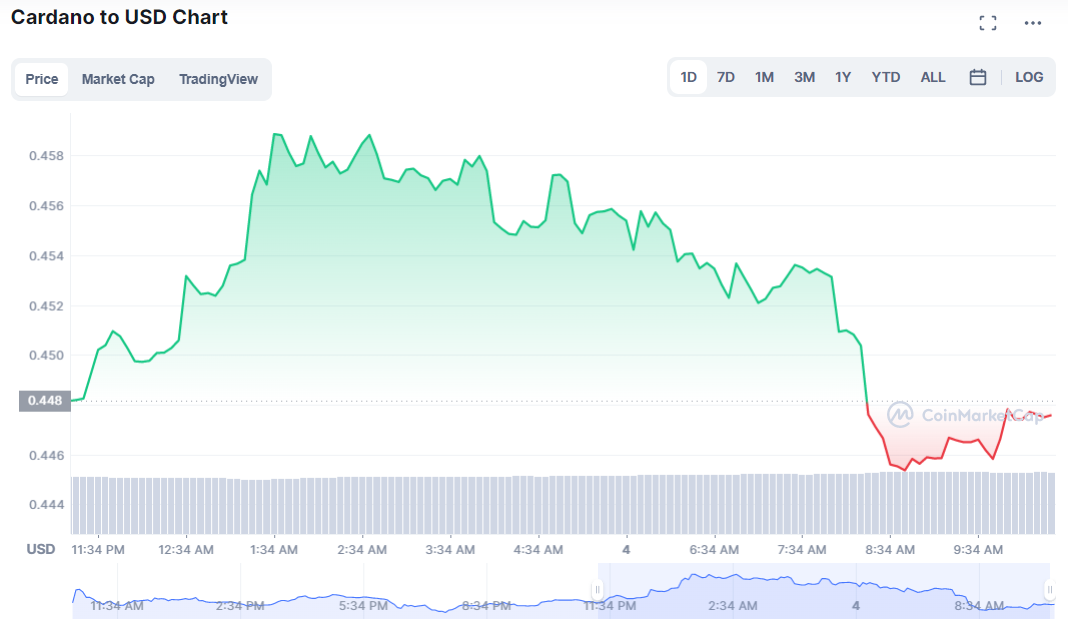 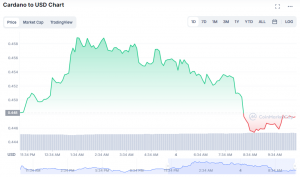 The top cryptocurrency measured by market capitalization, Bitcoin (BTC), had a significant rebound during the last twenty-four hours after falling to a low of $19.2k before the time this article was written.

Immediately after this drop, its price began to recover, and shortly thereafter it moved higher by 10%, reaching a high of $20.8k in trading. Despite this, the bounce didn’t last long since sellers were ready to seize on the opportunity.

As a result, another cryptocurrency that had a price increase during this period is Cardano (ADA), which saw its price increase from the lows of its six-week range to $0.44.

During the previous month, there was significant demand in the region ranging from $0.42 to $0.44.

Bright Days Ahead for ADA

When viewed on a daily basis, the chart for ADA/USDT means that the cost of ADA is now in the demand zone. At the time of this writing, the price of ADA is about $0.4448. If past patterns are any indication, bulls might make a move to their advantage at this level.

On the other side, a bearish declining triangle has developed on the daily chart, and the price of ADA is at a pivotal position as it is near the tip of the graph. This might indicate that ADA is about to make a significant move. 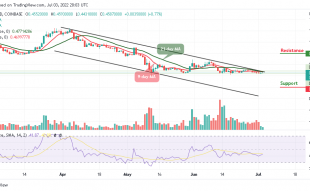 The Cardano price prediction reveals that ADA may begin to form higher as the ...