Homenews8 hottest nft tokens right now and where to buy 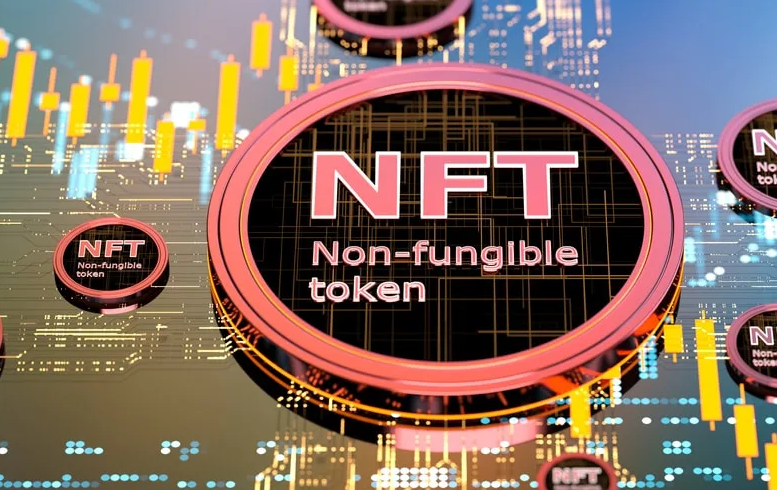 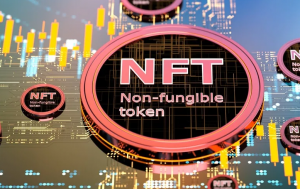 When the first CryptoPunk NFT was minted in 2017, no one thought that these digital collectibles would become a success a few years later. However, non-fungible tokens (NFTs) have been purchased by celebrities, crypto companies, and art houses following the record sale of Beeple’s one-of-one ‘The First 5000 Days’ for $69.3 million.

According to the popular NFT-focused website Nonfungible.com, NFT sales have spiked up in the last year surging from $21 million in Q2 2020 to over $508 million in Q1 2021. This article covers where you can buy NFT tokens and the hottest NFT tokens to buy right now.

The Tezos blockchain is one of the hottest NFT tokens in the crypto market right now. Using next-gen smart contracts functionality, the Tezos protocol enables the creation of decentralized applications (dApps).

Tezos is built from the ground up to be more scalable, more efficient, and future-proof eliminating the need for a network upgrade or hard fork. Also, it uses a newer version of PoS called delegated proof-of-stake (DPoS) where users choose a validator to confirm transactions on the network. XTZ is used for network governance activities and holders can stake with it to make newly minted coins. The token is also one of the most staked asset.

Following closely on the back of Tezos as the hottest NFT tokens, the Theta blockchain is focused on the video streaming industry. Theta operates a decentralized network that allows users to share their bandwidth and computing resources in a peer-to-peer (P2P) manner.  Theta aims to revolutionize the video streaming space and make it more efficient using blockchain. Theta is backed by industry gurus like YouTube’s co-founder Steve Chen and Justin Kan of Twitch. Price-wise, Theta’s governance token THETA is down 4.22% on the daily chart and trades at $5.35 after hitting $5.8 the previous day.

Excited & 👀curious👀 to be launching my FIRST ever #NFTs later this year w/ @Theta_Network. Look out for memorable & creative moments from my 🍄 residency 🍄 that’s both a digital collectible AND an IRL experience 😱TANGIBLE😱 Pre-register for more info! https://t.co/kiEwPLZH4T pic.twitter.com/uYNhpDW8oy

However, THETA surged to an all-time high (ATH) of $14.28 during the April crypto boom which points to a future uptrend for the NFT-supporting blockchain. Celebrities have also used the Theta blockchain to launch NFT with Katy Perry expected to drop digital collectibles later on this year.

Focused on the blockchain gaming experience, the Enjin Coin (ENJ) is one of the hottest NFT tokens at the moment. The Enjin blockchain provides an interconnected ecosystem of blockchain-based gaming products. The Enjin Network enables users to create websites, clans, chat and host virtual item stores. Also, developers can tokenize in-game items on the Ethereum network with the Enjin Coin. The Enjin Network has become increasingly popular and a top destination for developers and gamers alike.

This has been reinforced further with a recent integration with open-world action role-playing game platform Stormrite. The partnership will bring about the creation of NFT items that are redeemable in-game and allow players to customize their equipment and in-game characters. Price-wise, the ENJ token is down 6.89% and trades at $1.33 at the current value. 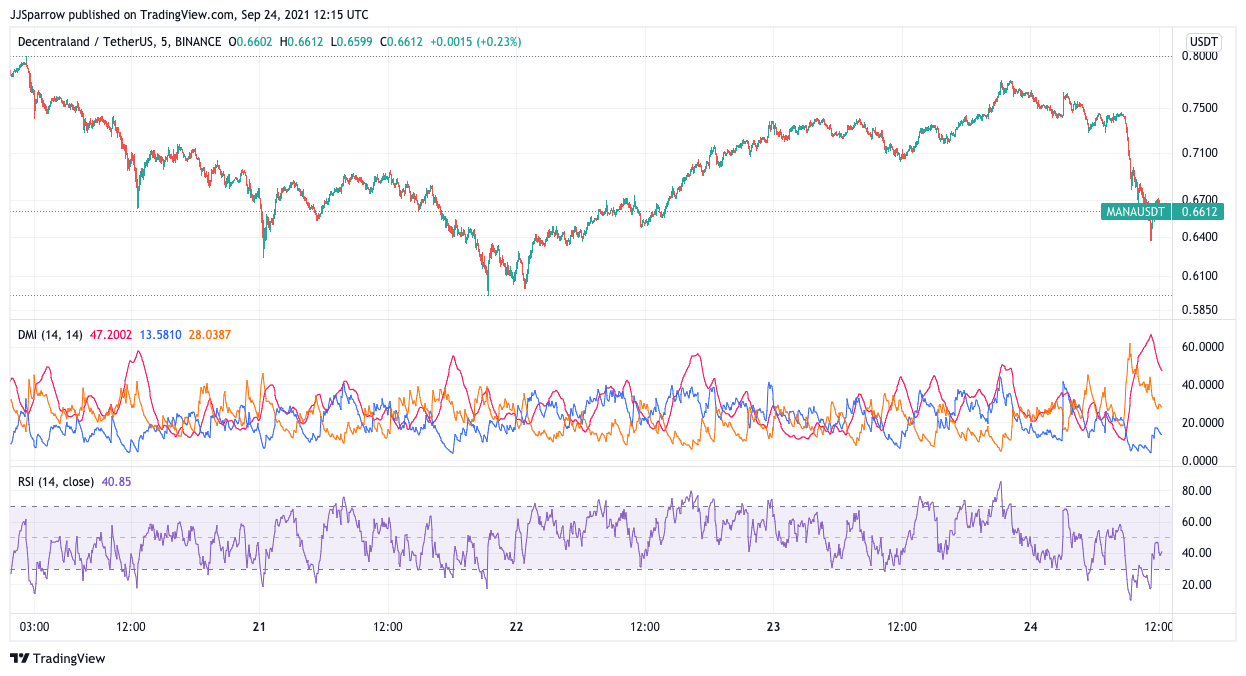 MANA is one of the utility tokens of the virtual reality platform Decentraland, one of the hottest NFT tokens in the crypto market at the moment.

Decentraland enables users to create experiences and monetize contents and applications. The protocol features virtual plots of lands that can be bought, developed and later traded for more money than it was bought initially.

Decentraland is a popular NFT platform with some of the biggest brands integrating with the NFT platform. An instance is the trillion-dollar soft drink maker Coca-Cola which launched its Friendship Box NFT collection on Decentraland. Also, influencer marketing platform Postforrent has built its first virtual HQ on Decentraland. This will be launched in early October. The MANA token is trading at $0.6784, down 6.93% in the last 24 hours.

Axie Infinity is a Pokemon-inspired blockchain gaming platform that enables players to collect, breed, battle, and trade token-based characters called Axies.
The platform developed in 2018 by tech company Sky Mavis has become increasingly popular as blockchain-based gaming has kicked off. Axie Infinity allows players to choose from 500 different parts ranging from aquatic to birds and other animal shapes.

Each Axie is an NFT with distinct strengths and weaknesses. Axie Infinity has become increasingly popular following the impact of the global pandemic on employment as more people have more time to play games. This has led to the platform becoming a viable option for players and crypto enthusiasts to make huge returns on investment.

The play-to-earn game has surpassed $2 billion in value, according to DappRadar with over 200,000 active users of the platform. On the daily chart, AXS is trading at $66.04, down 3.75%. With the platform becoming increasingly popular, Axies may become some of the hottest NFT tokens yet.

Chiliz is a blockchain platform that focuses on the sports industry and is one of the hottest NFT tokens in the crypto space. Its CHZ token serves as a digital currency for users to access sports-related content and entertainment. The Chiliz blockchain is built for sports teams to engage with fans through its reward platform Socios.com.

8. Chiliz$CHZ is the official currency used in the Socios platform, which aims to give millions of esports fan direct voting power in their favorite soccer clubs.

The platform is partnered with many notable pro soccer teams & have even announced a partnership with the UFC. pic.twitter.com/vTFU8Timzh

Fan Engagement Tokens (Fan Tokens) can be purchased on Socios.com and users will be able to participate, vote, and influence in club-related activities. The Chiliz blockchain has become increasingly popular as sports fans have been unable to watch their teams perform.

It has signed partnerships with top European teams, Esports, and MMA organizations and is the top leader in the sports and blockchain space. The CHZ token is making a debut on centralized crypto exchange FTX starting with a listing of the $INTER and $GAL Fan Tokens. Reflecting the broader crypto market, CHZ is down 7.32% and trades at $0.2687.

Digibyte is a blockchain platform that enables asset creation. Meant to improve on the Bitcoin challenges, Digibyte utilizes five different algorithms focused on boosting security, speed, and capacity. It consists of three layers, including a smart contracts layer, a public ledger, and the core protocol that houses validator nodes. The DGB token is used for network and governance-related transactions.

We have many “Digi’ with #DigiByte. What do you think will be the name of the next big ‘Digi' entity? #Selfsovereignty, #Development & #Education, #Blockchain secured solutions for enterprises and consumers in the #MetaVerse.#logoreveal pic.twitter.com/g4hFwpgAlp

The platform is currently tinkering with the idea of a Metaverse that will support NFT development, according to Vice-Chairman and Secretary Rudy Bouwman. On the trading chart, DGB is bearish and is trading at $0.04552, down 7.99% in the last 24 hours.

The Sandbox operates much like Decentraland and allows users to create, build, buy and sell digital assets in a game-centred environment. Utilizing the concepts of the decentralized autonomous organization (DAO) and NFTs, the Sandbox enables a decentralized vibrant gaming community. The blockchain aims to integrate distributed computing with gaming.
Popular hip-hop artist Snoop Dogg has recently launched his NFT collection in the Sandbox.

🎉 Winners to be announced on Monday! pic.twitter.com/jG1XAb4pza

Winners of his Private Party Passes will be able to see him perform live. Price-wise, the Sandbox is bearish and trades at $0.6532, down 7.12% on the daily chart. However, Snoop Dogg’s recent partnership could see SAND end the day on a positive.

Where to Buy the Hottest NFT Tokens

With NFTs becoming pop culture now, more investors are searching for the best platforms to buy the hottest NFT tokens. While there are several in the market, only a few are trustworthy and secure. We recommend the following broker:

eToro is a social copy trading platform that supports a wide range of cryptocurrencies and trading pairs. eToro comes with CopyTrade functionality which allows you to copy other successful traders’ moves and enjoy higher winning trades. eToro currently supports hot NFT tokens like MANA, Tezos, ENJ and others.

Looking to buy or trade NFTs now? Invest at eToro! 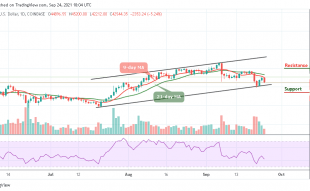