Homenews5 best cryptocurrency to invest in at low prices february 2022

The cryptocurrency market has picked itself up after a difficult weekend. Its total cap has risen by 5% in the past 24 hours, reaching $2.06 trillion. This represents a fall of 3% compared to the end of last week, but a rise of 14% compared to nearly two weeks ago. Most major coins are up along with the market. Bitcoin (BTC) and ethereum (ETH) have risen by 4% and 7.5%, respectively. However, while they remain expensive cryptocurrencies, there are plenty of smaller altcoins that have also risen. This articles compiles the most notable of them into a list of the 5 best cryptocurrency to invest in at low prices.

5 Best Cryptocurrency to Invest in at Low Prices 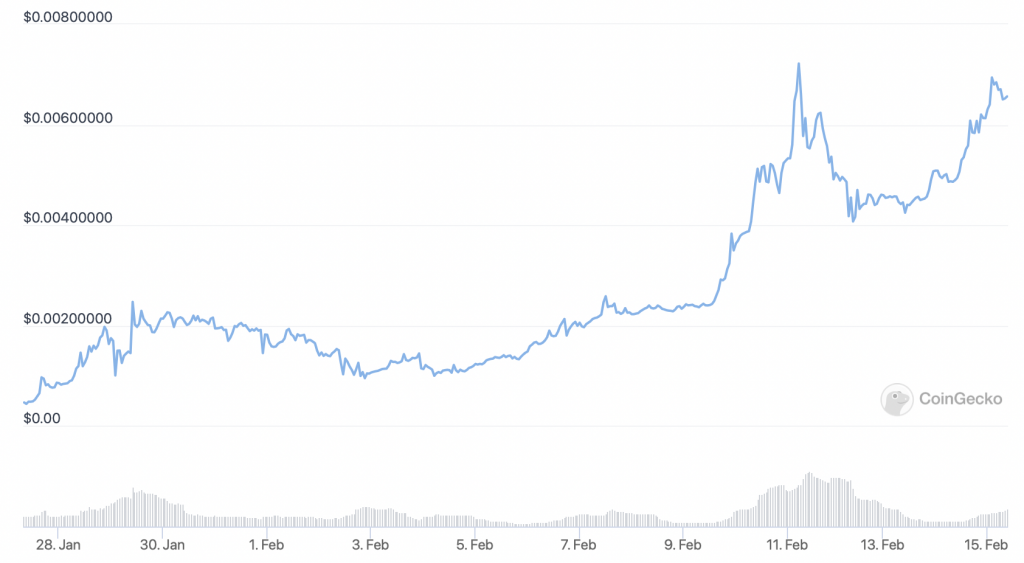 LBLOCK is the native token of the Lucky Block lottery platform. Based on Binance Smart Chain, this platform launched barely three weeks, but has recently racked up 31,000 holders. It has also announced the forthcoming release of the beta version of its app, which is due for full launch on March 21.

LBLOCK works by enabling holders to enter Lucky Block lottery draws, with the first such draw taking place on March 25th, 2022. Such draws will be held regularly, with ticket holders having the chance to win 70% of each lottery’s jackpot fund. 10% of this same fund is share equally among all LBLOCK holders.

Currently, investors can trade LBLOCK on PancakeSwap and on the LBANK Exchange. More listings are planned for the near future. And given that it has risen by over 1,000% since its launch, it remains one of our 5 best cryptocurrency to invest in at low prices. 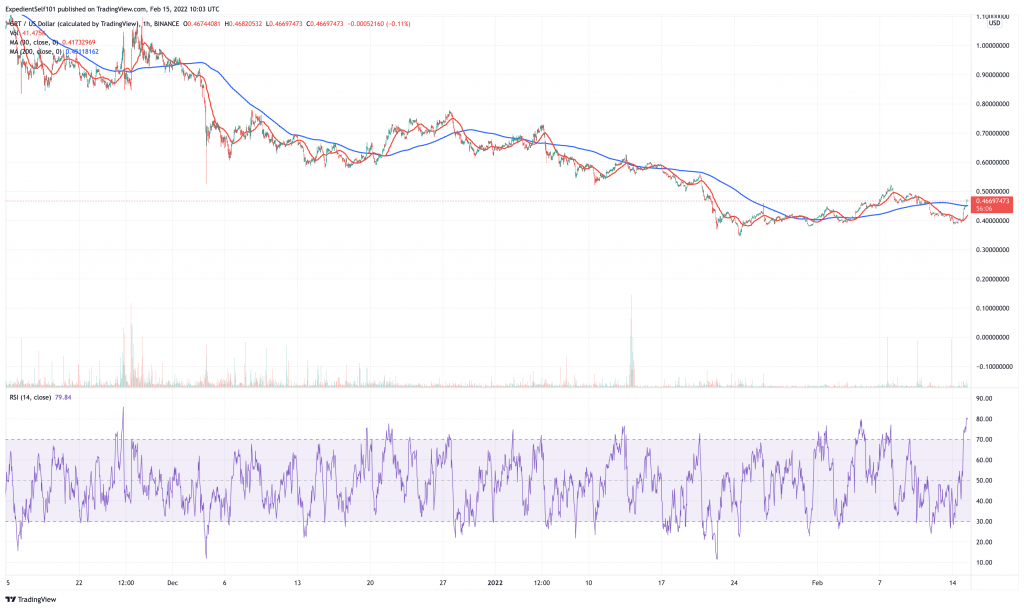 GRT has been on a very steep downwards curve recently. It’s down by 83% compared to its all-time high of $2.84, set back in February of last year. This would suggest that it could rebound very high in the coming weeks or months. And with its RSI jumping to 80 in the past few hours, it may have begun some kind of recovery.

GRT is the native token of the Graph, an open-sourced protocol enabling users to collect, process and store data from various blockchain applications. GRT is staked by users of the protocol in order to retrieve and store information.

The Graph continues to attract new adoptions and partnerships. This month, it saw NFT-based game Nifty League migrate its data to the platform, while it also has witnessed significant usage with relation to AssangeDAO.

It’s because of this growing usage that we expect GRT to recover from its slump over the past few months. 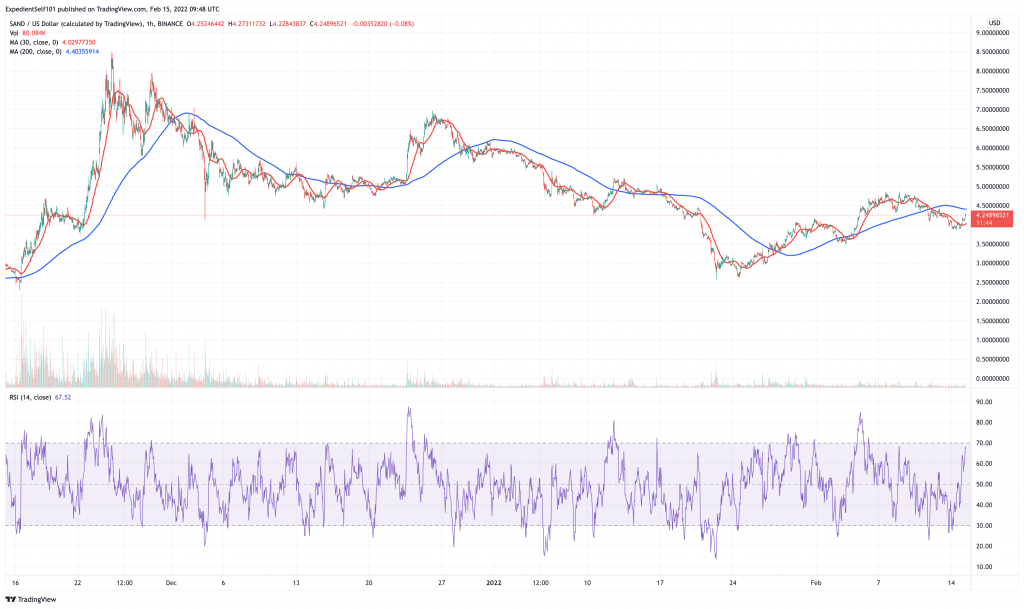 Much like the rest of the market, SAND has been struggling for a while. Its relative strength index (in purple above) fell below 30 yesterday, indicating that the market was overselling it. Today seems to be a correction of this, with its RSI now rising quickly towards 70. Likewise, its 30-day moving average (in red) has stopped falling relative to its 200-day average (in blue). This could indicate a turnaround.

Indeed, SAND remains a fundamentally strong coin, so a big recovery is due at some point. Its native platform, the Sandbox, is possibly the most successful NFT-based metaverse games in crypto. It had a very good 2021, selling one plot of land for $4.3 million at the start of December. It also turned over $86 million in land sales in the last week of November alone, more than any other metaverse platform.

More recently, it announced a partnership with major game publisher Ubisoft, which will be bringing its IP to the platform. This is one of many recent partnerships and tie-ins.

We are delighted to bring this new partnership with @Ubisoft, allowing anyone to create their own experiences with the Rabbids franchise in the Open #Metaverse!

If that weren’t enough, its parent company, Animoca Brands, raised a whopping $358 million last month. This comes in addition to the $93 million it raised from major VC fund SoftBank at the beginning of November. This is why it’s one of our 5 best cryptocurrency to invest in at low prices. 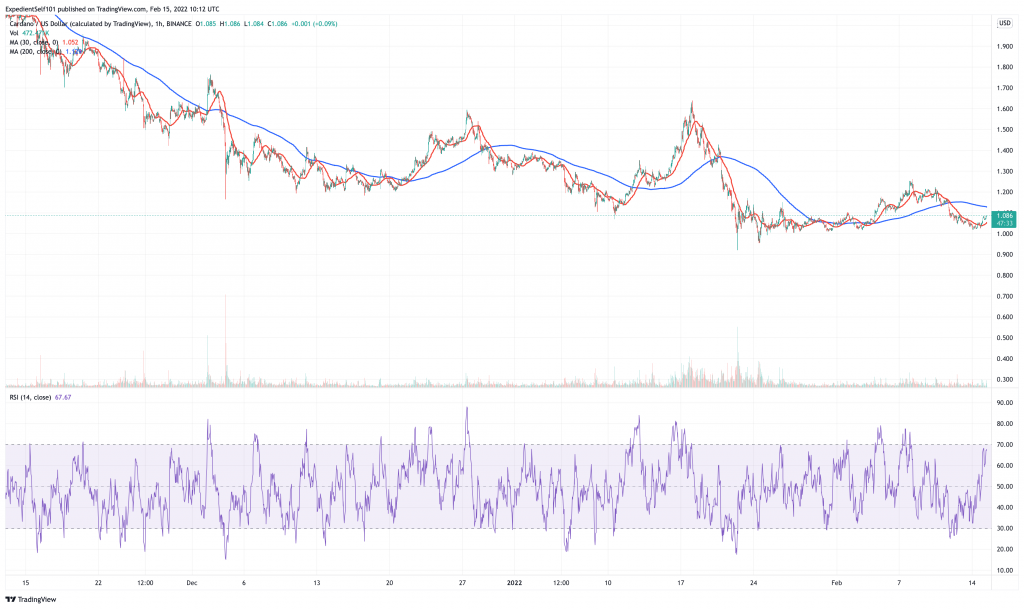 ADA’s technicals show that it has regathered some momentum today. Its 30-day average has begun rising, and could overtake its 200-day anytime soon. This would potentially signal a breakout.

Possibly the most interesting piece of recent ADA news is Valour’s launch of an ADA-based exchange-traded product on the Frankfurt Stock Exchange. This could prove a significant catalyst for future price rises, with the ETP opening up the ADA market to more liquidity and institutional interest.

More generally, ADA remains one to watch for the future. As the native token of Cardano, it could witness a huge explosion in use in the coming months. This is largely because Cardano continues to see a rise in the number of apps and projects launching on its platform.

We can expect significant network traffic around the launch of new #DApps, especially in the early days. And especially around the most hotly anticipated new #DeFi launches, with many coming soon.
?1/7

Cardano has also registered a total value locked in for the first time ever in recent weeks. At $121 million, this figure remains modest, but it has increased by over 3,000% in less than a month. 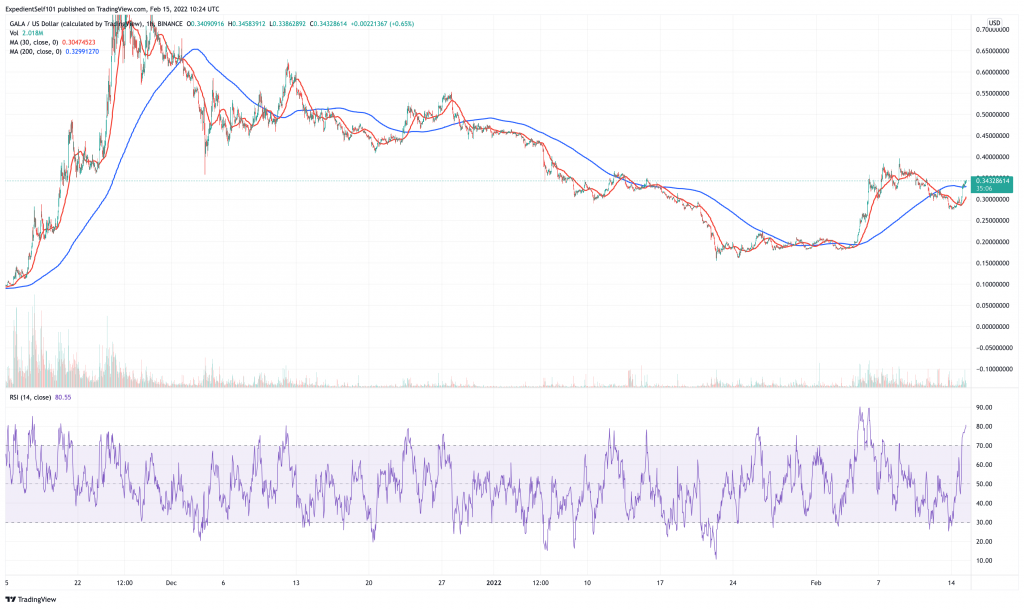 GALA’s indicators show a very marked shift in momentum. At 80, its RSI is heating up vigorously, while its 30-day average is also about to form a golden cross. This could point to a strong rally.

GALA has had a very good February, largely due to the growth in play-to-earn gaming. As the native token of the Gala Games platform, it benefits from the latter’s launch of new titles. This includes Legends Reborn and SpiderTanks, while Gala has also witnessed various new partnerships, including with none other than rapper-turned-entrepreneur Snoop Dogg. 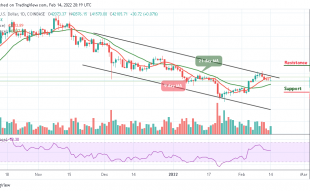