Ripple’s XRP is one of the top ten altcoins. The cryptocurrency has managed to increase tremendously this year, and it has covered most of the losses realized after the lawsuit filed by the SEC.

Most altcoins witnessed a major pullback on Friday, which erased some of the gains made during the week. XRP is trading at $0.603 at major exchanges at the time of writing after a 4.4% loss in 24 hours.

The coin started the week on a positive note before a downward trend was reported on Friday, and the token retreated to $0.611 by the end of trading. However, in the past 24 hours, the token has managed to retail trading at those levels. 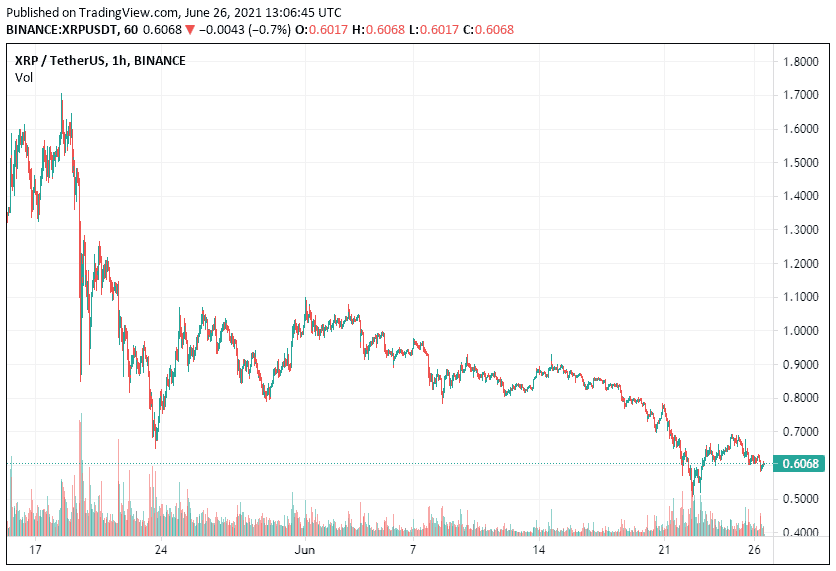 The XRP token price has fallen short of a major resistance level at $0.702, and during an intraday trading session, the token retested the $0.60 support levels. The coin needs to maintain its support above the $0.60 levels to avoid further retreats to lower levels. If the weekend fails to offer support to the token, a retreat beyond $0.60 will be reported, which could force a steep downtrend.

On the other hand, if an upward movement is reported, XRP might once more retest the $0.70 resistance levels. If the broader cryptocurrency market continues offering support to the token, we might see an uptrend that may give Ripple a bounce back to the coveted $1 levels.

Ripple is also keeping up the fight in dominating CBDCs. Ripple’s whitepaper had revealed that the token was the bridge for CBDCs. The Bank for International Settlements has supported the move for launching CBDCs, and if digital fiat becomes fully adopted, Ripple is poised to play a huge role.

Those who want to buy XRP tokens can do so from the eToro cryptocurrency exchange. The exchange is highly recommended because of the wide array of available features. Some of the top features of the exchange include copy trading, low trading fees and ease of use.

Shiba Inu is one of the tokens that have done exceptionally well this week. ...