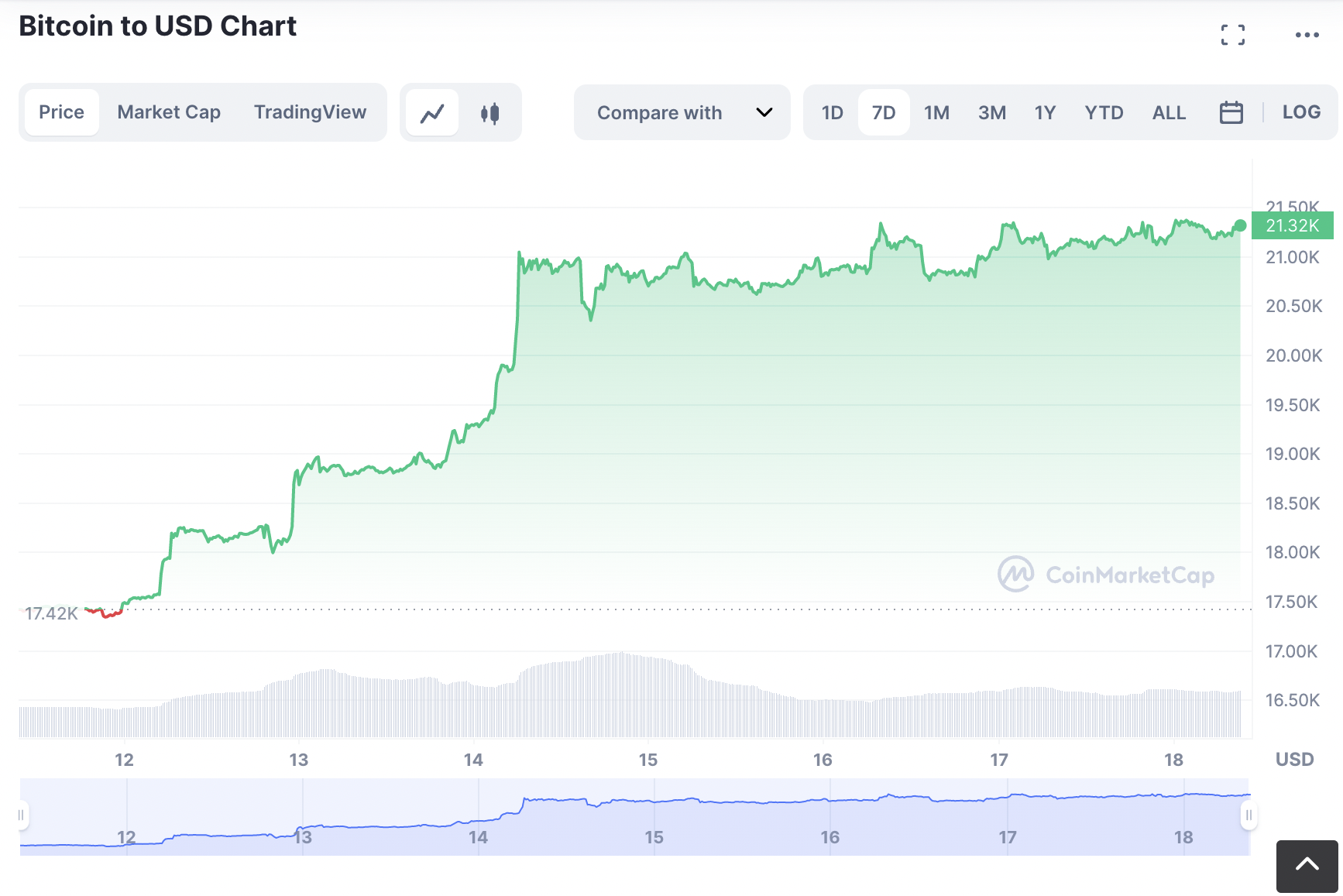 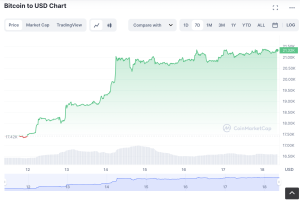 In the year 2023, Bitcoin has had a productive beginning to the year. Since the beginning of the year, the value of the cryptocurrency with the greatest market capitalization in the world has increased by more than 25 percent.

The majority of these gains were the result of an unexpected 20% rally that took place over the long weekend, with Bitcoin surging beyond the $21,175 barrier at the time this article was written.

The surprising increases, which occurred against the background of an ongoing bearish feeling in the market, caused many people’s eyebrows to raise.

What Is Pushing The Price Up?

Inflation climbed only a little in the month of December 2022, leading some to speculate that the Federal Reserve (Fed) may suspend its rate rises, a development that may have contributed to the cryptocurrency market’s growth.

Bitcoin, the stock market and gold have all felt the effects of inflation thus far. However, Bitcoin’s institutionalization and a series of Fed moves last year may have been beneficial to the cryptocurrency.

Experts are optimistic about Bitcoin as well because of the upcoming “halving event” in 2024. It has been noted that Bitcoin miner rewards are halved every four years (3.125 BTC). In addition, supply decreases, which is thought to benefit demand.

As a result of a number of negative developments in 2022, such as the Terra Luna catastrophe and the insolvency of FTX, the world’s largest crypto exchange, as well as predictions of worldwide macroeconomic instability, the market value of Bitcoin fell by about 65 percent.

A surge in demand is the primary driver behind Bitcoin’s price rise. The demand for Bitcoin rises as more and more people and organizations start accepting it as a payment option. Demand is also fueled by the fact that more individuals are purchasing and keeping Bitcoin as interest in it rises.

What Does This Pump Mean For Investors?

Investors’ sentiments, limited quantity, anticipation, and active involvement from institutional investors are all contributing causes to Bitcoin’s price increase. Be mindful that the crypto market is extremely speculative, and that Bitcoin’s price might change dramatically; as a result, it is impossible to forecast the future price fluctuations of Bitcoin and other crypto assets.

Investors Are In 2 Minds about Sudden Spike

While most analysts think that it is still too soon to tell if the bear market has ended for good, they do agree that the market mood has improved significantly.

As a result of the recent CPI data, falling inflation rates, and FTX’s news that the business has recovered $5.5 billion worth of assets, etc., the market mood has improved. Therefore, there is a great deal of good momentum despite the fact that the market is still negative.

Bitcoin has risen by more than 24 percent in the previous week. Thanks to this impressive surge, the widely-followed “Bitcoin Fear and Greed Index” settled into the neutral territory at 52 on Sunday, the first time in nine months that it has done so.

The index had risen to 55 earlier in the day, but it had dropped back down to 45 by the time this was written, indicating that fear was still the dominant emotion and that complete confidence had not yet been achieved. A week ago, the index read 25, which indicated “extreme fear.” This week’s reading shows a dramatic improvement.

Even the experts can’t agree on where Bitcoin’s future lies. Bitcoin is the greatest option for cryptocurrency investors, according to analyst Benjamin Cowen. He concludes that regardless of BTC’s performance, the Bitcoin Dominance Index (BTC.D) will ensure that BTC remains the most dominant cryptocurrency market participant.

He predicts that, given the global crypto market’s current regulatory situation, altcoins will be subject to greater restrictions than BTC. This is among the main reasons why he thinks BTC will succeed. But he thinks Bitcoin has to burst beyond the $23,000 barrier in order to win over skeptical investors.

Yet another prominent crypto critic, Il Capo of Crypto, called the latest upswing “one of the largest pitfalls for the bulls” he has ever witnessed. He predicts that Bitcoin’s price will drop to $12,000 before the bulls can reclaim control.

The gloomy picture hasn’t been negated despite the current upswing. In a lengthy Twitter thread, he explained his position and emphasized the need of protecting earnings. He praised investors who had gained money during these times.

This sector of the crypto business appears to be gradually moving past the disasters of 2022. Since the beginning of 2023, most coins have been increasing in value; several of them have increased by more than 10%.

The market cap of all cryptocurrencies combined has climbed out of the $880 billion region and is inching back toward the $1 trillion milestone. The unexpected rise of Bitcoin to over $21,000 was the icing on the cake for Bitcoin advocates.

However, with experts’ opinions all over the map, the future of the cryptocurrency with the longest track record looks a little shaky. Investors should always conduct their own research and risk no more than they can afford to lose entirely. 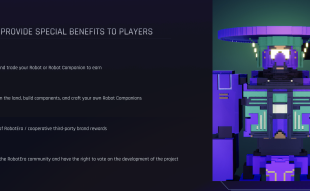