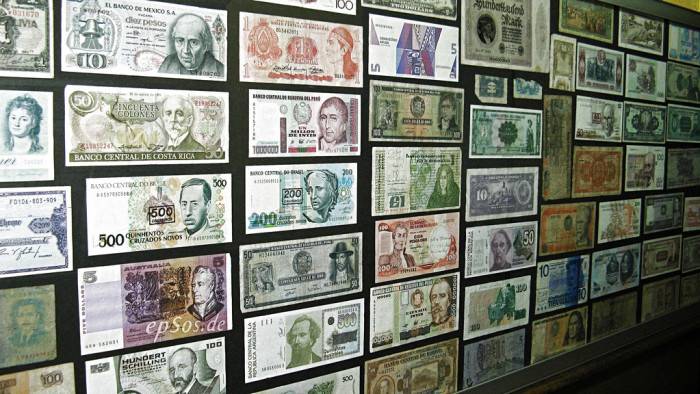 The Internet has been an extremely powerful force when it comes to generating free access to information from all around the world, and it’s possible that Bitcoin could do the same thing for digital commerce. While the importance of getting Internet access to the entire world cannot be overstated (60% of the world’s population is without Internet access right now), it could be true that access to a completely open online payment ledger, such as Bitcoin, is more crucial. This is the argument that Xapo CEO Wences Casares recently made during an interview on EconTalk.

In order to make his point on the importance of Bitcoin for at least five billion people around the world, Casares first discussed the problems associated with using cash on a daily basis. While many people in the developed world take credit cards and debit cards for granted, there are billions of people around the world who are forced out of the digital economy and stuck moving physical cash whenever they need to make a transaction:

“If you are one of the five billion people who live on cash — there’s a little over a billion people who have credit cards and debit cards, most of the world does not have that. So, they’ve seen this revolution go by them. They cannot benefit in any way, and they have to rely on cash. Cash is expensive to keep at home, it’s expensive to transport, it’s risky, all payments [require] that you move there physically — usually by public transportation that is slow, increasing the risk of it being stolen. It’s ridiculous, but it’s very expensive to be poor. And it’s very expensive to live on cash.”

There have only been 56 occurrences of #hyperinflation in the 20th century. #Venezuela might be next. http://t.co/Rp6TMv00I8

An Escape from Troubled Currencies

After discussing the issues with physical cash, Casares then moved onto the problems found with many of the central banks throughout monetary history. The Xapo CEO saw how destructive inflation can be while growing up in Argentina, and he sees Bitcoin as a tool the poor can use to protect the small bit of value that they do have:

“Then, when there are problems with a currency like I saw growing up in Argentina, the poor get the worst end of that trade, right? The rich can move their assets somewhere, but the poor can’t. Bitcoin changes all of that. Now, anyone with a little bit of cash — all you need is a cell phone. Anyone with a cell phone can get bitcoin and participate in the digital economy. And have an alternative to the local currency they don’t trust. Both of those things are incredible.”

While bitcoin already seems to be performing better than the Venezuelan bolivar in 2015, it should be noted that the digital money is not necessarily the most stable currency found in the world today. Bitcoin also opens up the ability to easily move into many other assets in a cheap, frictionless manner, so even individuals who are not interested in holding the bitcoin commodity can benefit from the underlying Bitcoin payment system.

Money is More Important Than Information

Near the end of this particular part of the overall discussion Wences Casares had with EconTalk Host Russ Roberts, the Xapo CEO brought up the idea of money (Bitcoin) being more important than information (the Internet). He claimed, when given an option between the two, a farmer in Africa or Asia would “prefer perfect access to money.”

Roberts seemed to agree with this contention. He noted, “It’s nice to be able to look up how far Jupiter is from [earth], but that’s no so crucial if you’re a subsistence farmer or a small business person in Ghana.”

“Once you have your basics (shelter, food, health, education) covered, then it’s great to see how far Jupiter is [from the earth]. Right? But if we don’t have those covered, I prefer to cover those first.”