Homenewsusdd loses its peg is it the end of trons stablecoin 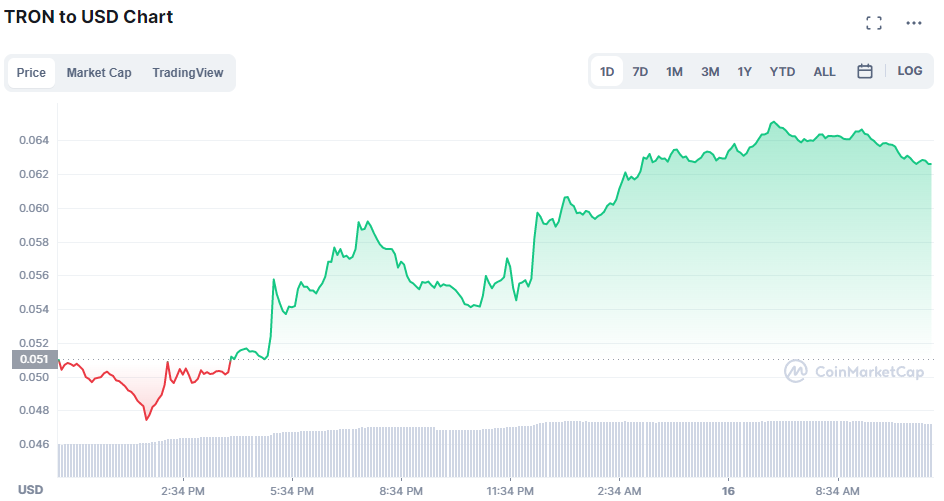 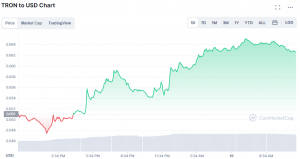 USDD, one of the most stable “Stablecoins,” has lost its 1: 1 to USD peg. The community is in an uproar and wondering if this is the end of Tron’s Stablecoin.

After the Terra market’s crash because of its algorithmic Stablecoin, depegged to $0.6969 within a few hours, the cryptocurrency crowd has gotten increasingly wary of the algo-based Stablecoins.

It has led to a chain reaction leading to other Stablecoins losing their peg to the USD. USDD is just the latest to lose its peg, and like Terra’s de-pegging, the crowd’s reaction is not good.

One of the primary reasons behind it might be the aggressive TRX sell-off because of the coin trading in deep red with a 16.1% loss.

The loss of USDD has piled on further sell pressure on the TRX, and it started trading in the deep red with more people willing to sell off their tokens to not partake in the losses.

In light of these events, TDR, the TRON DAO Reserve, has withdrawn $989 million worth of TRX from Binance to an unknown wallet. Whale Alert watched over this massive withdrawal and alerted the users about the same on Twitter, and TDR has acknowledged it.

“It is to safeguard the overall blockchain industry and crypto market.” – TDR has responded.

TRX is the native token of the TRON foundation and one of the collateral assets of the USDD, Tron’s Stablecoin.

The DAO claims that the withdrawal will strengthen the USDD reserve and ensure repegging.

Tron founder has claimed that the depeg is the combined effect of Terra’s crash and the funding rate of Binance market betting against TRX – necessarily shorting it.

The crowd was betting that the TRX would fall by 500%. This rate suggests that several players in the market want to be in on this and short the token. In response, Justin Sun said that the TDR would deploy $ 2 billion to fight these attempts and put TDR back on track.

Funding rate of shorting #TRX on @binance is negative 500% APR. @trondaoreserve will deploy 2 billion USD to fight them. I don't think they can last for even 24 hours. Short squeeze is coming. pic.twitter.com/VRExM6UK70

What is USDD – and why has it got people worried?

USDD was launched in May 2022 with the idea to replace TerraUST. Backed by the same algorithmic approach as the UST, USDD quickly attracted positive and negative attention from the community.

Many have said that the token is walking on the same chartered lands of failure, while others are hoping it would be more than a failed experiment – something that Terra UST was.

Justin Sun has explained how the USDD works:

This relatively simple approach to DeFi has made Tron the third-largest DeFi blockchain, succeeding Binance Chain and Ethereum.

Now, from the looks of it, even if the USDD drops below the peg, users should be able to salvage the situation by exchanging 1USDD with 1 USD worth of TRX.

Here is the kicker, USDD has failed to establish the peg, and fear has caused users to aggressively swap their USDDs for 1 USD worth of TRX and sell the token on the market. It has inflated the supply a bit, which has increased the selling pressure and decreased the price of the token.

Users are saying that the situation reminds them of UST and are fearful that TRX will likely follow the same route and crash in the process.

At the time of writing, USDD still hasn’t recovered its peg and is trading at 97 cents. The general graph shows fluctuations below the dollar regions. It has further fuelled the fears of the cryptocurrency market.

Is it the end of the Tron’s Stable coin?

Even in the bear conditions, Tron is showing signs of recovery. At the time of writing, the TRON price is up by 24.17 in the last 24 hours and is currently staying strong, ranking #14 on CoinMarketCap.

Also, the latest news says that USDD has officially been upgraded and now is the first reserve-backed over-collateralized decentralized Stablecoin. TRON DAO has claimed it would provide a minimum guaranteed collateral ratio of 130%.

?#USDD has officially upgraded to be the first reserve-backed over-collateralized decentralized #StableCoin with a guaranteed minimum collateral ratio of 130%! @usddio https://t.co/kLHtZxQJrf

Tensions are high in the current ecosystem. There is no one to blame here. However, the recent moves that TRON has made show that the coin might have a bright future down the line.

However, it is important to remain cautious in the current market, but don’t spend FUD around. It won’t be well for anyone. 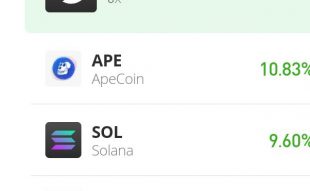 0x (ZRX) Price Prediction: ZRX Is Beefing Up, Pushing to the North

Join Our Telegram channel to stay up to date on breaking news coverage Ox ...