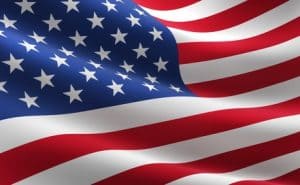 The US has sued to try and gain access to various crypto accounts that have been allegations of North Korea stealing over $250 million from both Cryptocurrency exchanges. This theft, having happened back in 2018, has gained new focus as Kim Jong Un led his regime in the launch of the largest military display the dictator country had done in months.

The suit, filed at Washington’s federal court on Monday, is seeking the forfeiture of 113 accounts spread across various exchanges. As the complaint explains, the hackers leveraged phishing emails with attached malware to target different exchanges, located both within South Korea and internationally.

The US government explained that it had started to search for the alleged hacks after the UN’s Security Council discovered that North Korea was exploiting cryptocurrency hacks to finance is military operations, all the while bypassing international sanctions.

Back on Monday this week, the US had sanctioned two Chinese nationals due to the allegations that they were involved in laundering the stolen money to North Korea after they had taken it.

Even with the sanctions, the North Korean regime didn’t stop building its military arsenal. The Korean Central News Agency reported on Tuesday, stating that King was on-hand to help guide a “firepower drill.” The state’s media released photos that showed him in a leather trenchcoat and a fur hat, watching military exercises being performed.

On Monday, Kim’s regime fired projectile weapons that had flight characteristics that were similar to short-range ballistic missiles. While the exact nature of these fired projectiles was unclear, it’s the first provocation from Kim since the 31st December, where he stated that he no longer bound himself on the freeze of major weapon tests.

Last year, Kim had spent a good amount of time throwing out threats of taking a “new path” when it comes to the US nuclear talks in 2020. This was, of course, should President Donald Trump not make an appealing offer when it comes to nuclear negotiations.

It seems that there will be a new round of political tension bubbling up from the surface, as these two countries start to take action against each other. How it will turn out remains unclear, but with any luck, things will turn out for the best.

Through a press release that was issued on Monday, the German Federal Financial Supervisory ...