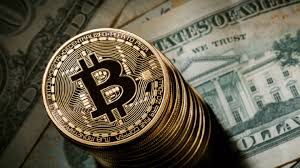 Criticisms against Bitcoin have been rather rampant in the past few days, with some capitalizing on its recent slump to hammer its perceived drawbacks. In a recent Bloomberg interview, Paul Donovan, the Chief Economist at UBS Global Wealth Management, explained why he believed that digital assets would be unable to replace fiat currencies.

In the interview from earlier this week, Donovan explained that cryptocurrencies wouldn’t be able to replace fiat currencies because of their generally fixed supply. Unlike fiat currencies, digital assets can’t function as stores of value, and they don’t offer the same levels of certainty.

Donovan particularly hammered the point of fixed supply, explaining that the number of assets like Bitcoin in circulation can’t be reduced if demand drops. In part, he explained:

“A proper currency can be a stable store of value, providing certainty that it will be able to buy the same basket of goods tomorrow as it buys today. That confidence is derived from central banks’ ability to reduce supply when demand is falling. There is no such mechanism for switching off supply on most cryptocurrencies”

Donovan also harped on the ages-old argument that cryptocurrencies are too volatile. As he explained, people won’t be sure of what they can buy with a cryptocurrency unit tomorrow. So, they will be less comfortable with using it as a currency.

Bitcoin’s monetary supply has been one of its many strengths, with many pointing out that its resistance to inflation makes it the ideal global reserve currency for a 21st-century economy. The asset’s fixed monetary policy is essentially the reason for the institutional investment push that has sustained the market for the past year.

If It Ain’t Broke, Don’t Fix It

While Donovan’s criticism might seem harsh, it is worth noting that Bitcoin has never reached a point where demand became alarmingly low. The asset has amassed a significant number of believers, and these people are waiting to ride out any storm. If the crypto winter couldn’t crash the asset entirely, hardly will anything else do so.

As for the volatility argument, this isn’t the first time a critic will raise the point. Just this week, Gerald Moser, the Chief Strategist at top British bank Barclays, told Financial News that Bitcoin’s volatility made it an “uninvestable asset.”

In his interview, Moser explained that investors wouldn’t be able to add Bitcoin to their portfolios and make projections because it is just too volatile. He added that the leading cryptocurrency’s recent rally was primarily due to a growth in retail investors instead of institutions who would be able to sustain the market for the long term. Moser appears to have been wrong on that note, with several metrics pointing to a surge in institutional crypto investment.

Join Our Telegram channel to stay up to date on breaking news coverage Publicly ...