Homenewsuber founder plans to change the philosophy of cryptocurrency

The news in November reported that Uber co-founder and chairman Garrett Camp would join other billionaire philanthropists in giving half his wealth away after what he described as an “eye-opening” experience while traveling in Africa.

What was not reported was that the experience also triggered the idea for a new kind of cryptocurrency.

Camp who only began seriously looking at cryptocurrencies last year found the entire idea wanting in many ways. He decided it would be best to re-design the system from a different philosophical standpoint.

Working with the best minds from universities, science foundations, and research institutes, similar to how the internet was formed, he is calling the project ‘Eco’ because it is easy to remember and to say in almost any language.

Camp is one of many tech leaders getting into the cryptocurrency ring. Most notably of late Pavel Durov founder of the chat app Telegram has reportedly raised over a billion dollars in an ICO for his TON network. While Mark Zuckerberg has talked about the need for Facebook to move towards encryption and cryptocurrency.

Camp’s goals are different though, he is creating a cryptocurrency that operates on almost contrasting principles to existing coins from the foundation up.

Firstly, the Eco’s blockchain, or shared ledger, is being designed to run on verified nodes as opposed to a network of anonymous machines. This will forfeit some aspects of security but gain efficiency through coordinated governance.

Secondly, ‘miners’ won’t be competing against each other as tokens will be shared equally throughout the entire system of verified nodes whenever a new block is confirmed. This discourages people from throwing as much computing power as they can at the system and thus cuts down on energy consumed.

The way Camp intends distribution is as different as his idea for “mining”. Unlike Durov, who seemed to be testing the limits of how much money he could wring from an as yet programmed network, some of the initial Eco tokens will be given away to get things started.

The “ICO” plan is to distribute half of the trillion tokens to be generated over several years to the first billion users. Of that, a fifth of the tokens will be set aside for verified nodes. A tenth to pay operational expenses for Camp’s Eco Foundation. Another tenth for advisers and contributors and a final tenth for  “strategic partners worldwide.”

The project is still in the design phase and Camp is inviting experts in many fields to join in on creating the ‘Eco’. The white paper actually has a call out to experts written into it.

If you are an expert in technology, security, economics, governance, policy or design and are interested in helping build Eco into a global currency, please email us at contributors@eco.com.

When speaking about the future of the project Camp expressed a cautious optimism saying “I think it could have as much or even greater impact (than Uber) if it succeeds,”.

The post Uber Founder Plans to Change the Philosophy of Cryptocurrency appeared first on NewsBTC. 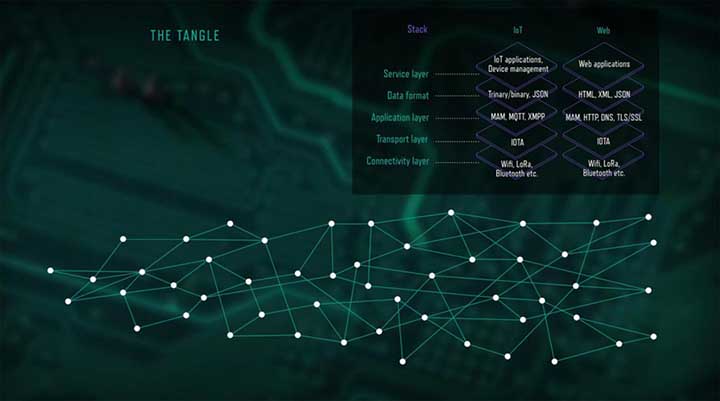 CyberVein Competing Against IOTA and Byteball? It’s Not Just That