Tyler Swope stands as a notable crypto trader and influencer and has recently predicted that Coinbase, one of the biggest US-based crypto exchanges out there, could potentially be adding four new cryptocurrencies to its growing list of altcoins.

Swope, through a YouTube video, told his 222,000 YouTube subscribers that the Theta Network (THETA), a decentralized video delivery network, has been on the radar of Coinbase ever since July of 2020. 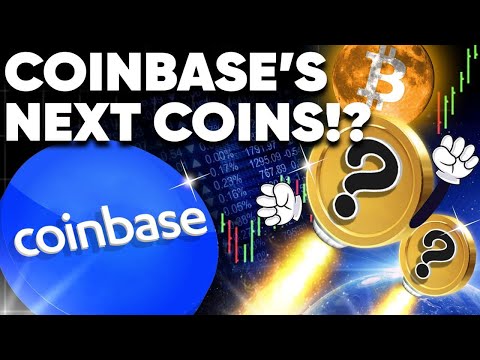 As proof, the crypto influencer cited Steve Chen, the co-founder of YouTube and Theta Network’s core advisor. In a tweet, Chen recently congratulated the Origin Protocol (OGN) team, as it had been recently listed on Coinbase as well. Swope speculated that Chen’s Silicon Valley connections might just be what’s needed in order to get the crypto exchange to list THETA as well.

His reasoning is that the congratulating of Origin through a tweet signals that Theta might very well be in talks with Coinbase too. Swope speculates that he’s a bit jealous about the fact that Origin managed to pull it off, but thinks that the THETA will have its due soon, thanks to Chen’s numerous connections. In fact, Swope speculated that THETA could be listed as early as this month.

Using Rosetta As A Base

Swope gave a few speculations about various cryptocurrencies. One of these cryptocurrencies Swope speculated to be listed on Coinbase soon is Kadena (KDA). Kadena stands as a blockchain platform offering interoperable public and private networks.

As justification for this, he turned to Rosetta. Rosetta is a Coinbase-led open-source project offering an array of tools in order to facilitate integration with blockchain. There’s an entire array of blockchain teams supporting Rosetta, but only Celo and Filecoin (FIL) are listed within Coinbase. Thus, he speculates this will change soon enough.

He cited how both Filecoin and Celo were mentioned in an exploring asset blog that was posted back in September of 2019. Swope highlighted that there were other assets mentioned within that exploring post, and many of these mentioned assets are on Rosetta as well.

The coins that meet both these criteria are Handshake (HNS), Coda, Near, Kadena, as well as Oasis. Of these cited coins, he speculated Kadena would be first since it was first in deploying the Rosetta API back during its launch.

As for third and fourth, he speculates that this could be Handshake, a protocol aiming to re-invent the top-level internet domain allocations, as well as PoolTogether (POOL), a lottery protocol. Handshake was second to deploy Rosetta, and POOL is speculated through a process of elimination rather than these far-reaching conclusions of before.