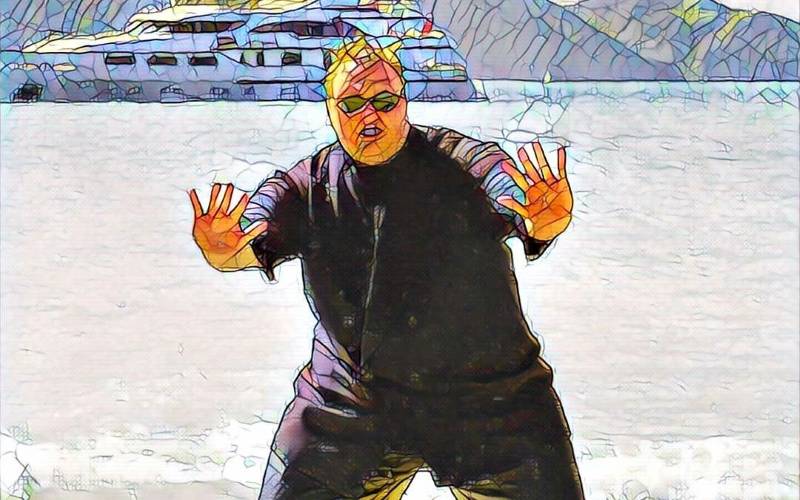 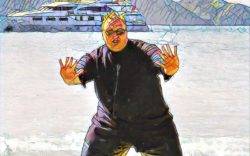 Kim Dotcom is re-launching his Megaupload platform in early 2017. At the same time, he will reveal a mysterious blockchain powered project called Bitcache. If you have been following the developments recently then you likely already know that. What you may not know is that Dotcom has been talking about his “next” project for over a year, and he has dropped a few hints here and there in the interim.

Trying to piece those hints together leaves a frustrating amount still unanswered. Half the time, it is impossible to know if Dotcom is serious or trolling. We do know a few facts. Dotcom says it will be a mass online storage solution. Bitcache will use Bitcoin micropayments. and user privacy will be protected using encryption. He also claims that his technology will solve Bitcoin’s scaling problems, a lofty promise indeed.

A little history for those who haven’t been following the case. Kim Dotcom launched Megaupload in 2005. At its peak it had over 50,000,000 daily users, before 2012 when the US Government seized the site. For years after, Dotcom fought extradition to the United States from New Zealand and eventually won. His assets were also seized, but he was able to wrestle back control for at least some of it.

Beyond the small tibits Dotcom has released, little is known about his upcoming project. We have trolled through his twitter account and read every article Dotcom has seen fit to retweet (he does that a lot) trying to figure out exactly what Dotcom has planned for bitcoin and cloud storage. Here are three interesting but under-covered hints and facts Dotcom has dropped.

(1) There are three Dotcom projects going on now.

Dotcom made it clear in a recent tweet that the Bitchache project is not Megaupload 2.0 or the MegaNET program he started hyping last year. They will all connect together though. Megaupload 2.0 seems to be an evolution of the original Megaupload. Bitcache is less clear but involves cryptocurrency micropayments in some way.

The most ambitious of the three though, is MegaNET, which has been described as a decentralized internet. It sounds like it will use mesh networks and your phone’s unused processing power and storage. Users won’t have a traditional IP address.

In order to make Mesh Networks work effectively on a large scale, it’ll need a critical mass of user adoption, which is apparently what Megaupload 2.0 and Bitcache are designed to attract.

Demon Saw is a unique file sharing program that seems to involve some of the features Kim Dotcom wants to include in his projects. Its creator and Kim Dotcom have recently spent some time together at Defcon and proclaimed they would change the world.

A posed picture together is hardly an announcement, even if Dotcom did retweet it, but the similarities of their projects make it worth paying attention to. Demon Saw is retro in its design and function. As a long time member of the internet underground, it reminds me of early, pre- Napster, pre-torrenting file sharing services like Hotline Connect and Direct Connect. Like those programs and like Dotcom’s MegaNET, Demon Saw is separate from the traditional internet.

Like Hotline Connect, users decide if they want to be a Client or a Server. Clients can download any file put into designated folders on the Servers’ computers. Users can make “Groups” so that activities aren’t taking place in public.

Demon Saw is not yet open source, a point of contention in its still in its infancy community. Could it be that Dotcom doesn’t want him to reveal trade secrets until Megaupload 2.0 is ready?

(3) Despite all the Red Flags, I still want to invest.

Dotcom has maintained that the project will turn into something crowdfunded. It appears he is going to go through with that, using BankToTheFuture as his platform.

The #Bitcoin community seems excited about Bitcache.@BankToTheFuture and I are working on a limited share offer.

While Dotcom is saying it will be open sourced, we know almost nothing about the project at the current moment. Investing would essentially be putting all your trust into one man: Kim Dotcom.

Kim Dotcom is the sole reason to invest in his upcoming projects, never a good sign. Investing in crypto projects is like playing the lottery: you are probably going to lose. So investing in a project that is dependent on one man is even more risky. Concerns that are deepened by Dotcom’s continued false insistence that he invented two factor authentication. It is rarely a good sign when your inventor is claiming to invent things he didn’t invent. (Dotcom holds a patent in the EU and US on 2FA, but it was predated by patents held by AT&T and publicly available work.)

He is also making lofty promises that seem out of his reach. He claims his program will solve Bitcoin’s scaling problems. I have my doubts. Big issues are rarely solved by one feature or idea. More often, the solution is revealed slowly, by a bunch of people working together. Satoshi did not solve Byzantine General alone. Wei Dai and Nick Sazbo had major contributions to the solution long before Satoshi appeared on the scene. There are hundreds of people with really high IQs working on the problem together. Will Dotcom come in fix everything by himself? Again, I have my doubts.

But with all that said, and despite the sale breaking several of my cardinal sins, I still want in. Former users still have fond memories of Megaupload. There is no reason to think he won’t do it again. Kim’s successful launch of Mega.co.nz proves he is not a one-hit wonder. No cloud storage or file sharing solution has matched Megaupload’s original success. Dotcom is swinging for the fences this time, targeting not just file sharing but online reward structures and the internet itself as w ell. Whereas Megaupload was a Web 2.0 company, Megaupload 2.0, Bitcache and MegaNET might create a whole new genre of what it means to be online. Web 3.0. 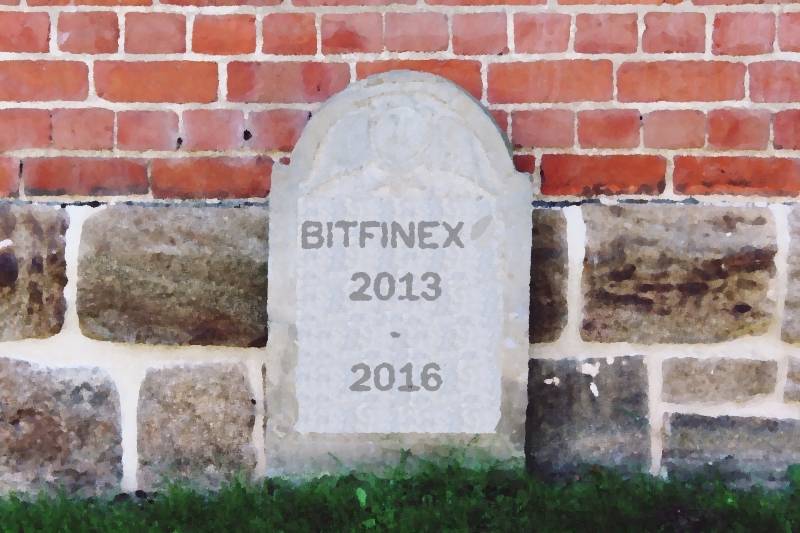 Why the Bitfinex Failure Hurts All of Us

“Insanity is doing the same thing over and over again and expecting different results.” ...