Luna Foundation Guard (LFG), a fund created specifically for the Terra network, remarked in a follow-up update that the distribution of assets might not be feasible at the moment, nor could a timeline be established for the same.

On the 7th of October, LFG cited on Twitter that the “distribution is not possible due to the ongoing and threatened litigation” as the reason behind the abrupt halt.

Terra aims to distribute the remaining assets to the users – the smallest holders first – impacted in the UST depeg, as stated by the LFG. The fund’s reserve balance reached $4 billion over time before the market downturn in the month of May. However, it has dropped catastrophically to around $105 million at the time of writing.

The fund further added in the Tweet that “they will continue to follow through their initial plans, and the people waiting will be first to know about any new updates and developments.”

How are users responding to the announcement?

Shortly after the depeg event in May, Terra announced in a Tweet about the compensation of the assets to the users. They further proclaimed their endeavors with different distribution channels and said they’ll give an update soon.

While the users were still waiting for the compensation, their reaction to the LFG’s tweet was not positive at all, which was quite obvious. They criticized the fund for not disseminating the assets swiftly and stated that Do Kwon, the co-founder of Terra, was involved in the collapse of the network.

The users were quite outrageous about the news, which was pretty evident when one of them said— You could have done it way earlier if you wanted to do it. You had enough time, but the co-founder, Do Know, was just accusing exchanges of not providing data.

Another Tweet from the user FatManTerra asked the LFG to be specific and show evidence of why the distribution isn’t possible. The person further stated that “threatened litigation” is not a valid answer and you must stand on your said words.

According to you, no TFL or LFG funds have been frozen.

Why is distribution not possible? Be specific and show evidence. No, "threatened litigation" is not a valid answer. You scammed people and committed to a refund. Fulfil your promise. https://t.co/MC6kKQSvPM

It is not the first time Do Know has been in the highlights for such cases. South Korean-based authorities have been running a case against Do Know and the associates following the collapse of their network.

A prosecutor even alleged the movement of 3,313 Bitcoins from OKX and KuCoin exchanges with a TLF wallet. The prosecutor further pointed out that Do Know created a TLF wallet after being imposed with an arrest warrant and added to the Red Notice list.

Subsequently, Yoo Mo, the business head of Terraform Labs, was also issued an arrest warrant by the prosecutors on October 5. However, it was later dismissed by a judge.

Do Know was also asked to submit his passport to the South Korean Ministry of Foreign Affairs by October 20, or else the document will be voided and never reissued.

In May 2022, the UST depegged from the US dollar and dropped below the $.70 mark. This led to an influx of experts, stakeholders, and even trolls gathering on social media and commenting about the bizarre incident.

As the UST continued to plummet, questions abounded about how a stablecoin could become such unstable. Or why this happened to UST and not with other stablecoins that were pegged to the US dollar. However, the challenges did not stop there for Terra. Due to the depeg, LUNA’s price got plunged to about 50% in just eight hours.

Moreover, as LUNA and UST both were crashing, the investors started to cash out to invest in other stablecoins, and there were chances of a bank run.

Do Know further proposed a revival plan, split the Terra blockchain into a new chain called Terra 2.0, and rebranded the old chain as Terra Classic.

In May 2021, it first went down to the mark of $1, which it later recovered. However, it again collapsed in May this year (2022) and has struggled to regain its value since then. You may find a few sites on the internet claiming that it may recover its peg again or that it may shoot up to a significant number, but that seems far from reality.

Considering its current state, it would be interesting to see how things will turn out for TerraUSD and whether it will recover or not. 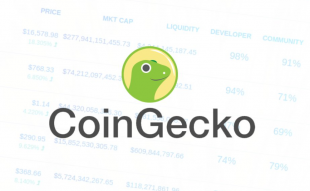 Most Trending Cryptocurrency Tokens on CoinGecko