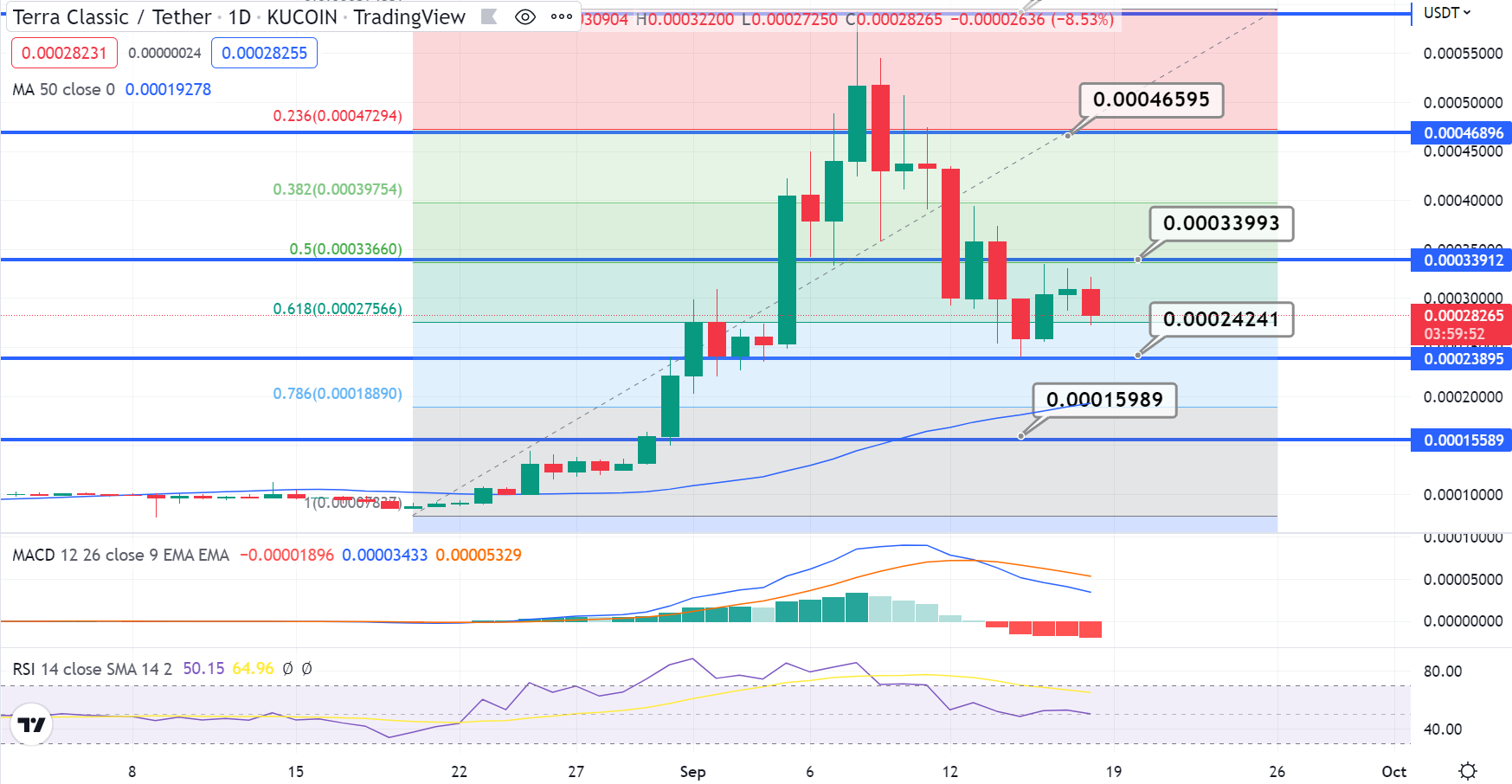 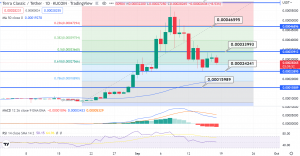 The Terra Classic (LUNC) Coin has failed to halt its bearish rally and has plummeted below $0.0003052. The price of Terra Luna Classic (LUNC) has dropped to a low of $0.0002952 after a South Korean court issued an arrest warrant for Do Kwon, the co-founder of the now-defunct stablecoin issuer Terraform Labs, which is to blame for many people losing their life savings after investing in cryptocurrencies.

Following the news of Terraform Labs founder Do Kwon’s arrest warrant, the price of LUNC has remained extremely bearish. However, the Terra coin’s declines were exacerbated by the crypto market’s risk-off sentiment. The price of major cryptocurrencies fell early on September 16, while the total market cap of all cryptocurrencies fell 2.71 %to $960.06 billion the day before.

Do Kwon: Wanted for the $45 billion Terra Luna Bankruptcy

Do Kwon, the co-founder of Terraform Labs, the defunct stablecoin issuer that caused many people to lose their life savings after investing in cryptocurrencies, has been arrested in South Korea. According to a Bloomberg article citing a text message from the prosecutor’s office, Kwon has been charged with violating the Capital Markets Act. The warrant, however, named five additional people, according to the news report.

Following its demise in May, Terra’s UST and sibling LUNA tokens lost over $45 billion (€44 billion) in value in less than 72 hours, causing other cryptocurrencies to suffer and three crypto firms to go bankrupt. Three Arrows Capital was the most recent company to declare bankruptcy, leaving creditors with billions of dollars in debt.

As a result, since the news of Do Kwon’s arrest warrant relating to Terraform Labs founder Do was released, the price of LUNC has remained bearish.

Risk-Averse Attitude in the Cryptomarket

Investors will be on edge in the coming weeks due to rising food and gasoline prices and geopolitical unpredictability. As a result, Bitcoin is unable to recover on the day as long as it trades below $20,500, a critical level for the world’s largest cryptocurrency.
Today’s price of one bitcoin was $20,172.85, a 0.37% decrease from the previous day. Despite the successful completion of the much-anticipated Merger, Ethereum fell precipitously.

Following The Merge, the price of Ethereum fell below the temporary support level of $1,615 and moved in the direction of a one-week low. As a result, the risk-off market sentiment was regarded as one of the primary factors contributing to the downward pressure on Terra prices.

Another important factor putting pressure on Terra pricing was the stronger US dollar. The US dollar rose further on Friday as US Treasury rates rose in anticipation of a significant Federal Reserve interest rate hike next week. Simultaneously, the Chinese yuan fell to a psychologically significant level of 7 per dollar.

The dollar is expected to rise nearly 1% against a basket of currencies this week as investors rush to protect the US currency. As a result, the “risk off” environment strengthened the US dollar because it increased demand for safe-haven assets such as the US currency.

On the technical front, the LUNC/USD pair has reached the 61.8% Fibonacci retracement level of $0.0000278. Furthermore, LUNC has formed a tweezer’s bottom candlestick pattern, which indicates a weakness in the bearish bias and suggests the possibility of a bullish reversal. 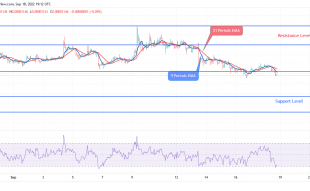