A long-standing debate among financial institutions and similar organizations regarding cryptocurrencies has helped the asset-class gain more popularity and engagement. Investors who were previously unaware of these assets are now starting to participate in the industry, and quite actively too.

A major chunk of the global investing citizenry is now looking at opportunities to invest in cryptocurrencies that provide value. While there are many that disapprove of this move, it is being seen that several organizations and influential figures too have been doing the opposite publicly.

The current scenario of the market seems to be bearish in nature but has been a discounted situation for many. Since BTC crashed and took several altcoins with it as it plunged in value, investors have been skeptical about entering new projects. This is mostly because a huge number of projects turned out to be cash grabs for developers or straight-up scams.

However, this isn’t the case with a few projects. Some organizations managed to utilize this opportunity to build their infrastructure and constantly keep their community updated about any developments. One such project that has been gaining much traction is Tamadoge.

As a newly launched project, it had already gained popularity as a reputed ecosystem. This was increased considerably when CNBC, the news giant, predicted the token to go up 10-50X.

Introduced earlier this year, Tamadoge was already one of the top grossing projects and had a huge community backing it from the start. It is a P2E gaming platform that is also integrated with the metaverse. As an entrant to the popular Doge ecosystem, the project already had a major memecoin status that it could boast of.

Another major factor that influenced the value of Tamadoge was its utility. It features a pet NFT that users can buy. These pets can then be nurtured, fed and cared for by the user. Once it reaches a certain age, the NFT pet can be used to fight battles against friends or random players.

The developers have also stated that they will be bringing in a variety of new developments for the Tamaverse, which is what the ecosystem’s metaverse is called by the community. So, with a combination of utility and the aforementioned memecoin status, Tamadoge positions itself as a project with massive potential.

CNBC is a highly popular media network that has roots in several countries. It is one of the biggest organizations and deals with news of any kind, but is more focused and celebrated in the finance sector. While Tamadoge had already started growing in value, it managed to catch the eye of the company.

On September 13th, CNBC’s website published an article that talked about Tamadoge and another token that hadn’t done well. Tamadoge on the other hand was applauded as a project with actual potential. The website mentioned that TAMA, the project’s native token had the capability to 10X in price by 2023, or even 50X under the right conditions.

Since the project was mentioned on a website that boasts millions of followers, it was shared across various platforms, which converted to more engagement and investors for Tamadoge.

Tamadoge has been consistent in terms of growing and keeping up with its ambitious, but realistic roadmap. The popular exchange OKX listed TAMA token, which only created more excitement among the investors, causing them to buy more.

With such acting catalysts like its first IEO and appreciation from top media houses like CNBC, the TAMA token’s price may be likely to shoot up in value, increasing demand. Since it has been building a strong infrastructure and has been thriving even under the current market scenarios, Tamadoge can be expected to perform exactly as CNBC reported. 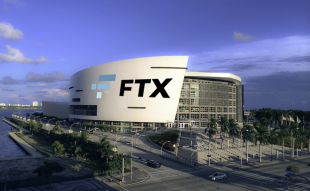