Homenewstamadoge exceeds 10000000 in presale should you still invest

The P2E gaming phenomenon known as Tamadoge has caused quite a commotion in the meme world thanks to their promise of incorporating the Tamaverse and artificial reality into a P2E environment.

As Tamadoge blows beyond the $10 million barrier in its presale, the community is coming together to show support for the project in preparation of its debut.

The $10 million goal for the Tamadoge presale has been reached, which means that the sale is now 70% complete after having taken place for less than a month.

It’s great for the Tamadoge community as a whole that the project was kicked off organically rather than through the use of venture capitalists to raise funds and almost no giveaways to the community. This shows the community’s strength and the community’s ability to come together without the support of VCs.

Additionally, this shows the ability of the community to come together without the support of VCs. There will be a total sale of 1 billion tokens during the presale, of which 700 million have already been sold.

The remaining 1.5 billion tokens will be put into the development of the project and will be gradually unlocked over the course of the next decade.

How Do You Buy Tamadoge?

On the website for Tamadoge, those individuals who are interested in taking part in the remaining portion of the presale can do so.

Shortly after the conclusion of the presale, Tamadoge will be listed on a number of different exchanges, both centralized and decentralized, throughout the world.

However, one should keep in mind that the price of Tamadoge after it has been listed is much less predictable and has the potential to be far higher than it was before it was listed.

What Does The Road Ahead For Tamadoge Look Like?

Those who participated in the Tamadoge presale at the beginning were able to purchase tokens at the lowest price, and as the presale progressed, the tokens gradually increased in price until they reached their final selling price.

The Tamadoge presale is structured in stages, which means that the cost of tokens steadily increases over the course of the presale.

The final steps of the presale for Tamadoge are about to begin now that $10 million has been raised for the project.

At the moment, one USDC may buy 44.44 TAMA; however, once the following 33 million TAMA have been sold, the price will increase to the point where one USDC can only buy 40 TAMA. There are less than 30% of all TAMA that can still be purchased.

In the eighth and last stage of the presale, the price of Tamadoge will increase for the last time; one United States Dollar will only be able to purchase 33.33 TAMA at that point.

The only means to buy Tamadoge up to this point has been through the use of direct cryptocurrency payments made on the Tamadoge website.

This presents an issue due to the fact that in order for Tamadoge to achieve widespread acceptance, it is of the utmost importance that as many people as possible have the ability to purchase TAMA in an uncomplicated manner.

Tamadoge is able to take payments in fiat currency without experiencing any difficulty, thanks to a firm called Transak.

Since payments are accepted from 125 countries all over the world and are processed very promptly, this means that one does not have to bother themselves with the headaches and complexities of these giant exchanges – Transak makes the entire procedure far simpler. You can read the full whitepaper and roadmap at buy.tamadoge.io 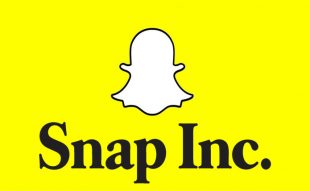 Snap Inc announces layoffs as it shuts down Web3 division