Banks based in South Korea are under investigation for allegedly enabling $6.5 billion in illegal overseas remittances. These remittances were linked to the companies dealing in cryptocurrency arbitraging.

South Korean banks investigated over $6.5B in suspicious remittances

A report by Asia Times ordered a probe into South Korean banks in July after detecting many overseas remittance transactions towards the end of June. The probe uncovered that most of the $6.5 billion remitted overseas from January 2021 to June 2022 originated from crypto exchanges before being sent to overseas locations.

The nature of these transactions showed that some Korean firms were exploiting the “Kimchi premium (kimp). Kimchi premium is the difference in crypto prices in South Korea-based exchanges compared to foreign exchanges.

Investors can purchase crypto from foreign exchanges and trade it on local Korean exchanges to profit. Regulators have also expressed concern over Kimchi premium trading because it encourages capital flight.

Last April, the Kimchi premium surpassed 20%, but it now sits at around +3.37%. A report by Shinhan Bank and Woori Bank uncovered that most of the funds remitted were first transferred from domestic cryptocurrency exchanges and into other corporate accounts owned by Korean firms.

The vast growth in large remittances has raised concerns that investors were using a large number of funds to violate the Kimchi premium, per a report from Asia Times. According to a KBS news outlet, there are also other suspicions that the remitted funds were used to support money laundering. Some employees from the untitled companies that supported the remittances have also been arrested.

The total amount of overseas remittances exceeded what the FSS expected after it ordered banks to investigate the matter. The Asia Times report further said that the FSS would conduct internal investigations into local banks to uncover the additional funds that were remitted and violated the local regulations.

The FSS is also expected to provide sanctions against Shinhan and Woori banks for supporting some of the largest remittances. The report further quoted the head of the FSS, Lee Bok-Hyeon, who said they were taking the foreign exchange transactions seriously and that sanctions could come into the sector. The internal investigations being conducted at Shinhan and Woori banks will be finalized on August 19, after which action could be taken against the two institutions. 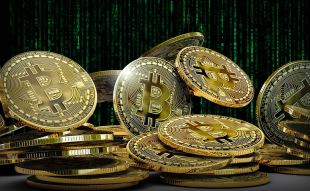