Homenewssolana price is rising day by day should you buy in 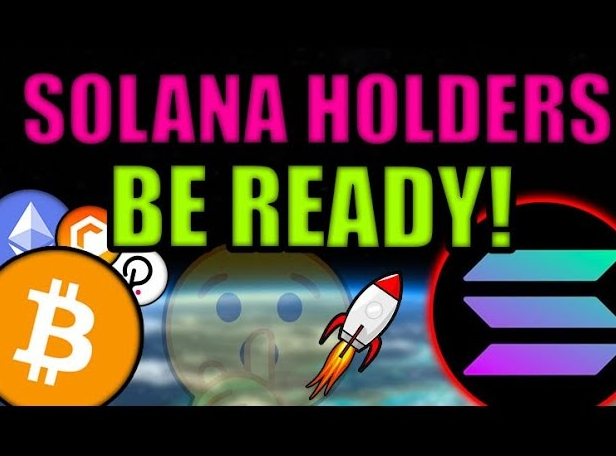 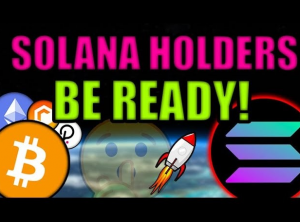 Following these modifications, SOL’s weekly performance ranked ninth among the 100 best cryptocurrencies. It is outperformed by APE, ATOM, EVMOS, XRD, RVN, RPL, and HNT. Moreover, they represent somewhat of a reversal for the alternative currency, which has endured a difficult 2022, with its value plunging by 85 percent from its all-time high of $259.96 in November 2021.

It looks that future expansion and evolution are propelling Solana’s native token skyward allowing it to recover lost territory. This is due to the fact that Solana anticipates a number of key developments, particularly interfaces with Helium and Hivemapper.

It’s also important to note that the 30-day moving average for SOL (shown in red above) is still lower than the 200-day average it’s been trading at (in blue). This suggests that it is still waiting for a rally, and given the current trajectory of its RSI, it is possible that such a rally may occur in the near future.

This suspicion is getting worse day by day as the Solana is getting more and more popular. In particular, it seems like the decentralized wireless service platform Helium is almost ready to migrate to Solana, currently awaiting a vote by its group. Solana is anticipated to be liberated later this year.

3 Factors That Led To Solana’s Success

It is essential to have an understanding of the factors that are contributing to the price of SOL going up despite the market being in a bear market. The following is a list of some of the occurrences that have contributed to the increase in price:

Successful Merger between Helium and Solana

The main team of the Helium Network, which allows visitors to become hubs for decentralized wireless 5G network, proposed a migration to the Solana blockchain on August 30. The creators of Helium stated that they made the switch to Solana in order to grow their operations more efficiently. In the Solana network, SOL is the staking and transaction payment token.

The Popularity of NFT

The most recent purchasing phase in the Solana market has also corresponded with upticks in the parameters that pertain to its nonfungible tokens (NFT). As per some statistics reported by Nansen, during the week that ended on September 11, visitors on NFT markets such as Metaplex, Magic Eden and OpenSea crossed reached 1.2 million SOL, which when converted to USD is almost equal to around $42.8 million. This was followed by an increase in the number of non-financial transactions, which reached a record high of over one million within the same time period.

The increase in Solana’s activities stood out as a lone bright light in the NFT industry, which has, on the whole, been experiencing decreasing demand over the last few months. For example, the number of contracts traded on OpenSea, the most important marketplace for NFTs, has significantly decreased. The freshly released “y00ts mint t00b” collection of Solana NFT has lately achieved the largest trading volume of all of the company’s collections. According to HyperSpace, the daily average number for trading volume is around $18.45 million.

From a technical point of view, the start of SOL’s 30% surge came when the stock tested a support level that was historically noteworthy. Since the 23rd of May, the SOL/USD exchange rate has been consolidating in a range that is defined by two trendlines that are flat and parallel. In the past, a rebound of 58%–60% toward the upper trendline has generally occurred after a dip toward the lower trendline (which acts as support) (resistance). 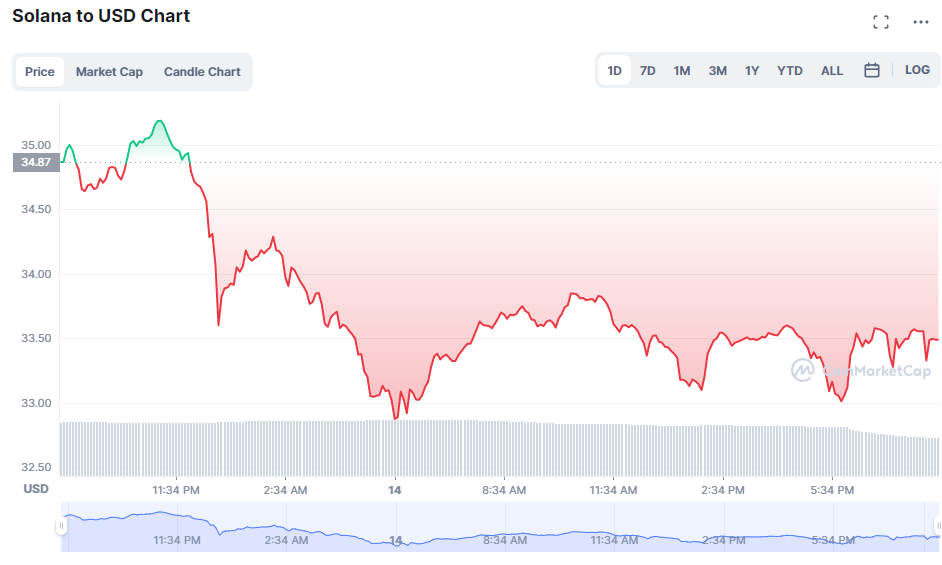 As a parallel example, a retreat from the higher trendline has caused the price of SOL to plummet toward the lower trendline, as can be seen in the chart below. Due to SOL’s recent recovery, the path of least resistance looks to be toward the upper trendline, which is located close to $47.50 and represents an approximate 38% increase from the current price levels.

Is Solana Better Worth Buying In 2022?

Solana is currently the fifth-largest layer-one blockchain in terms of overall locked-in value, according DeFiLlama. Through a study of the blockchain’s assets, this information was produced. In spite of this, it was anticipated to become even larger by the end of 2021, despite the ongoing bad market and a number of adverse technology issues.

Solana has experienced at least five failures in 2018, with the production of blocks being halted at various times owing to consensus process failures and other issues. In early 2022 and over the months of April and May, the SOL saw enormous price decreases due to these factors.

In addition, Solana endured a temporary power outage at the start of August; hence, it has only been during the past few weeks that it has been able to resume regular growth. Collaborations such as those described above, together with a variety of network advancements, have aided in this respect, and they should reduce the chance of future service interruptions.

In fact, a research issued by Bybit at the end of August concluded that Solana had enjoyed strong growth during the second quarter of this year. This was mostly owing to enhancements that helped draw more visitors to various activity areas, such as NFTs and DAOs.

According to the study’s authors, developer activity reached a new high of 1,100 daily active programs on May 30 for the first time during the second quarter. The forthcoming Solana Summer Camp Hackathon, which will take place in the third quarter, is anticipated to contribute to the industry’s continued growth.

This development is really promising, especially considering that Solana will have to continue launching new apps and enhancing its technology in order to keep up with Ethereum after the Merge that will occur this week. On the other hand, given that SOL’s price has risen much more than Ethereum over the previous week, it is possible that this may occur.