On September 12, 2022, a seven-day trial between crypto Twitter personality Hodlnaut and Australian computer scientist Craig Wright began in Oslo, Norway. The harsh culture of crypto-Twitter is emerging as a crucial subject in the court dispute.

The trial is being held to establish whether Hodlonaut’s tweets from 2019 are protected by free expression, in which he said Wright’s claims to be the pseudonymous creator of Bitcoin, Satoshi Nakamoto, were fake. 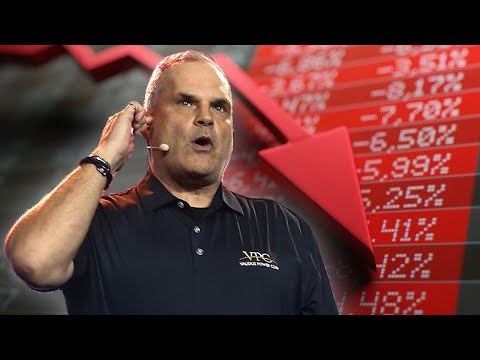 Background Story: What You Should Know About Hodlonaut vs Wright

Hodlonaut, called Magnus Granath in real life, was a public-school teacher with less than 8,000 Twitter followers when his tweets dubbed Wright a scammer and a fraud. The ongoing trial is part of the two simultaneous defamation suits around the same series of tweets. If Hodlonaut wins, Wright will be unable to collect libel damages for the tweets in his lawsuit in the United Kingdom.

I need your help to finish a fight that began back in March, 2019. https://t.co/iR55reaLKW

Satoshi Nakamoto, the person behind the 2008 Bitcoin whitepaper, was active on internet forums until 2010, discussing the future of Bitcoin and mining to keep the network running. Nakamoto mysteriously vanished in 2010, leaving the community to speculate about his genuine identity.

Wright requested that Hodlonaut remove the tweets accusing him of being a fraud for claiming Nakamoto’s identity and that a public declaration be published saying that Wright was, in fact, Nakamoto himself. Hodlonaut removed the tweets but has made no public comments so far

Insights into the Hodlonaut vs Wright Trial: What’s Going On?

Attorneys for Hodlonaut presented Satoshi Nakamoto lore in their opening statements, highlighted a trail of Wright’s widely disputed claims, and focused on his alleged proclivity for forging documents and manipulating evidence in the past to buttress his position.

Salvesen Haukaas, Hodlonaut’s attorney, also read news items depicting Wright’s connection – or lack thereof – to the creation of Bitcoin. No new proof was presented to the court either on Satoshi’s real identity or Wright’s claimed fraud.

Documents from previous litigations involving Wright were also presented to District Court Judge Helen Engebrigtsen. The estate of Wright’s former friend and business colleague Dave Kleiman initiated the 2021 action, as well as records from his 2015 legal issues with the Australian Tax Office, in which Australian officials accused Wright of manipulating evidence and fraudulently claiming to be Satoshi.

The next day saw opening arguments from Wright’s primary attorney, Halvor Manshaus. He told the court that proving Wright’s control of Satoshi’s private keys – a move many of Wright’s detractors believe would end the years-long dispute over his claims – will not be enough and hence will not be pursued.

Instead of cryptographic proof, Manshaus attempted to persuade the court of his client’s identification as Satoshi using other pieces of evidence. He tried to build a case around his personal background reportedly related to Bitcoin’s inception. Manshaus chronicled Wright’s boyhood in Australia, where he spent time with his grandfather and learned to code and operate a ham radio.

Wright’s long-standing affinity with Japanese culture was also put forth to explain his choice of pseudonym, supported by a comment from Wright’s mother in “The Satoshi Affair“. Satoshi means “Ash” in Japanese, according to Manshaus, and Wright picked it because he wanted Bitcoin to demolish the legacy banking system and “rise like a phoenix from its ashes.”

In due course of the trial, attorney Marie Bjrk Myklebust’s spotlight on Hodlonaut’s remarks against Wright in the context of what is now called “crypto Twitter” could be a game-changer. Myklebust suggested that several thousand tweets had already been published between November 2018 to March 2019 with similar themes and hashtags like #Faketoshi before Hodlonaut’s tweets and that the latter was just a part of this Twitter wave at the time.

Wright’s attorneys had initially complained that Hodlonaut’s use and popularity of the hashtag #CraigWrightIsAFraud in his 2019 tweets resulted in “serious harm to [Wright’s] reputation” and “injury to his feelings”. Myklebust simply drew out arrays of tweets earlier than 2019 calling Wright a fraud and demanding cryptographic proof that he is Satoshi. 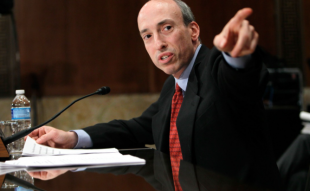 SEC’s Gary Gensler’s Speech: A Sign That Crypto Will Be More Valuable?

Join Our Telegram channel to stay up to date on breaking news coverage Chairman ...

Gwinnart Kongphet •Updated: 06 October 2022 Updated : Updated: 06 October 2022
View All News
Note that the content on this site should not be considered investment advice. Investing is speculative. When investing your capital is at risk. This site is not intended for use in jurisdictions in which the trading or investments described are prohibited and should only be used by such persons and in such ways as are legally permitted.