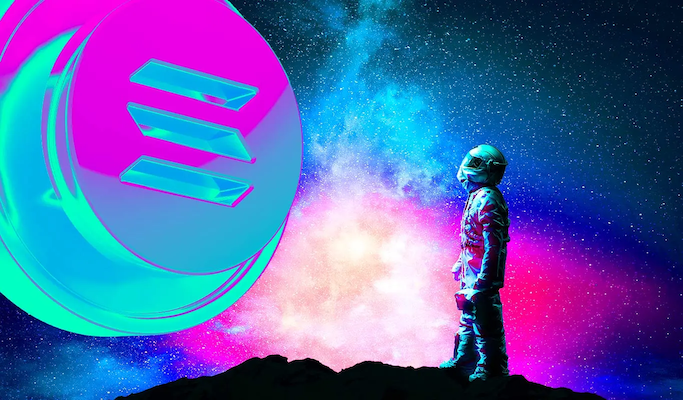 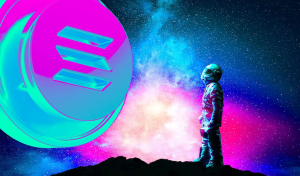 In an extremely positive turnaround for Solana token holders, according to Solana Compass, Alameda no longer controls the hundreds of millions of dollars of SOL tokens. Instead, Alameda Research liquidators now do. The platform tracks SOL’s trading activities using on-chain metrics. Alameda Research previously held 48,636,772 SOL tokens, according to the Solana tracking platform. The controlled tokens are now worth more than $643,000,000.

The recent market conditions have resulted in a 95% drop in the price of SOL from its all-time high of $259. Meanwhile, members of the Twitter community speculate that Alameda Research controls 13% of the total Solana supply. Solana Compass has refuted the notion that Alameda’s large holdings of SOL could lead to massive selling pressure. According to Solana Compass, the locked token is subject to chapter 11 bankruptcy and may not be unlocked until the liquidation process is completed.

By shedding more light on the current situation, the tracking company debunked the percentage-controlled Alameda. According to Solana Compass’ official Twitter account, Alameda no longer owns the SOL; the liquidators do. The SOL on the chart is locked and cannot be sold for a long time. Regardless, Chapter 11 means that nothing can be sold until the bankruptcy is completed, which could take 10 years or more.

Another Twitter user explained: “Liquidators are required to seek the best price for the liquidated assets, which is typically accomplished through OTC sales.” This 9% supply will be absorbed by other investors rather than dumped into order books.

To reduce the market chaos caused by the misinformation, Solana Compass has clarified that Alameda’s Solana token is locked. Because the staked tokens are not in circulation, they cannot be sold on the open market.

According to the company, the current percentage of circulating SOL in the stashed token is 0%. The Alameda locked Solana token represents only 9% of the total supply of SOL, not the alleged 13%. A legal document also indicates that the token may not be circulated after the unlock.

The locked account contains 4,508,491.95 SOL and will be unlocked at 00:00:00 on March 1, 2025. According to the on-chain analytic platform, Alameda Research was previously the largest holder of the SOL locked account prior to the FTX crisis. Since Binance publicly declared its intention to sell FTX’s native token, the two SBF firms have been mired in debt. The failure of FTX, one of the world’s largest cryptocurrency exchange platforms, has had a significant impact on several companies and stakeholders.

Phantom, the Solana-centric crypto wallet, is expanding its support to two other blockchains, Ethereum and Polygon

In other positive news for Solana, Phantom is expanding users’ access from Solana to all three ecosystems by adding support for Ethereum and Polygon, according to Brandon Millman, CEO and co-founder of Phantom. “We want to bring communities from across web3 together with a safe and simple self-custody product suitable for mainstream adoption.”

The new Ethereum and Polygon integrations are now available in beta mode on Phantom’s browser as well as iOS and Android apps, with a public launch planned for the first quarter of 2023, according to Millman. This means that users can trade, receive, and swap tokens in its wallet while also collecting NFTs from all three blockchains.

Millman, Francesco Agosti, and Chris Kalani, Phantom’s three co-founders, used to work in the Ethereum ecosystem at 0x, an Ethereum-focused financial protocol, so integrating the blockchain into Phantom’s wallet was “always something we aspired to do,” Millman said.

Phantom currently has over 2.5 million daily user sessions and over 25 million monthly on-chain decentralized application (dApp) transactions. It launched an in-wallet token swapper in June, allowing users to transfer tokens, and it claims to have completed over $1 billion in swap volume to date, with each transaction costing less than one cent in network fees.

Phantom was valued at $1.2 billion in January after a $109 million funding round led by Paradigm. Andreessen Horowitz, Jump Capital, Solana, and Variant are among the other investors in the crypto wallet.

Millman observed that the crypto world is rapidly evolving. “No one expected multi-chain to be a thing, and Ethereum was seen as the only place for users and developers to interact with the world of web3.” But it’s now widely accepted that the world is transitioning to a multi-chain world, and competitors to Ethereum and Solana are emerging.”

While a number of blockchains compete for market share, Millman believes the crypto ecosystem will eventually settle on three to five major blockchains rather than “thousands of chains.” “There will be consolidation around it.”

According to the announcement, the Phantom team will collaborate closely with Polygon to develop a wallet compatible with the layer-2 blockchain ecosystem. “Working with Phantom will enable us to deliver a feature-rich wallet that is ready for mainstream consumers to use when interacting with Polygon-powered apps,” said Ryan Wyatt, CEO of Polygon Studios.

Phantom will consider making its crypto wallet native with other blockchains in the future, according to Millman. “I believe the overall wallet space will expand significantly, particularly in light of recent failures involving centralized systems.” Non-custodial and self-custodial systems will play a significant role.”

Through automated warnings of potentially malicious transactions or websites that could compromise individuals’ wallets, assets, or permissions, the non-custodial wallet also aims to focus on security and protect users against spam NFTs and phishing attacks.

“We’ve gone to great lengths to improve the experience around ‘transaction preview,’ [as well as] the ability for a user to understand what they’re authorizing when interacting with a web3 application,” Millman said. “Our transaction preview technologies have saved over 20,000 wallets and over 3,000 unique users in the last month alone.”

Phantom has also gone to great lengths to remove fake phishing websites, and has assisted in the removal of over 2,000 fake websites targeting Solana communities, according to Millman.

In the long run, Millman believes Phantom will become the “onboarding and discovery point for users entering web3,” much like Google Chrome has become synonymous with the internet or Web 2.0. “That’s our goal with Phantom for web3: if a user wants to interact with web3, we want them to download our app first.” That is our goal and our compass.”

Will Solana make a comeback?

On its network, Solana supports a variety of projects, including NFTs, Web 3 protocols, Metaverse, and play-to-earn games. STEPN, Serum, and Star Atlas are among the well-known projects running on the Solana network.

There are currently over 350 projects built on top of the Solana blockchain due to its high transaction throughput.

In the cryptocurrency and blockchain worlds, the Solana network has good use cases that would keep its utility leg active. Only cryptos with real-world use cases will survive in the long run, while the rest will perish if they do not provide solutions. It is therefore likely Solana will make a strong comeback and be one of the best performers in the next crypto bull cycle, which may be about to start. 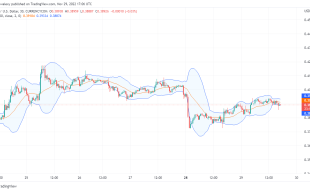