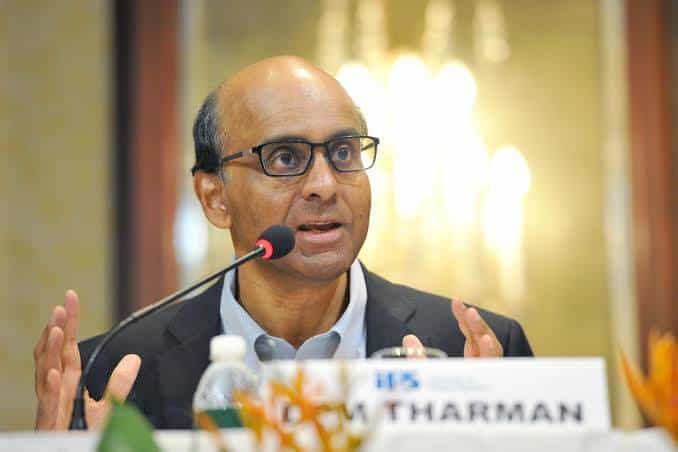 Singapore is a crypto-friendly country. However, the stance of the country can sometimes be to its detriment, as scammers can find it easy to run their operations on unsuspecting investors.

According to a December 3 report from the Stratis Times, Tharman Shanmugaratnam, the chairman of the Monetary Authority of Singapore (the de facto Central Bank of the city-state) has found himself unwittingly caught up in a Bitcoin investment scam, after his face and name were used to promote the scam.

Citing a statement from the regulator, the news medium explains that the scam involves a website that pretends to be a legitimate media organization in Singapore. Interested investors are then asked to make payments into an account, with the promise of returns and all of the common characteristics of a scam. Some are even asked to provide their credit card information.

This isn’t the first time that the policymaker’s image will be used as a poster boy for a crypto scam. Last year, when he held the position of Deputy Prime Minister, his name was used in an article that promoted a crypto scam. The article described him as a venture capitalist who was heralding the move of Singapore into the crypto space, adding that he had invested $1 billion into the scheme as a means of helping everyday citizens become rich. If only that were true.

Just One of the Many Scam Options Out There

Impersonation scams are one of the oldest forms of criminal activities in the book. Operators of these schemes often take the names of notable people (usually celebrities and famous names from the world of media and entertainment) and paint them as endorsers and investors in the scheme. This way, unsuspecting people are drawn to the schemes and are more comfortable with putting their money.

Facebook users are being warned of another bitcoin scam, this time impersonating former NSW premier Mike Baird in a fake celebrity endorsement. https://t.co/SQngT9uArc

At the end of the day, who wouldn’t want to make money from the same investment option that pays Bill Gates? Sadly, this isn’t the only crypto scam that there is, and it doesn’t seem to be close to the most profitable. For this year, that title will probably go to ransomware attacks. While they were a bit quiet last year, ransomware has made a massive comeback into the crypto space, with hackers employing more targeted attempts and requesting cryptocurrencies in exchange for access to their victims’ information.

In general, cryptocurrency scams have done pretty well for themselves this year. The Cryptocurrency Anti-Money Laundering Report for Q3 2019 from cybersecurity giant CipherTrace showed that the first nine months of the year alone, the total volume of crypto-related theft and fraud have led to about $4.4 billion in losses.

The company had initially estimated that we could see about $1 billion in scams this year, but the numbers gotten as at Q3 alone have blown that estate out of the water.