Homenewssaudi shibu inu worth investing or another scam

At this point, it is safe to say that memes play an integral part in the cryptocurrency ecosystem.

Last year, the world’s richest person, Elon Musk insinuated the potential of Dogecoin, which had become the reason for many young people to explore the blockchain market.

And only time will tell whether the market is hot to trot on the brand-new meme-based blockchain project – Saudi Shibu Inu.

What Is Saudi Shibu Inu, And What To Expect?

Saudi Shibu Inu is a cryptocurrency project based on the Binance Smart Chain (BSC).

Even though the token managed to shoot up by 450% in just a couple of hours, and in a week, it managed to go up by an additional 150%, the response by the crypto enthusiasts has been quite ambiguous.

And rightly so, because of the shady impression. The circulation is unknown. The market cap is unknown. But there’s more than just the shady nature of affairs.

SAUDISHIB charges transactional fees and has no utility – the two big red flags. This makes the project less attractive.

However, the surge has been due to other incentives provided by the currency owners:

Also, the apprehensions whether the increase in token price is a mirage, and once investors start selling, a snowball effect might follow.

Profitability completely depends on the action of the investors, which makes the investment extremely dicey and, therefore not a sound long-term investment. Additionally, the owners won’t include any farming services or liquidity pools since they believe it will have a negative impact on price fluctuations.

In comparison to the hype of Dogecoin, there isn’t much talk around Saudi Shibu Inu, maybe due to the lack of originality in its structure, concerns about longevity and credibility and this is why it is unlikely to be a hit.

As the name suggests, the project aims to attract ‘Saudi’ investors. The owners will have to come up with a more solid plan, especially a utility backing to captivate the attention of the potential and targeted buyers.

How Does The Meme Coin Market Look?

Even now, given the bearish mood of the market, meme coins are on an uptrend.

Yesterday, Shibu Inu, based on the same doge meme as Dogecoin, saw a surge of 34% and is currently the most trending digital asset on many crypto websites, including InsideBitcoins. The cause of the ascend might be many positive developments taken over some time, such as Shibarium Layer 2 Blockchain.

Recently a bunch of senior investors, even amateurs, have indicated that Tamadoge might have the energy to go higher than Shibu Inu did. It is currently on pre-sale and, while writing this article, has already raised 4.4 million USDT in record time.

This activity in the market has made investors question whether to buy Tamadoge or Saudi Shibu Inu.

What Is Tamadoge? And Whether Its a Better Investment than Saudi Shibu Inu?

Tamadoge is deflationary meme crypto with a utility, which makes it stand alone among the infamous non-utility trending cryptos. It operates on an ERC-20 token and includes a few P2E gaming elements.

The skilful and talented players will have opportunities to win different prizes and it mostly revolves around ‘taking care’ of dogs and preparing them for battles.

It seems like a child’s play, however, if players don’t feed and take care of them correctly, they might end up as Tamaghosts and lose their powers.

Also, the platform doesn’t charge transactional fees, which makes it tempting to explore. It compensates by generating revenue from small sales fees on items brought from the Tamadoge store.

Most importantly, Tamadoge is audited by Solid Proof, and Coin Sniper verified, which makes the coin credible compared to Saudi Shibu Inu. Because of all these qualities, its presale has surpassed 4.4 million USDT in the collection, and the sale is set to close in a few days.

Moreover, the future vision of the token owners looks promising, with plans to enter the augmented-reality world and build games such as Pokemon Go.

Tamadoge appears to be entering into a traditional business format, with promising prospects and an aim to generate revenue.

In comparison, Saudi Shibu Inu works to earn profits, at least by the impressions it reflects.

The market has seen many meme coins come and go, right now all we can hope is ‘MAY THE BEST FOR THE MARKET PERSIST’. 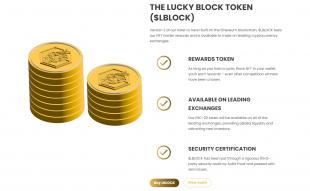