Ethereum-Linked sidechain, Ronin Network has announced the addition of four new validators to its network. According to a post on its Twitter page, the team revealed that the addition would ensure the activeness and swift response of validators backing the network. Consequently, the development will further strengthen and secure Ronin against future attacks.

The team revealed that it mechanized a careful process before picking the new validators. As disclosed, the first validator Coco. The post described the new validator as a fan of Axie Infinity since the platform’s inception. Accordingly, Coco owns some unique Axies and plots of land in Lunacia. The team added that the new validator would be in charge of the technical portion that oversees the server’s running.

Furthermore, the team divulged that another enthusiast of Axie Infinity, Dialectic emerged as a second validator. The ronin team made it known that the new validator had investments in Axie Infinity and Sky Mavis. The team added that dialectic has overtly shown interest and support towards ensuring that the network continues to push forward.

Qu3st is another validator unveiled by the team. According to the post, Qu3st is a second group to emerge through the community application exercise. As reported, Qu3st promotes model Lunancians for the digital game nation via a gaming culture, orientation, and positivity. In addition, Qu3st is in charge of the Axie creator initiative.

The Ronin team unveiled YGG as the fourth validator on the list. The team indicated that YGG is a pioneering Web3 guide connected to the Axie community. According to the revelation, the YGG DAO owns above 26,000 Axies and 235 parcels of virtual lands.

Since the Ronin Network suffered a security breach that cost about $625 million around March, Sky Marvis vowed to improve its security. In a press statement, the company admitted that it didn’t pay enough attention to the security of the Ronin Network Bridge. The company revealed it would set up internal security measures to counter future attacks.

Since then, Sky Marvis has embarked on numerous quests to push the ugly memories behind. In one of the attempts, the firm raised about $150 million to compensate those who lost funds to the attack. Other notable brands like Binance, Animoca, Dialectic, Accel, and Andreesen Horowitz contributed to the course.

The addition of the validators further underlines the firm’s commitment to the platform’s security. According to the recent announcement, the Ronin team acknowledged its willingness to welcome more validators aboard. Subsequently, the team revealed that interested validators could show interest in consideration. 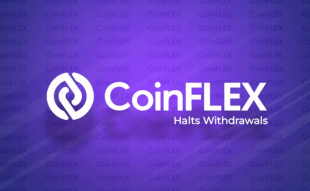 Popular crypto exchange, CoinFLEX has now dismissed many of its employees. The exchange confirmed ...