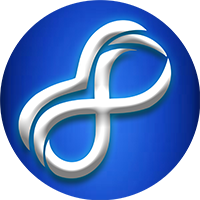 The non-fungible token (NFT) landscape is one of the most active in the crypto space. In the past year, millions of wallets have transacted over $40 billion worth of cryptos. The Metaverse ecosystem is also experiencing the same rapid growth, and its combination with the NFT sub-sector has introduced Battle Infinity, a promising ecosystem for the coming years.

One of the most notable NFT projects is Axie Infinity, developed by Sky Mavis. The blockchain gaming platform of Asian descent allows players to battle, breed, collect, and trade in-game NFT characters called Axies. In the last 12 months, Axie Infinity became the major blockchain gaming protocol. However, a twin combination of a Ronin platform hack and the broader market downtrend caused Axie to lose some of its steam.

Another NFT project is currently on track to replace the former NFT darling. Launched in one of Asia’s most promising crypto regions, India, the Battle Infinity game combines NFTs and the Metaverse. Can it truly become the next Axie Infinity? The signs say so.

Battle Infinity is a fantasy sports blockchain project. It is a new crypto games project and a conflagration of the digital collectible and virtual reality ideals. Players can purchase in-game assets and enjoy immersive experiences in its Metaverse space, IBAT Battle Arena. While in the space, players can interact with one another, perform, watch, and explore the Battle Arena virtual world as much as they want.

Battle Infinity has an Indian development team backing it. India commands one of the most vibrant and intellectual workforces in the world. Some of the brightest minds in the world of science and technology are Indians. Many Indians are mathematically-inclined, meaning coding skills are second nature to many of them. Popular projects, like layer-2 scaling protocol Polygon, have founders from India, pointing to India as a coding superpower. Battle Infinity could end up becoming the next Polygon.

Operating on the Binance Smart Chain (BSC), Battle Infinity is suited to widespread adoption due to its lower gas fee landscape and a faster transaction speed than the Axie Infinity network, which started on the Ethereum network.

Fantasy Sport and Metaverse – A Clear Win for the Future

Fantasy sport has begun to see mainstream growth following the global pandemic that started in 2019. According to a report, the global fantasy market has boomed to $20.14 billion and is expected to hit $34 billion in the next five years while posting a compound annual growth rate (CAGR) of 11.47%.

The Metaverse ecosystem is also set for astronomical growth in the coming years as multiple industry reports are generally bullish. With a combination of these two promising ecosystems, Battle Infinity would likely secure a large market penetration once these ecosystems hit full steam.

India’s strong interest in crypto and the play-to-earn (P2E) economy points to an addressable home market. So Battle Infinity is already beginning its journey on a successful footing. What makes this even more exciting is the strong growth the Indian fantasy sports market has been seeing. According to a Deloitte and Federation of Indian Fantasy Sports (FIFS) report, the Indian FS market has grown from INR 34,000 crore to over 13 crore registered users, representing a 38% CAGR in the last couple of years. This is a strong showing and one Battle Infinity is tapping into.

The NFT and Metaverse ecosystems have experienced exponential growth in the past year. But with the good have come several fraudulent scams, popularly called rug-pulls in the crypto space. However, Battle Infinity is one of the genuine NFT plus Metaverse projects. How do we know? We checked it out on the popular crypto verification platform, CoinSniper.

The CoinSniper platform revealed that Battle Infinity is KYC (know-your-customer) verified and has raked in over 193,900 votes. This debunks the idea that the Battle Infinity team looks to take investors’ funds and disappear off the face of the earth.

Additionally, Battle Infinity’s smart contract has been audited for vulnerabilities by SolidProof.

Presale and How to Get on

The Battle Infinity is set to hit the public scene once it enters Phase 3 on its roadmap. To allow early bird investors to maximise profits in the coming months, the presale of the IBAT token is now live.

IBAT’s presale price is pegged at $0.0015, and principal founder Suresh Joshi says investors can buy Battle Infinity with as little as 0.1 BNB. The BEP-20 token has a hard cap of 16,500 BNB. The presale has a 90-day duration starting from July 11.

Early investors can jump on the train by visiting the presale launchpad website and connecting their Metamask wallet. After connecting, they can insert how much they want to invest and click on ‘Buy IBAT’ to receive their tokens. 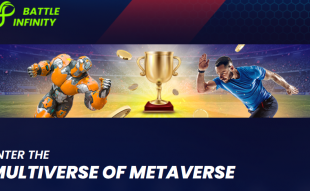 The potential in blockchain technology-backed cryptocurrencies can’t be ignored for long. Along With other ...