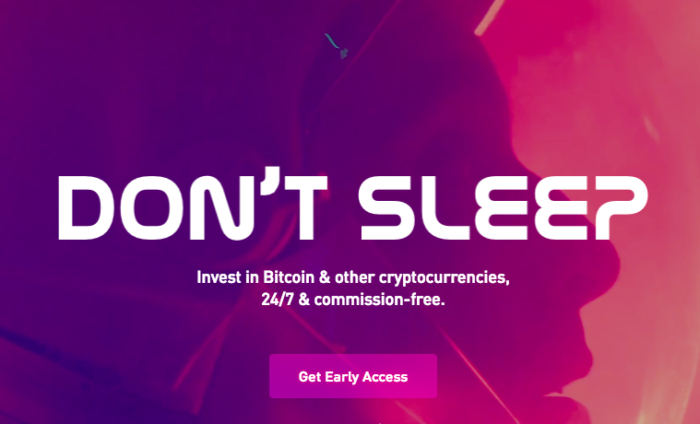 The announcement came via a company blog post, where Robinhood also revealed that trading will be available for residents of five U.S. states – California, Missouri, Montana, Massachusetts and New Hampshire.

After Robinhood announced its plan to launch the commission-free trading in 16 digital assets a month ago, it registered over 4 million accounts from people intending to trade on the platform.

“Together, we reached four million users and well over $100 billion in transaction volume on our brokerage platform, leading to over $1 billion in commissions saved in equity trades. With the release of Robinhood Crypto, we’re continuing our mission of making the financial system work for everyone, not just the wealthy.”

Robinhood’s app has gained popularity by offering stock traders the chance to trade with zero fees. The company plans to offer nationwide service by midyear.

It has taken clear aim at the millennial market with both its original stock trading app and now with cryptocurrencies — at the center of the marketing campaign is a slick, electronica-tracked short film called “Don’t Sleep” which shows a young trader disrupting the stodgy old brokerage scene.

The Traders at Robinhood crypto platform can also track the price of 16 digital currencies. Popular digital coins include XRP, Zcash, Bitcoin Gold, Litecoin, Ethereum Classic, and Dogecoin. Monitoring and tracking prices of these 16 cryptocurrencies are available for all users, wherever their location.

Survival of the Fittest – Robinhood vs. Coinbase

Lately, the brokerage app expressed that the aim behind instituting the commission-free digital trading platform is to draw in new customers.

The launch of Robinhood Crypto could sting companies like Coinbase and other fee-charging exchanges, which have netted millions from commissions. Last year, the company saw its revenue top $1 billion. At present Coinbase has the lead with over 13 million accounts, thanks mainly to its ease-of-use and links to traditional banking platforms.

In addition to launching its crypto trading platform, Robinhood also introduced “Robinhood Feed” — a platform for investors to discuss digital currencies, market news, and trends in the market. The feature is only available for some, but the company soon plans to offer it to all customers.

Robinhood has expertise in running lean operations that cut cost around backend operations. However, with crypto trading, the company will have to ensure security is at its best, to avoid the hacks and failures that have plagued other platforms.

Cryptocurrencies have lured the new generation to the financial world and — given its popularity in that demographic — Robinhood wants to be the one-stop trading platform where both traditional and digital trading is available for free.

Will Robinhood Crypto outperform giants like Coinbase this year? Let us know your opinion in the comments section.