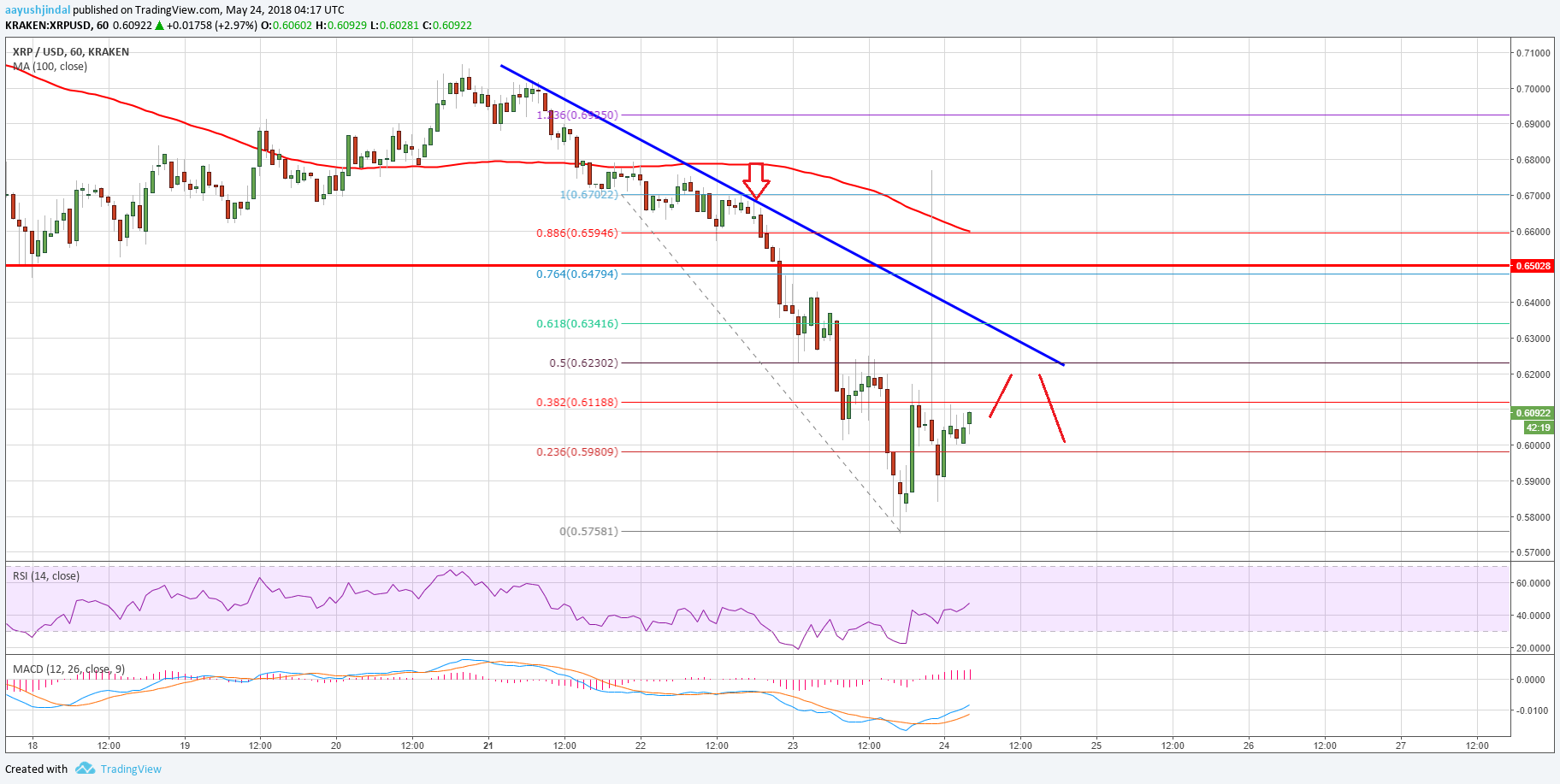 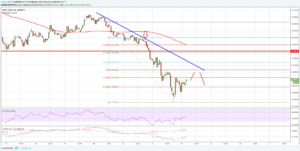 Key Highlights Ripple price declined further and traded below the $0.6000 support level against the US dollar. Yesterday’s highlighted important bearish trend line with current resistance at $0.6300 is intact on the hourly chart of the XRP/USD pair (data source from Kraken). The pair is currently correcting higher and it may face hurdles near the $0.6200 and 0.6300 levels.

Ripple price remained in a bearish zone against the US Dollar and Bitcoin. XRP/USD traded towards $0.5750 before starting an upside correction towards $0.6200.

After a minor upside correction, Ripple price faced sellers near $0.6300-0.6400 against the US Dollar. The price started a downside move and declined below the $0.6200 and $0.6000 support levels. The decline was crucial since the price traded close to the $0.5750 level. A low was formed near at $0.5758 before the price started an upside correction.

Hourly MACD – The MACD for XRP/USD has moved back in the bullish zone.

Hourly RSI (Relative Strength Index) – The RSI for XRP/USD is currently moving higher towards the 50 level.