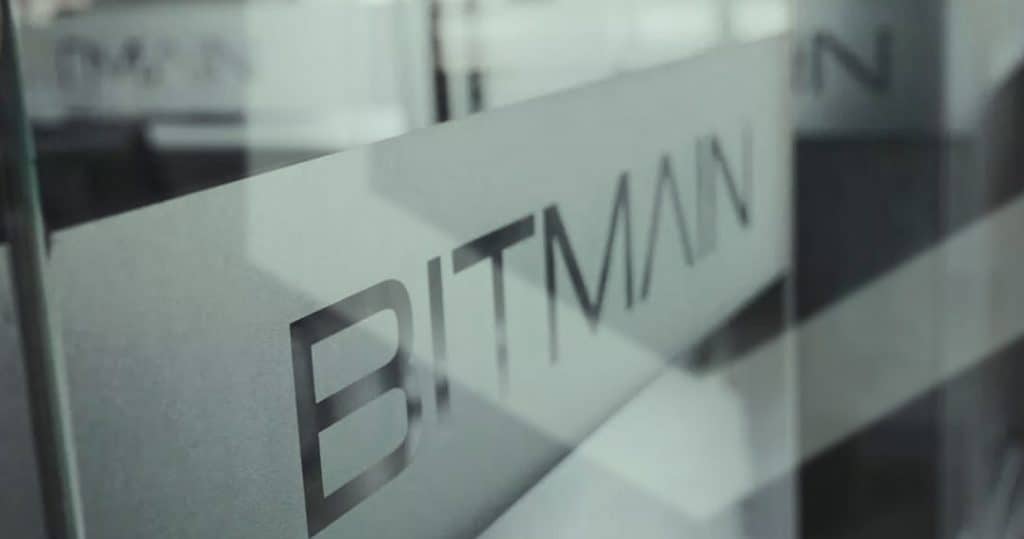 Bitmain, the largest manufacturer of cryptocurrency mining equipment in the world, is beginning to make quiet moves as it looks to secure a massive Initial Public Offering (IPO) in the United States. According to an October 30 report from the Chinese news medium Tencent News, Bitmain has filed an application for an IPO with the United States Securities and Exchange Commission (SEC). Citing sources close to the company, Tencent News reported that the application has been sponsored by German investment banking giant Deutsche Bank, although the amount to be sought remains yet unknown.

The IPO was reportedly led by Jihan Wu and Liu Luyao, the Chief Executive and Chief Financial Officers at the Chinese mining giant, according to Tencent. To improve its prospects in American, the firm has also reportedly hired Zheng Hua, a former Chinese representative for the NASDAQ, as a consultant. The review process for the SEC application is set to cover three rounds of inquiries, with the total time estimated to be around 1 to 2 months.

This isn’t the first time that Bitmain will be looking to take its company public. The company filed for an IPO with the Hong Kong Stock Exchange (HKEX) on September 26, 2018, but the process fell through. Bitmain had multiple problems at the time. Beyond the fact that the company had been hit with crypto winter, which eroded the total value of the global crypto market last year, regulators also weren’t sure of the IPO’s reliability.

As the South China Morning Post (SCMP) reported on December 19, regulators at the HKEX said that it is “premature for any cryptocurrency trading platform – or business associated with the industry – to raise funds through an IPO in Hong Kong before the proper regulatory framework is in place.”

Eventually, things died down as regards the IPO. On March 25, Dovey Wan, a Chinese crypto insider and founding partner of Primitive Ventures, posted on Twitter that the filing had elapsed the HKEX’s six-month review window, essentially rendering the application null and void.

There is a 6 months window for an IPO filing to be moved into IPO hearing stage, if the hearing does not happen in 6 months it will automatically expire ????️????️????️

Bitmain’s next attempt can be NASDAQ but it needs to find another underwriter, and fix its financials

Ready to run it back

Now that the crypto market has seen a resurgence, it would seem that the Chinese company is fancying another crack at the IPO. And it definitely has a lot to brag about. Earlier this year, we reported on the grand opening of Bitmain’s mining farm in Rockdale, Texas, which it claims would be the world’s largest single cryptocurrency mining facility.

In addition to that, Bitmain announced at the World Digital Mining Summit in Frankfurt earlier this month that it had launched the World Digital Mining Map, a platform that can connect crypto mining hardware owners with mining farms in their vicinity. Thanks to the platform, mining hardware owners will now be able to connect with farms close to them, host their gear there, and use the farms’ affordable electricity to run their operations.

The company has also made a few administrative changes. Earlier this year, Jihan Wu and Micree Ketuan Zhan, both founders of the company, vacated their positions as co-CEOs, and while they remained affiliated as the company, they were replaced by Wang Haichao, the firm’s former Director of Product Engineering. However just yesterday, Dovey Wan posted on Twitter that Zhan, has been completely booted out of the company.

Referencing an article posted by Bitmain to that effect, Wan reported that Zhan and Wu seemed to have had a disagreement about the company, and the latter proceeded to kick his partner out completely.