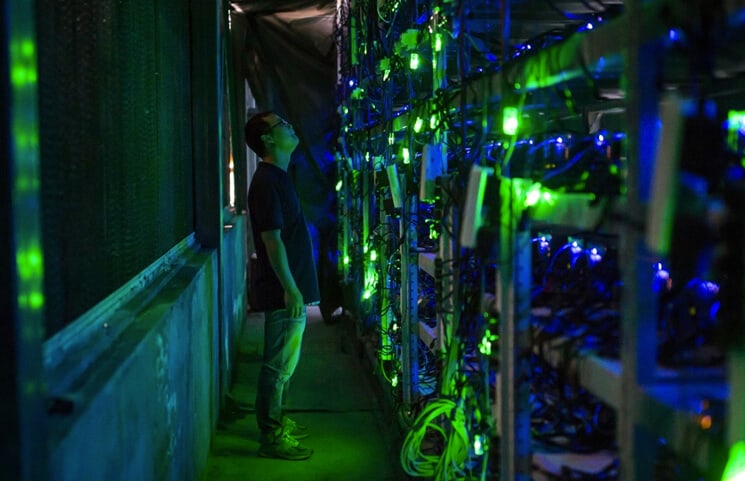 Bitmain, the largest manufacturer of mining equipment in the world, is taking a giant stride at expansion, and they have chosen the United States as a site for their next initiative. In an October 21 press release, the mining giant announced that it had opened a mining facility in Rockdale, Texas.

According to the release, the new location, which is now the world’s largest mining facility, was developed by Bitmain in collaboration with the Rockdale Municipal Development District and DMG Blockchain Solutions, a tech firm located out of Canada.

A lot of potential on this location

The facility sits on a site that measures 33,000 acres, and according to the release, while it currently has a 25MW capacity, there is a potential to increase significantly to 300MW in the future. DMG will be providing hosting and management services for the plant, and the firm will also be working with Bitmain to help ensure an expansion of its facilities and the maintenance of the overall mining operation. In collaboration with the Municipal Development District, both companies will form an on-ground team, thus ensuring that things continue to run like clockwork at the plant.

Bitmain added that it is currently sourcing for local suppliers to help with construction, while also reiterating its commitment to Electric Reliability Council of Texas, Rockdale’s electric grid operator, for energy provision and supply. Bitmain will also be working on launching training initiatives and educational programs for people interested in learning more about mining enter operations and blockchain technology, and it announced a partnership with the Rockdale school district in a bid to get that done.

This isn’t the first contact between Bitmain and the state of Texas. Plans to build a mining facility in Texas were first announced on August 6, 2018, when the Chinese mining giant confirmed that it would be committing about $500 million to the development of an outfit in Texas. At the time, Bitmain even posted vacancies for a Project Manager and a Data Center Site Manager in Rockdale, as the company was hoping to create up to 4300 jobs through the investment. However, it all came crashing down soon afterward. The crypto winter hit Bitmain hard, and the company as forced to scale back on several projects as a result.

Although the planned Rockdale mining center had generated a lot of excitement on its announcement, Bitmain had to pump the brakes for the time being, as Texas Public Radio reported on January 10. However, the crypto market has seen a renaissance in 2019, with asset values rising significantly. Bitmain has benefited from this, and it now seems ready to resume with its Texas ambitions.

Texas: the next crypto mining hub

The initiative is a further push for Texas to be a mining haven. On October 15, news medium Fortune reported that Layer1, a cryptocurrency infrastructure firm based out of San Francisco, will be opening a full-stack mining and development center in West Texas.

Backed with a new $50 million funding round and saddled with a mission to completely revolutionize the crypto space in America, Layer1 will reportedly be integrating its mining outfit in Texas, with a wind-powered Bitcoin mining facility set to be launched in the state. Per the report, Alexander Leigl, the co-founder of the mining company, pointed out that Texas competitive electricity prices and a rather enabling policy for cryptocurrency mining. By employing appropriate cooling technology, Layer1 will be hoping to turn Texas into the next mining haven. The interest in Texas is growing, and the United States is gradually emerging as a destination for mining.