The chair of the European Central Bank, Christine Lagarde, the Chair of the US Federal Reserve, Jerome Powell, and the BIS general manager, Agustin Carstens, have shared their views on the decentralized finance (DeFi) sector, urging for a broader regulatory oversight.

Lagarde, Powell, and Carstens were speaking on an online panel organized by the Bank of France on Tuesday, where they outlined the gaps in the growing DeFi industry.

While speaking on the matter, Carstens said that DeFi platforms facilitate lending, borrowing, and trading services. However, the platforms facilitating these services exposed them to traditional finance risks like counterparty risks, leverage risks, and liquidity. The DeFi space did not have the infrastructure to address this.

According to Carstens, the biggest problem in the DeFi sector in its current form was “self-referencing” transactions that are not linked to real-life transactions. He also said that DeFi applications mainly relied upon collateralized arrangements and that stablecoins were the main driver of the DeFi space.

The BIS general manager also said that collateralization was ineffective and that the governance of many DeFi transactions lacked a proper establishment. Moreover, to a large extent, DeFi transactions depended upon “exchange houses” that did not segregate duties and were short of accountability.

All these issues have led top Carstens to believe that there are “structural problems” and “intrinsic weaknesses” within DeFi lending platforms. These issues could explain why stability has been lacking in the sector, and the BIS chief added that this was his primary concern.

On the other hand, the Fed Chair, Jerome Powell, said that the monetary policy normalization that has been seen globally revealed that there were significant structural issues that lay in the DeFi sector. According to Powell, the lack of transparency was the main issue that needed to be solved.

In his speech, Powell said, “The good news, I suppose, is that – from the financial stability standpoint – the interaction between the DeFi ecosystem and the traditional banking system is not that large at this point. We were able to witness the DeFi movement, but it didn’t have a significant impact on the broader financial stability.”

Powell has also said that the current situation in the DeFi sector would not persist for the longest time, adding that regulators needed to be careful on how the sector would be brought within the regulatory scope.

Cryptocurrencies are “an enigmatic phenomenon”

The President of the ECB, Christine Lagarde, has called cryptocurrencies “an enigmatic phenomenon” that has gone from being a cultural hype supported by libertarians and promoted by the creator of Bitcoin as a tool accepted by Mastercard, PayPal, and Visa.

Lagarde has also spoken about the collapsed Terra ecosystem that has “abused” the cryptocurrency sector. She also talked about the co-founder of Terra, Do Kwon, saying that he was part of the “enigmatic coin” and that the collapse was the primary motivation for bringing regulations to the sector.

Lagarde has also called upon Europe to be proactive in experimenting and innovating in digital central bank money. She added that if this were not done, Europe would risk losing the anchor role that it has held for many decades. 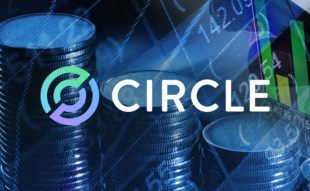 Join Our Telegram channel to stay up to date on breaking news coverage Circle ...